What can ‘smart intersections’ do for a city? Chattanooga aims to find out.

Sensors can help make an intersection more knowable. Here's how a network of them could help a Tennessee city. 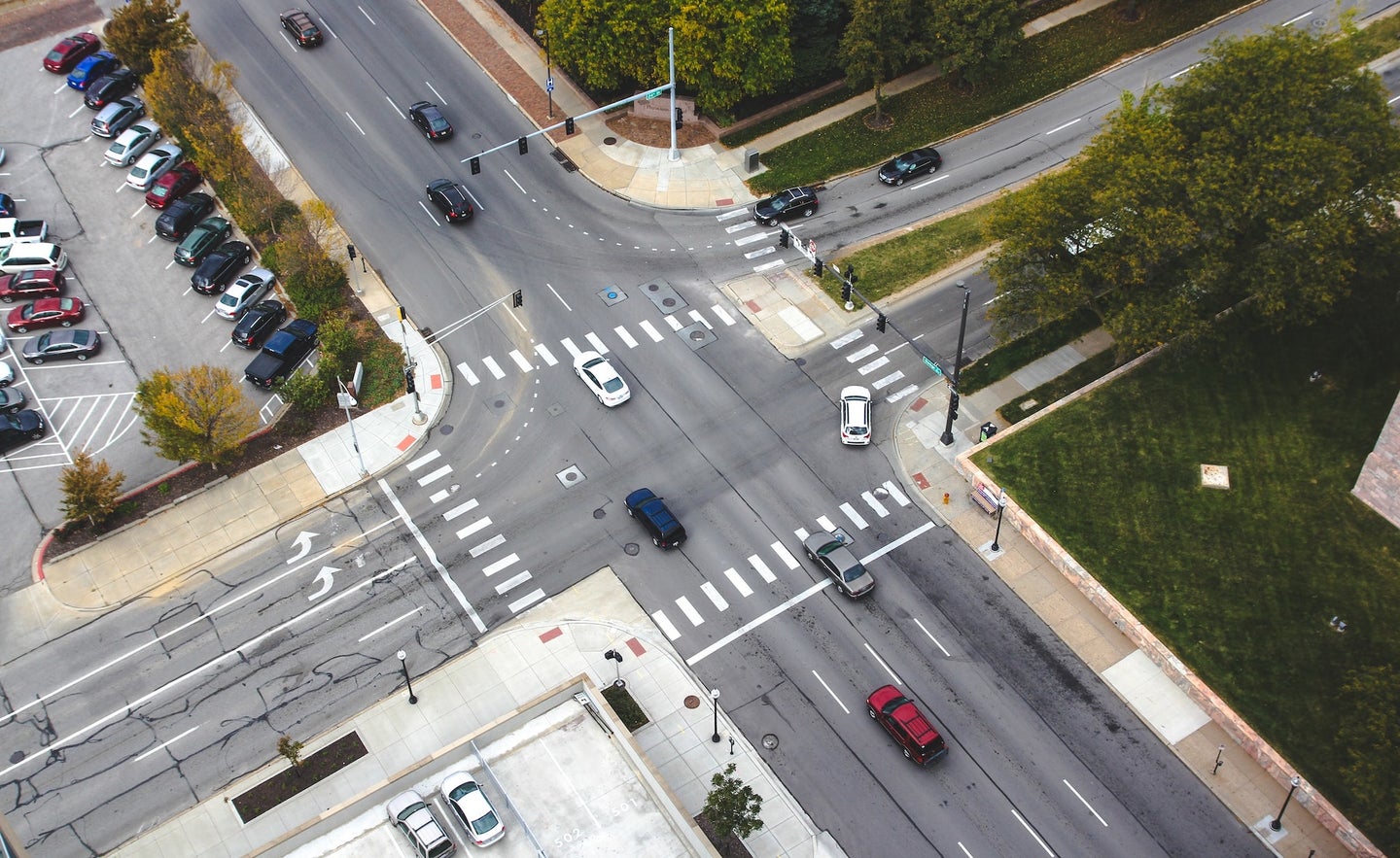 An intersection is a complex place, even when regulated by a traffic signal. They’re full of vehicles with potentially distracted drivers trying to inch across the asphalt, and pedestrians with different levels of mobility attempting to use crosswalks. Throw bikes and other two-wheelers into the mix, and it can get hectic and hazardous, especially for the people not protected in machines made of metal and glass.

There are other aspects of a modern urban streetscape as well, like operators of electric vehicles who want to find a place to charge.

Experts hope that integrating more data-collection tech, in addition to traffic signals, can potentially help with issues like these. Chattanooga, Tennessee, is planning to create 86 new so-called smart intersections that are monitored by sensors such as lidar and cameras.

The goal of making an intersection smart is “to be able to make sense of that intersection” based on the information provided by the sensors, says Mina Sartipi, the director of the Center for Urban Informatics and Progress at the University of Tennessee, Chattanooga. It will help them answer questions like: “Where are the cars? Where are the people? How close do they get to each other? How safe is it for a wheelchair [user]? Do we allow a disabled person, or an elderly [person], or a mom or a dad pushing a stroller, enough time to cross the street or not?”

Adding the sensors will “make that environment observable,” she adds.

[Related: It’s an especially dangerous time to be a pedestrian in America]

The project is supported by a $4.57 million grant from the US Department of Transportation, and builds on an already existing testbed of 11 other smart intersections in the same city. All told, the city will have nearly 100 smart intersections once the new ones come online.

The DOT grant, she says, “basically brings transportation, energy, and people together.” The energy element comes from trying to connect people driving electric vehicles to charging stations if they need it, taking into account variables like if a station is available.

Gathering data from intersections involves sensors like cameras and lidar, which use lasers to detect objects. And intersections, like people, are not all the same. “We do pay attention to the needs of each intersection as well,” she says. “It’s not necessarily copy-paste.”

With lidar—which is also a key sensor that autonomous vehicles use to perceive the world around them—the data from those will be interpreted by a computer vision company called Seoul Robotics. “We interpret the information by looking at the objects that it sees in that world,” says William Muller, the vice president of business development at the company. “Those main three objects that we look at are people, vehicles, and bikes.”

“Because it’s all three-dimensional, it’s highly accurate,” he adds. “We’re within centimeters of accuracy, of knowing where those objects are in the three-dimensional space.” In an ideal world, the system could know if someone is crossing an intersection slowly, and the signals could take that into account—or even warn vehicles to be aware of them.

To the west and south of Chattanooga, on an old airport runway in Texas, is a smart intersection used for research purposes at Texas A&M University’s RELLIS campus. “There’s a lot of paved surface there,” says Srinivasa Sunkari, a senior research engineer at Texas A&M Transportation Institute. Part of what makes the intersection smart, he says, is the detection sensors that it has, such as radar and a fish-eye camera. The intersection does not have regular traffic passing through it, but is used for tests.

Sunkari says that smart intersection initiatives like in Chattanooga, “when done smartly, and when implemented with the right infrastructure, it gives an opportunity to improve pedestrian safety.”

The project in Chattanooga starts later this year and is expected to last for three years. While connecting EV drivers with charging stations is the main focus of the $4.57 million grant, having nearly 100 intersections with rich sensor data flowing from them should allow researchers to study various aspects of them and ideally optimize the streetscape.