Eleven ways you can use VR to escape your home

You can get out and go for a stroll even if you’re not into gaming. 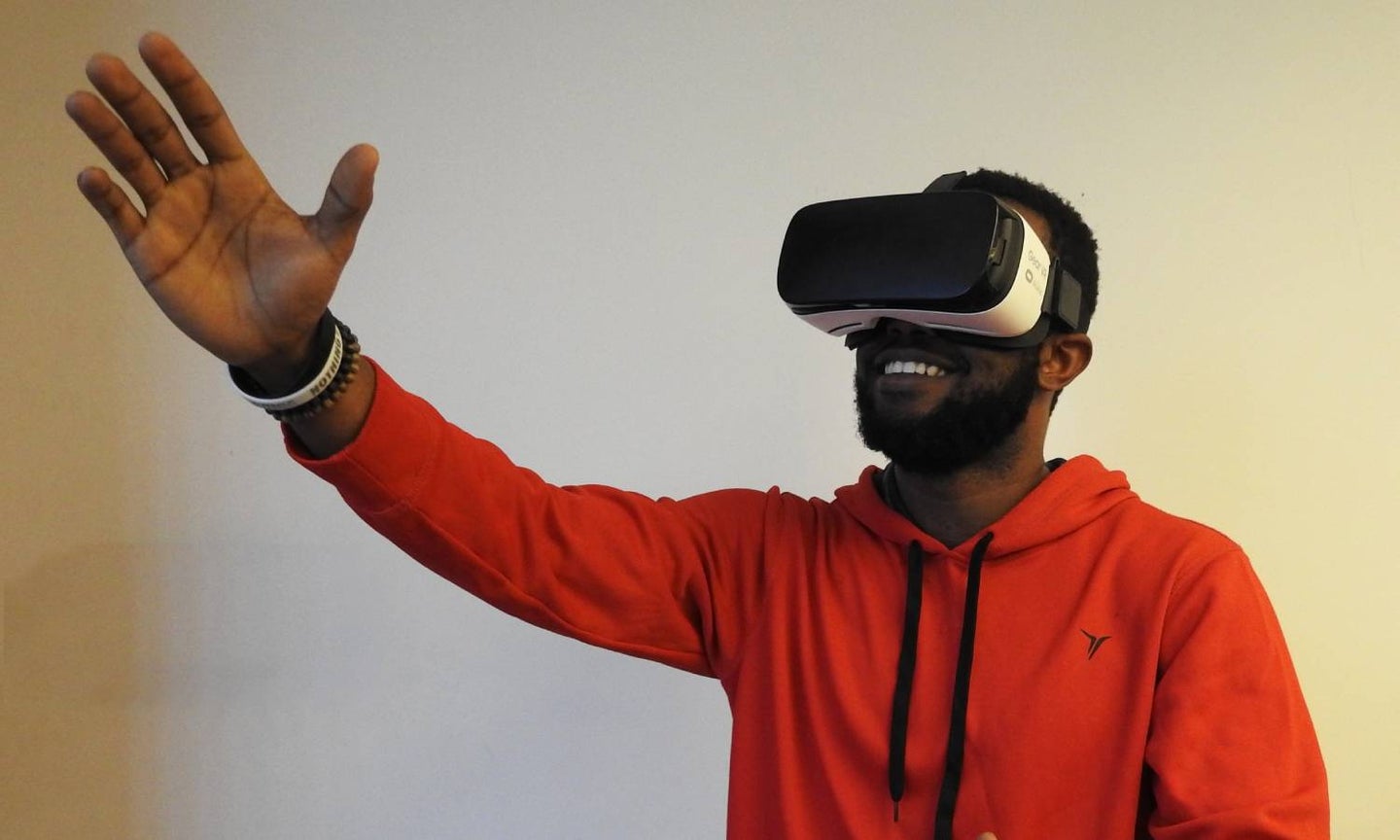 Before putting your visor on, make some room. Bumping into your coffee table will surely break the illusion that you're in the Grand Canyon. Hammer & Tusk / Unsplash
SHARE

Virtual reality is not nearly as popular as video game consoles or smartphones, but the technology is improving rapidly. Software is getting better, hardware is getting cheaper, and fewer people are coming away from these experiences feeling utterly nauseous.

And although VR and gaming sometimes overlap, you should know that the former has plenty more to it. Almost every real-world experience now has a virtual equivalent, and we’re at the stage where you can go almost anywhere, and do almost anything with a VR visor.

If you’re feeling like the walls are closing in and you need a break from the same old scenery, gear up and let VR transport you somewhere completely new in a matter of seconds.

Book your spot on the 1969 Apollo 11 mission and fly to the moon and back in virtual reality. You can wander around and interact with the command and lunar modules, and the Moon’s surface, or just sit back and let the experience play out. The VR app combines high-resolution graphics and renders with archive footage from the actual mission for a truly memorable ride.

The exhibits at the American Museum of Natural History helped develop this game, but you might want to skip those and jump straight to the age of the dinosaurs. T.rex: Skeleton Crew brings these prehistoric beasts and their world back to life so you can get a feel of what it was like to walk among them, and learn about the most famous dino of the lot—Tyrannosaurus rex.

Take in the grandeur and the spectacle of the planet’s highest mountain without leaving your home. The experience will take you all the way to the summit, along five stages that match key points on the route up. Combining photorealistic graphics worthy of any video game with 360-degree videos taken from real expeditions, it’s probably the next-best thing to actually making it up Mount Everest.

Everest VR is $15 for HTC Vive and Oculus Rift.

Google Earth VR is an experience good enough to turn hardened VR naysayers into true believers. From this experience alone, you won’t actually get to stand in the middle of Manhattan or on the edge of the Grand Canyon, but it’ll feel like you are. Take a 3D visual and audio tour of any spot on the planet you like—courtesy of the high-resolution mapping data in Google Earth—and fly above famous landmarks, national parks, and cities. And to make things even better, it’s totally free.

If taking a relaxing drive around a virtual island sounds like an appealing way to pass the time, you’re going to love Island Explorer VR. There are no challenges to overcome, no one else to meet, and nothing to do except roam around at your own pace. It’s not the longest virtual reality experience, but it’s a fun and laid-back way of losing yourself and practicing your driving skills for a few minutes.

While there are hints of a game in The Climb, we’re going to claim it as a non-game due to its tourist mode—though admittedly you will have to exert yourself a bit to make it up whatever mountain you decide to tackle. There are four fictional environments to explore, either at night or in broad daylight, and the views are simply breathtaking as you get higher and higher. If you suffer from vertigo, this experience may not be worth the admission fee. Though if you want to overcome it, maybe it is.

7. Mona Lisa: Beyond the Glass

The first VR experience from the Louvre Museum focuses on its most famous exhibit, and it’s a new and immersive way of engaging with Leonardo da Vinci’s masterpiece. Learn about the artist’s techniques and the latest modern-day scientific research on the Mona Lisa, while enjoying the artwork without any of the distractions of the thronging crowds that you’d normally have to put up with.

Mona Lisa: Beyond the Glass is free for HTC Vive and Oculus Rift.

Virtual reality cinema is still in its infancy, but new titles are coming out all the time, and there are some stunning (if short) stories to immerse yourself into. One such story is Allumette, the tale of a young orphan girl who lives in a city in the clouds. But because this is VR, you’re not just watching the movie play out—you’re actually living in its world, able to explore and look around freely. Expect a lot more from VR filmmakers in the future.

Allumette is free for HTC Vive and Oculus Rift.

Virtual reality enables tourists to experience places of great significance and beauty without risking damage to the places themselves—exactly the case with the caves of La Garma. Covered in paintings and packed with relics, the caves are sealed off and have received only 50 or so visitors in the last 16,000 years—but you can put on your virtual reality headset and journey inside to soak up this amazing time capsule of the Paleolithic era.

Memoria: Stories of La Garma is $6 for HTC Vive and Oculus Rift.

If you can’t make it to an actual, physical big screen, just power up your headset and enjoy a movie in VR instead. Using Bigscreen, you can customize the theater to your exact requirements, from the size of the projection to the number of patrons watching with you. The virtual screen mirrors your computer desktop, so anything you can play on there will be shown.

Bigscreen is free for HTC Vive and Oculus Rift.

Nature Treks VR quite simply lets you wander through nature, at your own speed. And the virtual sights might even be better than whatever happens to be outside your own front door. You control the weather and the time of day, can meet more than 60 different animals on your travels, and there are a variety of settings, including beaches and forests. You can even take a dive underwater or a trip into space if you feel the need.

Nature Treks VR is $10 for HTC Vive and Oculus Rift.