It’s made to inspect power lines and other industrial installations. 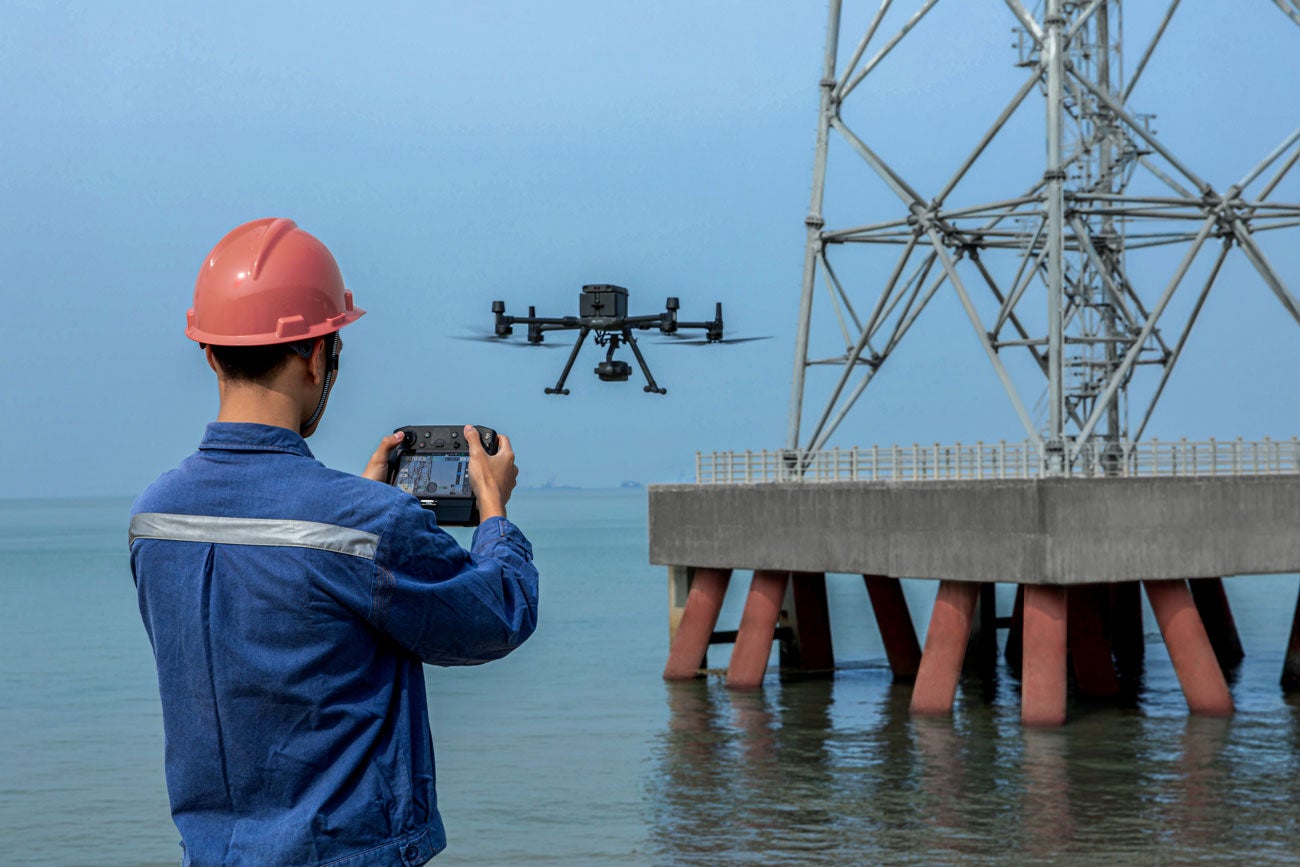 The OcuSync technology can beam footage back to the controller from up to 6 miles away. DJI
SHARE

DJI has a firm hold on most of the consumer drone market. Small crafts like its just-released Mavic Air 2 (which we’ll have a full review of next week) enable enthusiast UAV pilots and filmmakers to get up in the air. The industrial drone market, however, is different. The crafts are bigger, the flights are more difficult, and the requirements on the pilots are a lot more rigorous. This week, DJI announced its latest flagship industrial drone, the Matrice 300 RTK, and it’s a far cry from the consumer crafts buzzing around your local park.

The Matrice 300 RTK can carry up to about six pounds of payload up into the skies, which usually consists of various sensors for examining industrial installations like power lines or railroad tracks. Its four rotors can keep it aloft for up to 55 minutes on a single battery charge, which dwarfs the Mavic Air 2’s best-in-class 34-minute flight time.

The range on an industrial craft like this is longer, too. The OcuSync connection platform in the consumer-grade Mavic 2 can beam 1080p video back to the controller from up to 6.2 miles away. The OcuSync Enterprise onboard the Matrice, however, can cover a total of 15 km. That range is more important for industrial use, where certified pilots have more leeway to fly a craft out of their own eyeshot, than for consumers who can’t legally do so due to flight restrictions.

Once the craft is out on inspection duty, DJI’s new Smart Inspection function can allow pilots to mark an area of interest in a specific location. Then, on subsequent trips, the drone can automatically find that spot and use AI to analyze what has changed about it. Like consumer drones, the Matrice can lock onto and track moving objects, but it can do so from a greater range and with more accuracy.

While you shouldn’t fly a consumer drone in the rain, the Matrice boasts an IP45 toughness rating since inspections have to happen even in bad weather. It even enables dual-pilot mode, which allows two operators to share control. It’s like having a driver’s ed car with two steering wheels. If one pilot is just learning, or if one of the controllers loses connection for some reason, the other flyer can take over with very minimal delay.

For object avoidance, the Matrice can see in six different directions. Like the Mavic 2, the new drone has ADS-B technology, which knows the relative location of other aircrafts in the area and can warn the pilot if they’re getting too close for safe operation. An anti-collision light beacon adds a purely visual element to help avoid impacts as well.

In addition to the drone itself, DJI has upgraded the cameras meant to go with it. The new Zenmuse H20 is the company’s first hybrid array. The standard three-camera module includes a 20-megapixel 23x hybrid optical zoom, a 12 mp wide camera, and range finder for distances of 3m to 1200m. Moving up to the upgraded H20T adds a 640 x 512 Radiometric Thermal Camera to let the craft see heat, which is especially helpful for power line inspection.

Most pilots will never get the chance to fly something like the Matrice, but the pressure of piloting a craft that costs tens of thousands of dollars makes flying the sub-$1000 Mavic 2 seem a lot less stressful.