Given unpredictable gasoline prices, Land Rover is betting on the efficiency and power of diesel 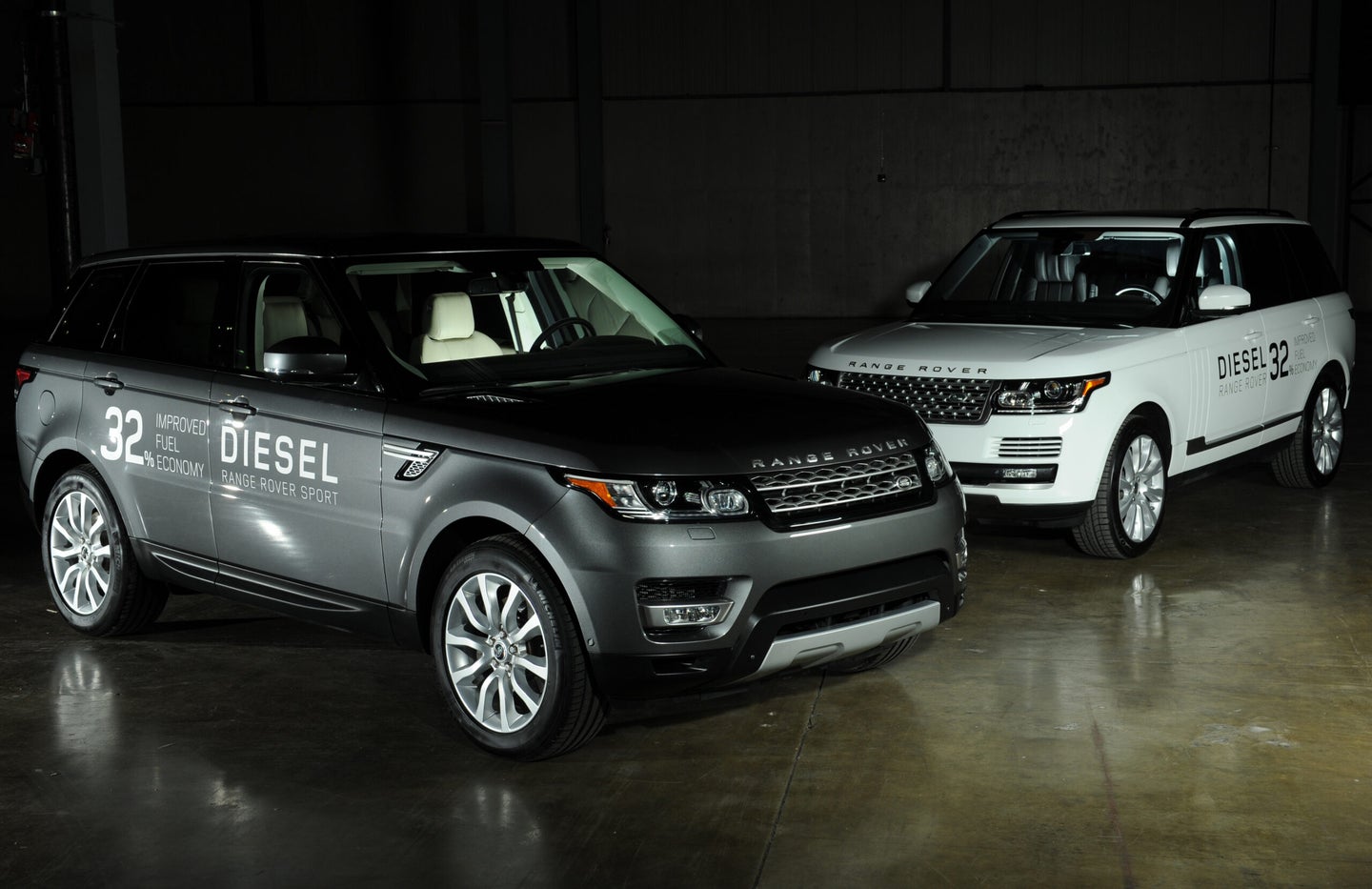 Diesel vehicles are still rare in the United States. Because of their superior efficiency and power relative to gasoline, however, Land Rover is adding diesel versions of two of its most popular sport utility vehicles, and—surprise!—they’re actually coming to the United States this time.

Admittedly not the most elegant model names out there, the 2015 Range Rover HSE Td6 and 2015 Range Rover Sport HSE td6 will both feature a new turbocharged six-cylinder diesel engine. The benefit: 32 percent better fuel efficiency than the gasoline-powered V6 currently offered in both models.

Land Rover estimates that both new Td6 models will get 25 miles per gallon in combined city/highway driving. (That’s derived from an estimated 22 miles per gallon in the city and 28 miles per gallon on the highway.) Official Environmental Protection Agency estimates are pending. If it holds up to scrutiny, this level of fuel economy will get both Range Rovers a staggering 658 miles of range on one tank.

Both new Range Rovers will get a staggering 658 miles of range on one tank of diesel fuel.

Besides being more efficient than gasoline engines, diesels are known for torque: their ability to produce prodigious power at low speeds. The torque rating for the new turbo-diesel V6 engine is 440 foot-pounds, versus 332 foot-pounds for the Land Rover’s gasoline V6 engine. Such power is a boon for off-road driving and for towing heavy loads, both of which are capabilities that Land Rover prides itself on delivering more than any other maker of luxury SUVs (even if owners never use their vehicles for such things).

The 2015 Range Rover HSE Td6 and 2015 Range Rover Sport HSE td6 are expected to go on sale in 2016. If you’re eyeing diesel but aren’t quite into these models, Land Rover plans to add diesel engines across its lineup in coming years.