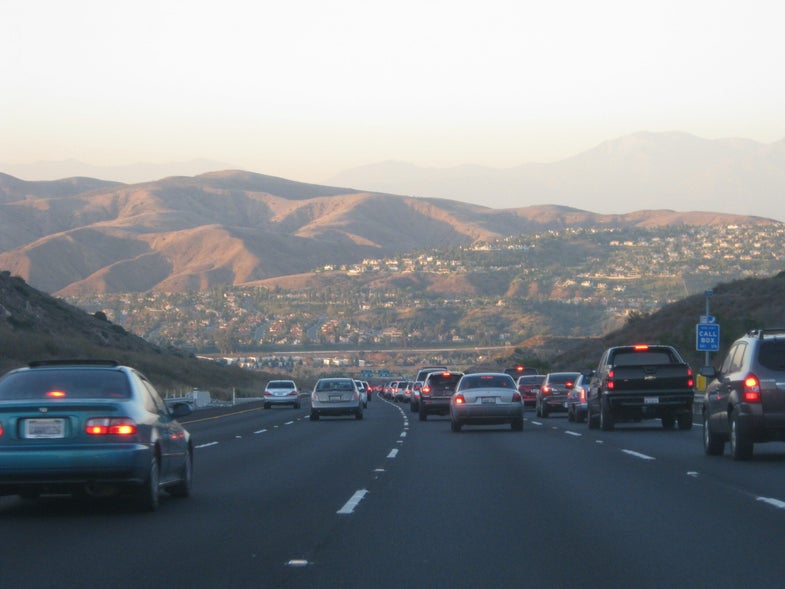 In 2003 Popular Science asked readers: “Will most Americans be driving hydrogen-powered cars by 2015?” The results to that poll are lost to time, but we already know the answer, even if 2015 isn’t over yet. Unfortunately, the green technology hasn’t been adopted in the past 12 years–but the next decade looks promising.

Hydrogen fuel cell cars run on compressed hydrogen rather than fossil fuels or electricity. And instead of a combustion engine, they contain fuel cell stacks, which take oxygen from the air and combine it with hydrogen fuel to power the car. The byproduct is safe, eco-friendly steam.

The California Energy Commission is devoting $20 million to build 50 hydrogen fuel stations across the state. The Los Angeles Times reports that by October 2015, hydrogen cars will be able to travel between Los Angeles and San Francisco, thanks to a new fuel station built in Coalinga, Calif.

The news comes alongside recent announcements from automakers that indicate the industry is slowly starting to make progress toward hydrogen cars. At the Detroit Auto Show in January, Honda announced that their FCV would be available in the United States in 2016, and that they were also investing in hydrogen fueling stations in California. And this year at CES, Toyota announced that they were releasing 5,680 patents related to fuel cell technology.

What do you think? Will most Americans be driving hydrogen-powered cars by 2025?