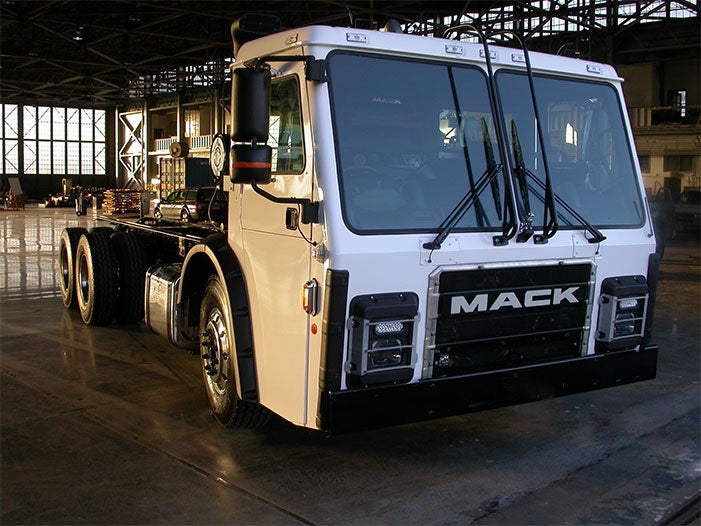 At WasteExpo this week, Mack demonstrated its new electric hybrid garbage truck. The truck is the first of its kind to incorporate a new powertrain technology called Route. This makes the truck particularly efficient because it uses regenerative charging—which is when the system uses the truck’s braking to recharge the batteries.

This new system was retrofitted into Mack Trucks’ LR model, and and has four electric motors, a range of 24 miles running on only electricity, and a 730kW regenerative braking system. The powertrain technology was developed by a company called Wrightspeed, which was started by Ian Wright, a co-founder of Tesla Motors.

Wright told Trucks.com that the company is focusing on powertrains for trucks and buses, rather than cars, and the tech can power vehicles as heavy as 66,000 pounds up gradients as steep as 40 percent.

Regenerative charging makes a lot of sense for a vehicle like a garbage truck. When they’re picking up refuse, they’re constantly stopping and starting, which is when the regenerative charging gets to work. Mack tells Trucks.com that the powertrain could “significantly reduce fuel consumption.”