Flying, amphibious drones may help us fight wildfires in a warming world

Two companies are developing workhorse drones able to transport gallons and gallons of water by air. 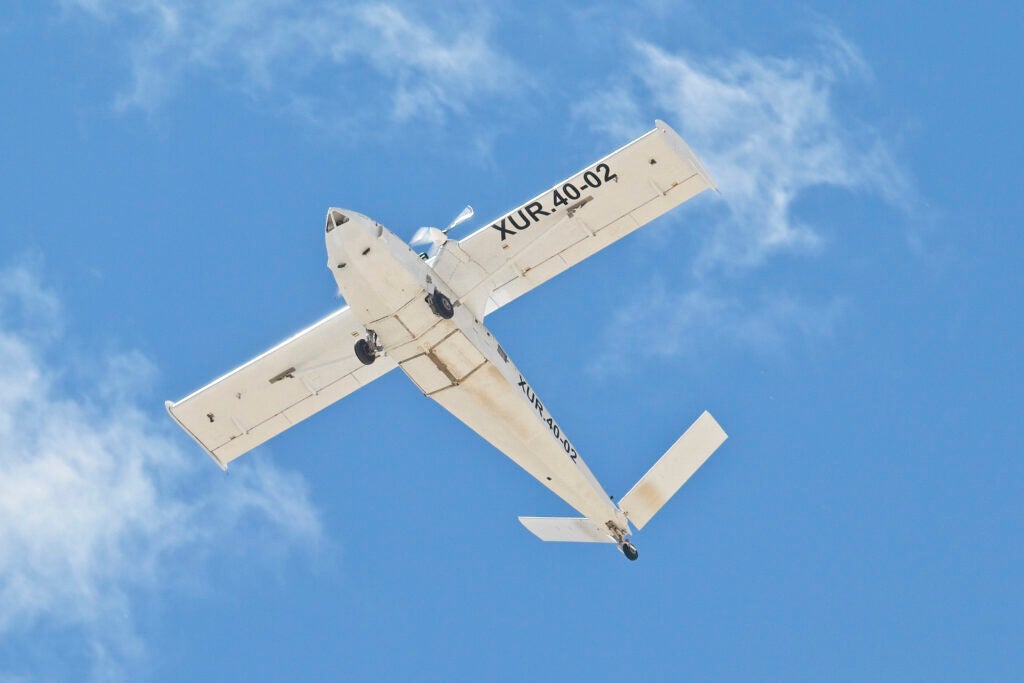 In the plains of central Spain, just about 90 minutes south of Madrid, a firefighting robot is taking flight. With two engines, a smooth underbelly, and a construction straight out of World War II’s Atlantic theater, the Singular Aircraft Flyox is a drone designed as an aerial workhorse on land and water. It is one of a growing number of drones that may be called to fight forest fires as aerial tankers, augmenting or replacing crewed aircraft in the process.

The Flyox first flew in 2015, and is undergoing further test flights this fall and winter. The firefighting mission is one of its flashiest, and gets central placement in the company’s materials about the plane. Citing the death rates of human firefighters–specifically the risk from smoke inhalation–Singular Aircraft owner and founder Luis Carrillo says the main goal of the drone is to “stop killing agricultural and firefighting pilots.”

The risk fumes pose to a drone is just mechanical failure, rather than loss of life when human pilots are involved. For the firefighting role specifically, Singular Aircraft is exploring two sizes of Flyox drone. The smaller version will have an internal capacity of 3,400 pounds, with a two-hour flight time and a range of 260 miles. The larger drone, owing to its greater fuel capacity, will only carry 3,000 pounds internally, but can operate for four-and-a-half hours, and reach distances of over 500 miles.

Carrillo says the Flyox operates autonomously with a human monitoring the flight. In demonstrations it has been assembled from a crate in a few hours, and then launched from a runway or from a calm river or lake. In addition to testing the Flyox in Spain, Singular Aircraft has conducted test flights at an experimental test airfield in Mexico and other locations around the world. Carrillo also hopes to test from a site that will allow three drones to operate simultaneously.

Putting a drone like the Flyox into rotation for aerial firefighting could augment the work already done by human-crewed aircraft, bringing more water or fire retardant to bear against raging blazes. The same characteristics that make the drone useful as a firefighter lend the airframe to a host or other tasks, with Singular Aircraft marketing versions for surveillance, cargo transport, or even agricultural use.

A two-engined amphibious firefighting drone is an idea so good it’s being tried twice, on both sides of the Atlantic.

The Aerial ScooperDrone, built by Drone America, is a long-in-the-works craft. The drone, billed primarily as a tool for disaster relief, has a built-in communications relay and comes with thermal cameras to look for people caught in floods or at sea. In its first-response role, the drone is built to carry and release self-inflating life rafts, allowing people in the water the opportunity to climb aboard and wait for slower rescuers without having to tread water.

“The origins and inspiration of the amphibious Ariel platform drone utilized to save and improve lives came from my own experience assisting with a water rescue back in 2002,” says Mike Richards, president and CEO of Drone America. “One of those situations where you understand that there is a need to provide a fast response for a drowning victim, providing a flotation aid such as a life vest.”

The absence of a commercial craft able to meet such a need led him to develop the Aerial drone, says Richard, with a small prototype in 2008 and a larger one in 2012. The planned fire rescue version, built to carry roughly 1,000 gallons of water (or 8,500 pounds), was part of a 2018 collaboration with Thrush Aircraft, though after a change in ownership Thrush has shifted its focus to agricultural aircraft.

“Our strategy is one of early detection and fast attack on initial stage fires, utilizing multiple autonomous amphibious Ariels combined with swarm capable targeting and deployment systems,” says Richards. Because  the drone can refill its tank with water from lakes, and because it’s equipped with sensors to avoid collisions, Richards sees the Aerial ScooperDrone as a way to fight fires at night when it is unsafe for human-crewed aircraft to operate.

To move the design forward, Drone America is working on an application for an experimental airworthiness certificate with the US Federal Aviation Administration that would allow for additional testing of their existing prototypes. Drone America would then further test its models in real-world conditions.

“Our ultimate goal for the Ariel platform is to scale and deploy a certified full-size system to high fire risk areas throughout the world,” says Richards.

In the warming world of the future, where wildfires are likely to be a growing problem, allowing drones to fight blazes could save lives–not just of firefighters but of the people threatened by fires, too.