Connecticut Fire Department Gets Help From A Drone

When a fire broke out near a storage unit full of explosives, an RC quadcopter saw what humans couldn't. 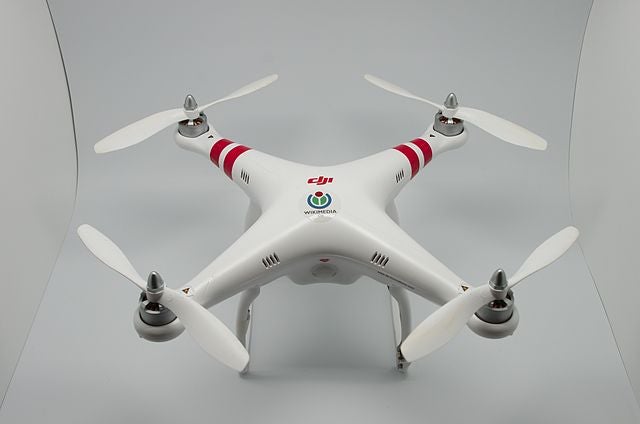 When a fire breaks out at an industrial location, first responders need information fast: What chemicals are on site, and are they explosive? How close is the fire to those chemicals? Last week, hundreds of people were evacuated from the area surrounding the pink granite Stone Creek Quarry in Connecticut when old blast mats–heavy rubber sheets placed over holes to contain explosions–caught fire. Emergency workers were concerned that the fire was getting close to a storage unit containing dynamite or other blasting explosives, a scenario that would make it too dangerous for firefighters to go in.

So one volunteer firefighter sent in his personal drone, a DJI Phantom. They were able to see that the fire was far from the explosives, and they safely went in to put the fire out. The small quadcopter streamed video back to the pilot’s smartphone. The drone is expensive from a toy perspective, but at $1,200, it’s a cheap alternative to helicopter flights.

Besides cost, there are two major advantages for firefighters using drones: small unmanned aircraft can see places people can’t, and they can fly into situations that are too dangerous for humans. Firefighters have already used drones to help with forest fires, including last summer’s Yosemite Rim Fire. In Australia, the Melbourne Metropolitan Fire Brigade conducted a year-long study of drones for firefighting. Before the drones, Melbourne’s best option for spotting fires from overhead was men on ladders. Thanks to tests like that in Australia and incidents like Stone Creek Quarry, in the future drones might just replace dalmatians as firefighter’s best friends.

Watch an interview with the Stone Creek drone pilot, as well as some footage of the fire from the drone itself, below: