The weirdest things we learned this week: hot air balloon riots and the man-eatingest tiger 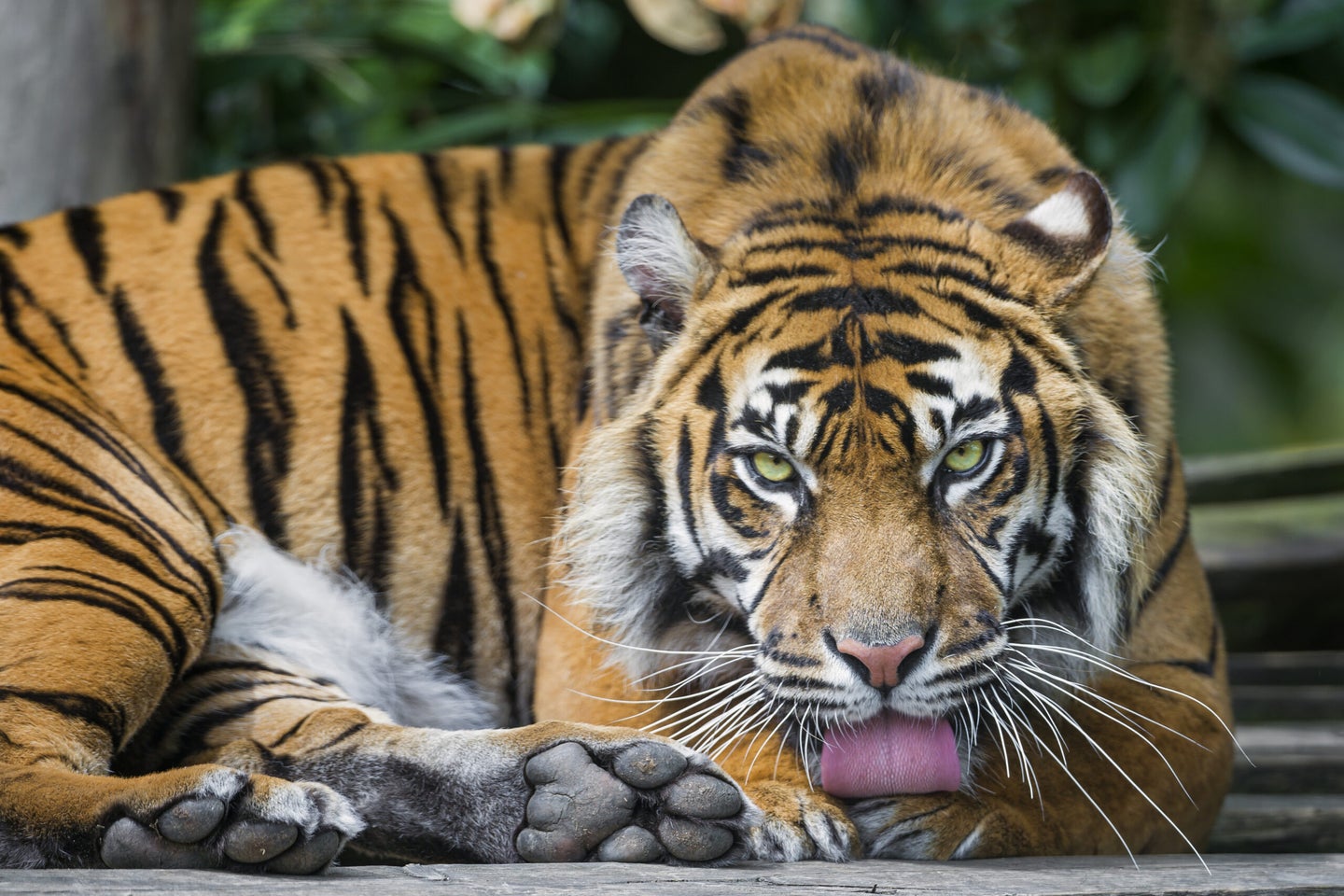 The Champawat tigress (not pictured) is presumed to be the deadliest man-eater in human history. Flickr
SHARE

This week’s episode is extra special: it’s the first half of our second live show, which happened on February 1 at Caveat in NYC. As mentioned at the top of this week’s episode, you may hear hosts or audience members shouting “drink!” This is because we were playing a drinking game, which you’re welcome to recreate on your own time (assuming you’re of legal age and not driving while you listen). Take a drink of your fabulous and refreshing beverage of choice whenever:

Fact: Balloon riots were not uncommon (and were sometimes fatal)

Hot-air and gas ballooning was always a lofty affair: legend has it that Marie Antoinette was present for the first demonstration of the technology in 1783, along with some 130,000 french citizens. The basket contained a sheep, a duck, and a rooster, and apparently, they all behaved themselves until landing in the woods. The same cannot be said for human spectators of the air ballooning sport. In our latest live show, I highlighted not one, not two, but three historical balloon riots. The first, which has picked up a lot of mythos over the years, is outlined stupendously in this article by Dr. Brett Holman of Melbourne (and hilariously by me in our podcast, which you’ve hopefully already listened to). The second, which you may have heard of—it’s known as the great balloon riot, after all—is memorialized in this fantastic image.

It also inspired some truly stupendous media coverage at the time.

The third balloon riot I turned up (quite unexpectedly) in the course of my research is the least famous and most upsetting of the bunch. This is from a newspaper clipping that appeared in the Sydney Morning Herald on December 19, 1856. The article describes the court proceedings surrounding the death of a young boy named Thomas Downs. He’d gone to see a balloon ascent that turned into a riot when a bunch of sailors tugged down the balloon and set it on fire. As this occurred two years before the the first riot I describe in the show and eight years before the most famous incident, it’s clear that humankind learned nothing from the tragic demise of young Downs. It’s also clear that Victorians were whacky.

Fact: Baseball fans are obsessed with curses and will do almost anything to break them (like delivering a bloody goat’s head in a cake box)

One rainy April afternoon in 2013, an unknown person delivered an unidentified package in a white cake box to Wrigley Field, home of the Chicago Cubs. When security opened it up, it did not contain cake, but rather a severed goat’s head. There was no note left with the noggin, but it was immediately apparent why someone decided to do this. It was because of a curse.

The Cubs were cursed by a local tavern-owner in 1945 after Wrigley staff refused to let him and his pet goat enter the stadium for a game. He hexed the team, saying the Cubs would never win another World Series. Desperate for their team to win, fans engaged in many goat-related antics—like a head in a box—to try to break the curse, which was eventually lifted in 2016 when the Cubs won a championship.

The weirdest part is, the Cubs aren’t really out of the ordinary when it comes to curses in baseball. A black cat once crossed a dugout and incited the team’s crumble, and another time a player hit a bird with a pitch. A biblical swarm of midges has descended upon Yankee Stadium. The Red Sox, too, were under the spell of a decades-long curse—fans even hired an exorcist to purify Fenway Park, the team’s stadium. Baseball fans on the whole have a flair for the supernatural, especially when compared to fans of most other professional sports. I decided to investigate why this might be. The answer has to do with America’s love of conspiracy (take the Salem witch trials and the moon landing for instance), crowd psychology, and plain old mathematics.

Fact: The Champawat tigress was the most man-eatingest animal of all time

In a new book, No Beast So Fierce: The Terrifying True Story of the Champawat Tiger, the Deadliest Animal in History, author Dane Hucklebridge details the surprisingly methodical and incredibly blood machinations of a single Bengal “tigress.” Between 1900 to 1907, the Champawat man-eater stalked humans living in the villages of southern Nepal and, because tigers know no borders, eventually northern India. Along her route, she killed 435 people, making her perhaps the most murderous non-human animal in recorded history. As part of the Weirdest Thing live show, I talked about her behavior, her species, and the life of the British Indian Army service member and noted cat hunter Jim Corbett who finally caught up with her. Plus, enjoy experiencing an ad for Calvin Klein’s Obsession cologne, a scent that was used to lure and capture a tiger in more recent history.

baseball
Science
The Weirdest Thing I Learned This Week
tigers