What to know about the Caesars, the gigantic truck-mounted artillery units France sent Ukraine

The 19.5-ton vehicles can shoot and scoot. 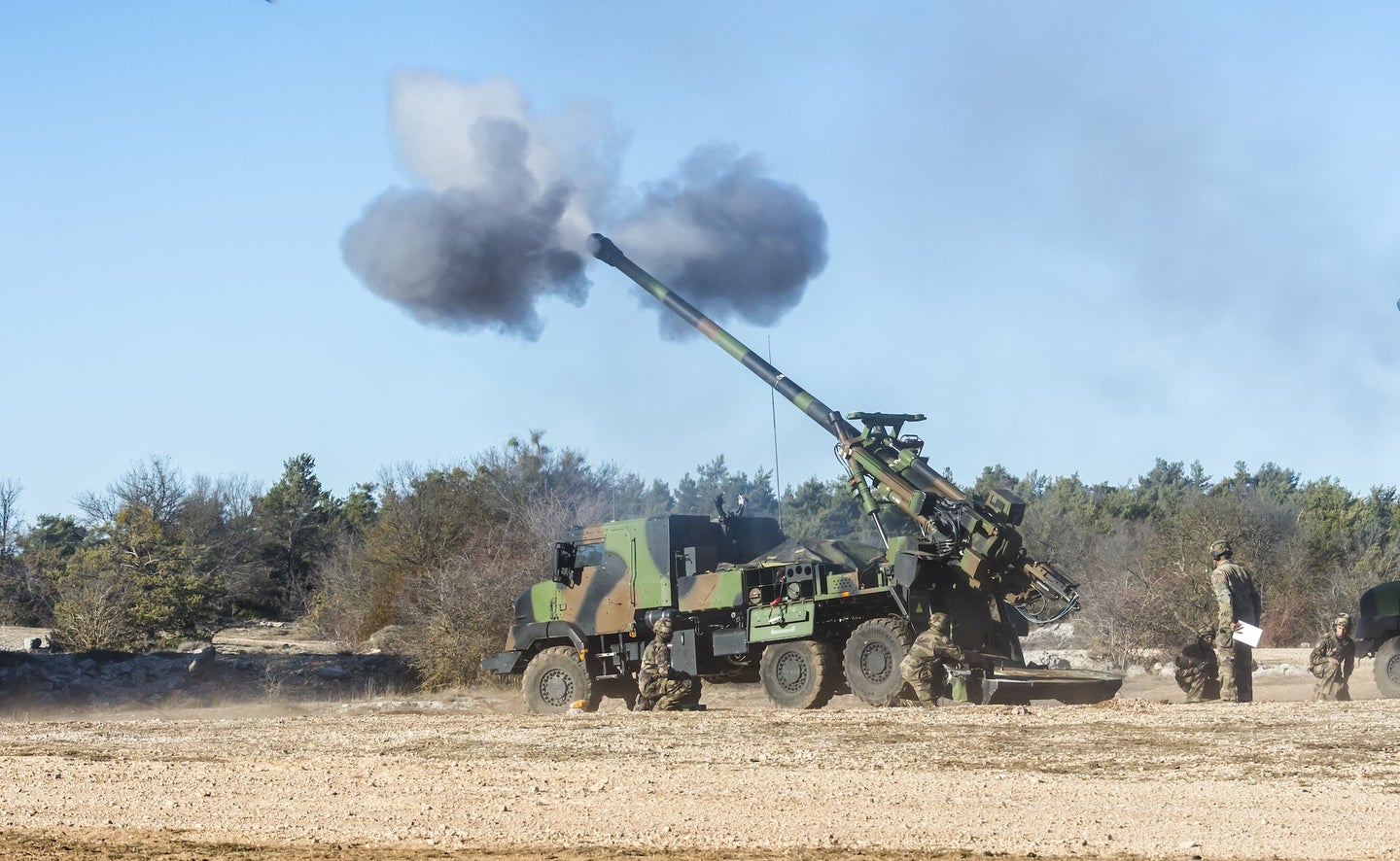 Russia has been reliant on heavy artillery for centuries, and the way it is conducting its war in Ukraine is proving that little has changed. Modern artillery can fire expensive munitions that can be guided precisely to, in the best possible scenario, hit only the target, but it seems clear from the damage being inflicted on civilians in Ukraine that Russian artillery is using cheap, unguided shells or rockets.

To counter this massive artillery fire, Ukraine has asked allies to supply it with modern artillery systems that can shoot and scoot—in other words, fire the munition from a vehicle and then drive away before the shell has even hit its target. That makes it very hard for the enemy to counter-attack, because by the time it has worked out where the shell was fired from, the gunners have scampered.

France has said that it loaned a dozen in April, then another six earlier this month, of its Caesar truck-mounted howitzers that the French Army has previously used in combat in Afghanistan, Iraq, and Mali. Other nations that own the Caesar include Czech Republic, Denmark, Indonesia, Morocco, Saudi Arabia, and Thailand.

Here’s what to know about the Caesar.

It’s said to be easy to use

It took Ukrainian soldiers just two weeks at a training ground in France to learn how to use the 19.5-ton Caesars, which are made by French company Nexter. The gun is mounted on a 6×6 truck whose 245-horsepower engine can propel it to a top road speed of 50 mph and an off-road speed of more than 31 mph. The 33-foot-long, 8-foot-wide and 12-foot-high truck has a cruising range of 373 miles and can fit in a transport aircraft to be flown to its destination.

Popular Science spoke to a Caesar crew at last week’s Eurosatory land armaments show in Paris; they said the gun could be operated by a crew of four, “but five makes it faster.” All but one of its operators are rank-and-file soldiers.

[Related: How technology, both old and new, has shaped the war in Ukraine so far]

The vehicle’s driver positions the truck, then lowers the hydraulically controlled platform at the rear. It pushes down, lifting the truck’s back wheels off the ground a few inches. That’s necessary to help handle the vibrations caused during firing. The munitions purveyor carries the ordnance to the charger, who slots the shells into the semi-automatic system. Meanwhile the gun-layer (the person aiming the artillery) sets the coordinates either using a satellite positioning system, such as GPS, or a map, and fires the weapon.

It takes less than 60 seconds for the Caesar to get into action once the vehicle has been parked, and less than a minute for the 155mm/52 caliber ordnance, semi-automatic gun to hurl six shells at a target between 3 to 31 miles away in any weather. Less than 40 seconds after the last shell has been fired, the Caesar can have driven off. Shoot, and scoot.

[Related: Why the threat of explosives will persist long after the war in Ukraine ends]

Meanwhile, the US Army uses the M777 towed 155 mm artillery piece which, as the name suggests, needs to be towed into position and unshackled from the towing vehicle before a minimum of eight soldiers can operate it. The Department of Defense is seeking to replace it with a truck-mounted system such as those manufactured by France, but also Sweden, the Czech Republic, Slovakia, Serbia, China, Israel, Japan and South Africa.

The gun’s detonation chamber, or the part of the system where the propulsive charge explodes, is 23-liters, compared to 18-liters on the US Army’s M777 towed howitzer, which means it can be packed with more propellant that then expels the shells faster and further. It fires all 39/52 caliber munitions that meet NATO standards or ERFB (Extended-Range Full-Bore) or intelligent munitions such as BONUS and SPACIDO.

It’s about to get a refresh

The new version, called the Caesar NG (for New Generation), will be mounted on an 6×6 truck and has already been bought by Belgium and Lithuania. The Caesar NG will weigh 27.56 tons, almost 8 tons heavier than the first-gen, because the truck cabin will be armored to level 2 STANAG (that’s a NATO standard) instead of being optionally protected with armored kits bolted onto the cabin as is the case with the gen-one version.

Because the truck is heavier, it will be powered by a 460 HP engine instead of the 245 HP engine on the gen-one, enabling it to reach the same on-road and off-road speeds. It will also have a new automatic gearbox and a new chassis. The Caesar NG is bigger overall: 40 ft long, 9 ft wide and 10 ft high.

The Caesar NG should be ready by 2024. France will then have to choose whether to order 109 of them or else order only 33 and upgrade the 76 it already has—assuming none of those loaned to Ukraine are destroyed.

Correction on June 29, 2022: This article has been updated to correct an error regarding the Caesar NG, which will be a 6×6 vehicle, and not an 8×8.