North Korea’s missile program and nuclear weapons: What we know (and don’t)

From nukes to ICBMs, here's what experts think the DPRK has. 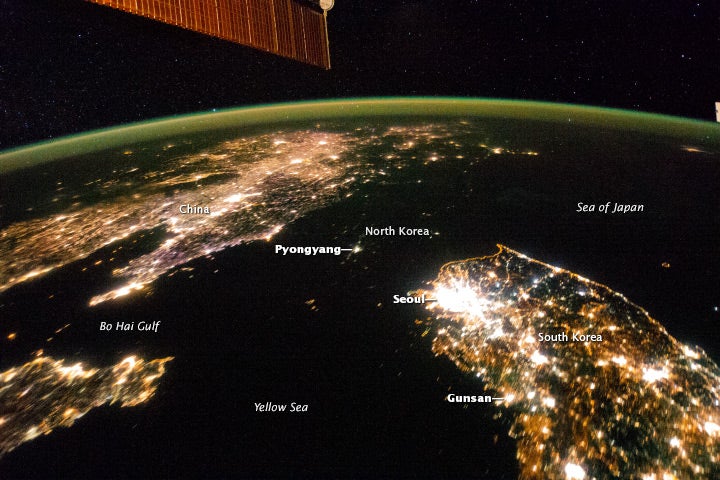 North Korea is widely considered to have both nuclear warheads (the explosive head of a weapon) and missiles (which deliver the warheads) that can likely reach most corners of the continental U.S. Whether the country can put the two together into a viable nuclear weapon is a bit of an open question—they have yet to show definitely that their missiles can carry a nuclear payload—but it remains a serious international issue.

Using satellite imagery, photos, videos and other intelligence, experts have long tried to keep as close tabs as possible on North Korea’s often-secretive nuclear program. And, as talks over its fate seem poised to continue, here’s a primer on what to know about the country’s capabilities.

Short- to medium-range: meet the Nudong

The North Korean missile program is generally considered to have begun in the late 1970s or early 80s. At the time, the Soviet Union gave Egypt a stockpile of scud missiles, but not as many as Egypt wanted. So Egypt turned to North Korea to help them decode the technology and make their own scuds— giving both countries access to a supply of reliable missiles.

North Korea has since developed a series of successors that have a range of between 300 and 1,200 kilometers (186 – 746 miles). Also during the Soviet era, North Korea developed an even shorter-range missile known as the KN-02, which can fly about 120 kilometers (75 miles). It’s important to remember that North Korea hasn’t yet shown that any of its weapons can carry a nuclear payload, a fact that is particularly relevant to the KN-02, since its small size requires miniaturized warheads that North Korea may not have the capability to produce.

Once they had scud missiles, North Korea made them bigger and fatter until they arrived at a creation called the “Nodong” — one of its most commonly launched missiles, which can travel up to 1,300 kilometers (808 miles).

More recently, North Korea added a submarine-launched missile to its array. Called the KN-11, it has a Korean name that translates to “Polaris”, which is not-so-coincidentally what the Americans calls its equivalent. One hitch is that North Korea is only known to have one, largely experimental, submarine (and possibly another one underdevelopment).

The country also has what is thought to be a land-based version, the KN-15, though, again, they have never launched a missile and a warhead together.

North Korea’s latest launch came in April. President Trump dismissed it, saying “we don’t consider that a missile test.” Semantics aside, experts believe the country set off a new short-range missile, called the KN-23. Demonstrated only once before, it’s designed for short, low trajectories, can also fly medium-range arcs, and is similar to the Russian Iskander missile, which has a range of between 50 and 450 kilometers (31 and 280 miles)

“This puts US allies like South Korea and Japan in a very difficult position,” Matt Korda, a research associate specializing in North Korea with the Federation of American Scientists, writes via email. “Shorter-range missiles are specifically designed to target those countries.”

The intermediate range: the Musudan and Hwasong-12

North Korea’s early approach to missile development was relatively systematic. “They find something that works, stretch it as far as they can and then stack it,” explains David Schmerler, a senior research associate at the Middlebury Institute of International Studies.

Building on the Nodong, North Korea arrived at the Musudan, which has a range of around 3,200 kilometers (1,988 miles). But that program, which began in the early 2000s, has been shaky at best. It’s only been successfully tested once, says Schmerler.

North Korea’s missile testing accelerated around 2014 and peaked in 2017, a period in which they debuted an array of new technology. During this era, the Musudan’s function was largely replaced with the Hwasong-12 (that translates to “Mars” in Korean). The aim, says Korda, “appears to be intended to attack U.S. staging areas like Guam.”

Perhaps more importantly, the Hwasong-12 was the country’s first indigenously engineered missile — a major step for the North Korea’s nuclear program, and one that helped lead to even longer-range weapons.

Starting in the early 2000s, the Western media speculated that the “Unha” (“galaxy”) series of space launch vehicles could be a round-about way of achieving that goal. But many experts thought that was more hype than function.

“The Unha was more like the boogeyman missile,” says Schmerler. “I never looked at the Unha as a really reliable weapons system.”

In a sense, the Unha was a stop-gap measure until Kim Jong-Un could develop a land based intercontinental ballistic missile (ICBM). That happened in 2017 with the Hwasong-14, which has a range of more than 10,000 kilometers (6,214 miles). This was quickly followed up by the more powerful Hwasong-15.

“The HS-14 could likely target the west coast of the US (including Los Angeles and possibly Denver),” says Korda, “while the HS-15 could potentially target the entirety of the continental United States.”

While no one is sure exactly how many ICBMs North Korea has, seven appeared in a military parade in Pyongyang in early 2018. There are, however, a few caveats to their effectiveness.

One important consideration is how many launch vehicles (called Transport Erector Launchers, or TELs) North Korea has. In 2011, China sold at least six “logging” trucks to the country, in a half-hearted attempt to disguise the transfer of TELs. The latest ICMBs, however, require bigger TELs, so North Korea may have repurposed or cannibalized some of their original Chinese equipment for that task. That makes it difficult to know exactly how many operational TELs are left, which the country must have in order to launch an ICBM.

Another major unknown is whether North Korea’s ICMBs can survive re-entry into the atmosphere during a strike; an ability that’s not yet been proven. But, Korda says, “just because the North Koreans have yet to publicly demonstrate re-entry, it doesn’t necessarily mean that the ICBMs wouldn’t work as designed.”

Schmerler has a similar take, noting that the U.S. would be taking a big risk by assuming it’s not possible.

“In general, most people are on board with the idea that [North Korea] could hit most of the continental US,” he says. “Are you going to hedge on [them] not being able to make re-entry?”

Still, there’s much we don’t know about the opaque program. For example, the exact number of nuclear weapons North Korea has is also unclear (estimates put the arsenal between about 20 and 60 warheads).

Where they’re located is an unknown as well. “The missiles and launchers are largely hidden in the vast network of underground tunnels and caves that flow throughout North Korea,” says Korda. ”It’s basically impossible to tell where North Korean missiles are at any given time.”

Schmerler estimates that there are about 20 or so nodes around the country where missiles are concentrated. “When they get the order to go launch,” he said, “they just disperse.”

If North Korea can indeed marry its warheads to its missiles, it could create a bomb 15 times more powerful than the one dropped on Hiroshima. Once fired, a North Korean ICBM could reach Alaska in as little as 29 minutes.