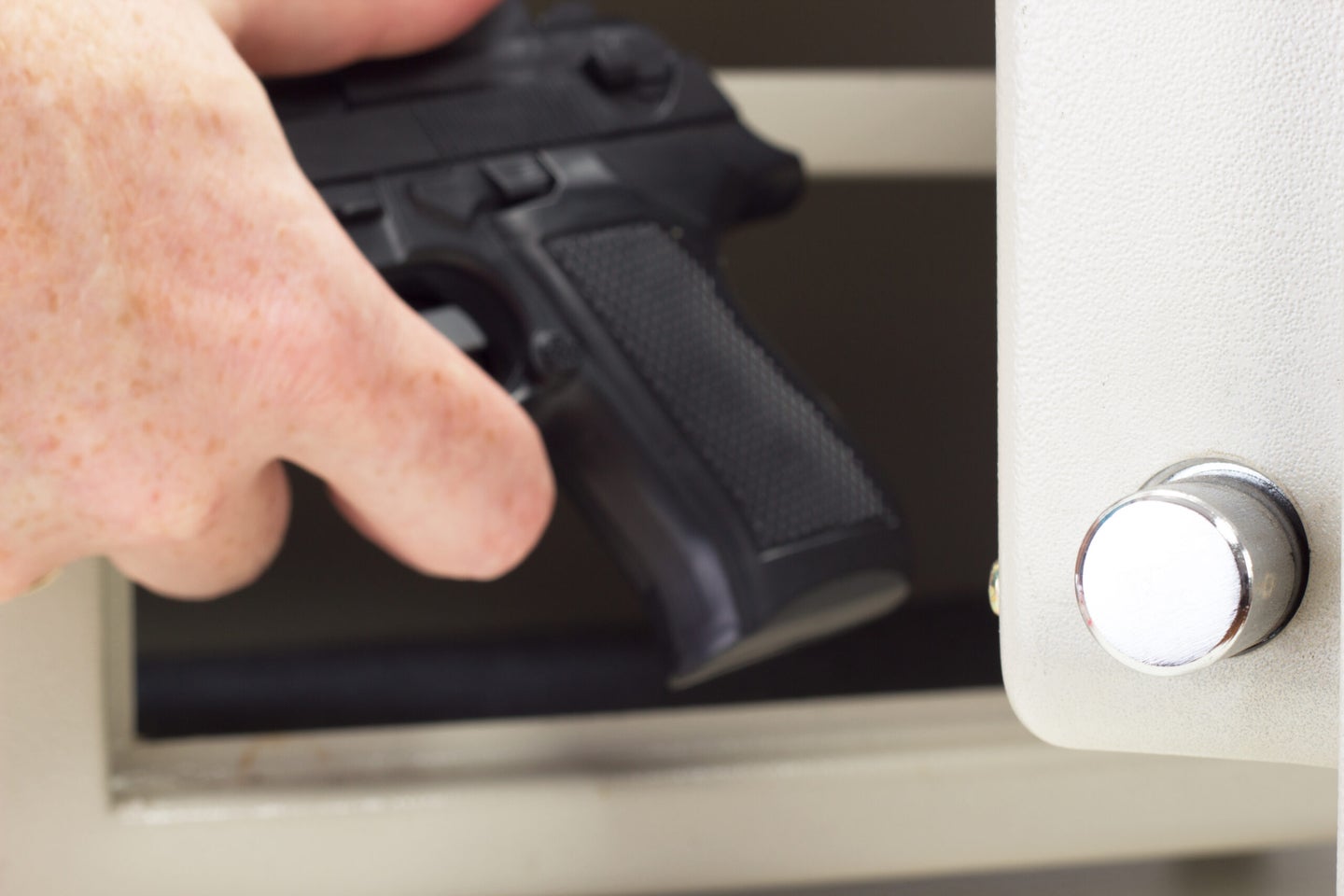 In 2015, more than 1,100 young people died by suicide or by accident because of a gun. New research suggests that almost one-third of those deaths could be prevented by simply locking up guns in the home.

“The take-home message from the findings of the study is that even a relatively modest increase in the practice of safe storage by parents could result in substantial reductions in firearm suicides and unintentional fatalities among youth,” says Michael Monuteaux, a Harvard Medical School professor of pediatrics and epidemiologist who is the first author of the new study.

Their findings also suggest that both doctors and public health authorities need to do a better job of conveying that safe gun storage means safer kids, he says.

To do the study, the Harvard team used CDC gun death data from 2015, one of the few sources of information on gun violence available from the United States government. The CDC is limited in its ability to collect data on gun violence by the 1996 Dickey Amendment, which states that no government funding for injury prevention can be used to “advocate for gun control.” This broadly framed statement has had a chilling effect on all federal firearms research ever since it came into force.

They compared that data with a model that estimated how many deaths would have occurred if a single variable was different—if parents followed basic gun storage safety procedures. “We took the number that was actually observed in [2015], and then we estimated the number that would have occurred if more parents had stored guns safely, and then compared them,” says Monuteaux.

To make that estimate, the researchers designed a model based on the only existing American case study to specifically look at the effect gun storage has on young people, which is from 2005. Using that study’s conclusions on how effective gun storage can be, they estimated how many fewer injuries and deaths by suicide or accident in youths would have occurred in 2015, had more parents followed safe gun storage procedures.

They ran the simulation more than a thousand times in order to get a sense of the range of protectiveness that would be offered by different levels of buy-in from parents, finding that between six and 32 percent of accidental deaths and deaths by gun suicide could be prevented if more houses stored their guns locked.

To break that down differently, if at least 20 percent of homes that store guns unlocked started storing their guns locked, between 72 and 135 youth deaths could be prevented. Additionally, between 235 and 323 shootings of young people in total could be avoided.

But “it’s not actually that common, even for people living in houses with children, to keep guns secured,” says Elinore Kaufman, a fellow in critical care and trauma surgery at Penn who was not involved with the study but has written extensively on gun violence. Studies suggest that only three in ten gun-owning households follow safe gun storage procedures.

This study demonstrates that a simple step—encouraging people to store guns safely—could have a big impact in the number of young lives lost to gun violence, Kaufman says.

It’s also the kind of thing researchers can get behind. “All of the different policies that are out there, most of them, we don’t know whether they’re going to work,” she says. “We are in serious need of better evidence to help not only researchers, but also policymakers find solutions that will actually work.”

Some of the research questions that would demonstrate what actually works can be studied in the real world, she says, but on something like this, a computer model can help demonstrate what kinds of public health interventions might actually make a difference. On an issue as divisive as any kind of gun control in America, it also points to a simple step that few could take issue with. “This is the kind of intervention that most Americans support,” Kaufman says.