Each sport requires different adaptations to the basic chair. 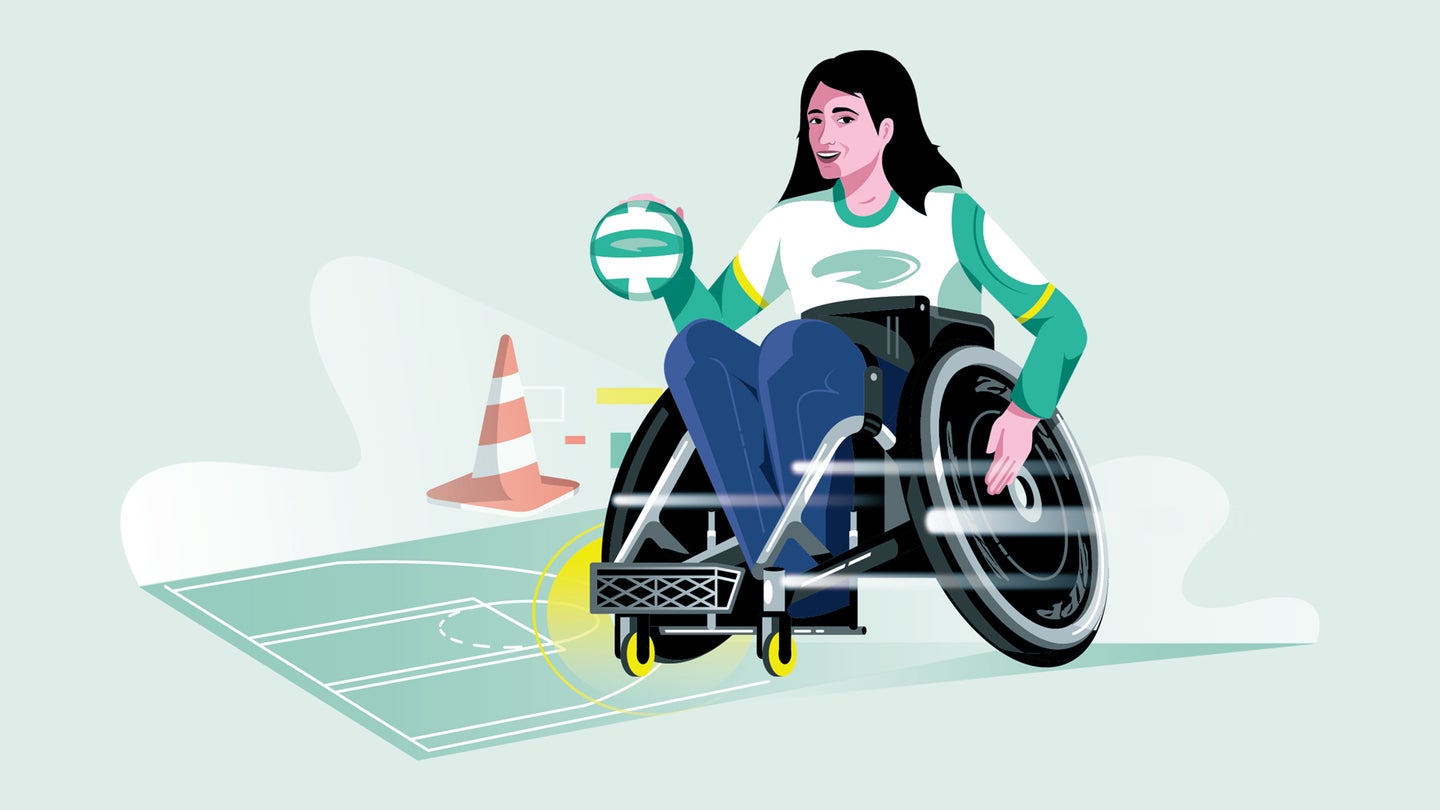 The Paralympics—so called for the Greek prefix para, meaning “alongside”—give elite disabled athletes the chance to compete at the highest level. Not all contenders in the games, which typically run after the Olympics, use wheelchairs, but those who do showcase some of the most technologically advanced assistive devices in the world. Each sport requires different tweaks to the standard chair; we break down a few of them here.

Every custom wheelchair has unique attributes tailored to the needs of the user, of which there are currently about 2.7 million in the US. This manual one weighs less than 20 pounds and has a foldable frame, so it’s easy to lift into a car’s trunk without injury. The handgrips collapse down so other people can’t push the chair without permission. A small detachable motor called a SmartDrive provides power so the individual doesn’t get worn out.

Smooth rides make for fast times on the track. Racing chairs have an extra-long frame with a single large front wheel for better balance. A carbon fiber frame absorbs irritating vibrations while the camber, or outward tilt, of the rear wheels widens the base to increase stability. It also allows for a more natural motion while pushing down and out, and the smaller-diameter rims minimize arm movement.

With one or two extra wheels at its back, this chair stays stable during quick pivots. A greater dump degree—the angle at which the seat slopes toward the back—prevents falls. Guards sit lower for improved balance and ball handling, while forwards perch higher to increase reach while shooting and rebounding. Fewer screws and more welded joints minimize weak points and reduce weight, making for a faster athlete.

The anti-tip wheels behind this wheelchair prevent backward falls during turns. Straps across the stomach, hips, thighs, or feet simulate the muscles players can’t use to help maintain balance. A few chairs have seats that pivot as users move their upper bodies, saving energy. Since pressure ulcers are common for those in wheelchairs, some opt for custom cushions created using a pressure map to mitigate them.

These chairs must withstand heavy impact while maintaining agility on the court. Defenders, like the one seen here, use front bumpers to trap and hold competitors so they can’t cross the goal line. Offensive players tend to sit lower, with a bumper and wings in front of the main wheels to fend off traps during scoring attempts. In a collision, extreme camber (outward tilt) of the wheels keeps hands safe.

Rather than directly spinning their wheels, handcyclists use a crank to move. Athletes either steer by hand, as on a bike, or use their whole bodies to lean into curves. These chairs usually ride low to the ground, which minimizes drag while maximizing speed through turns without tipping over. Multiple seating positions—sitting, kneeling, lying down—allow competitors to customize their rig according to their disability and personal preference.