It will also tell you how long before they turn green. 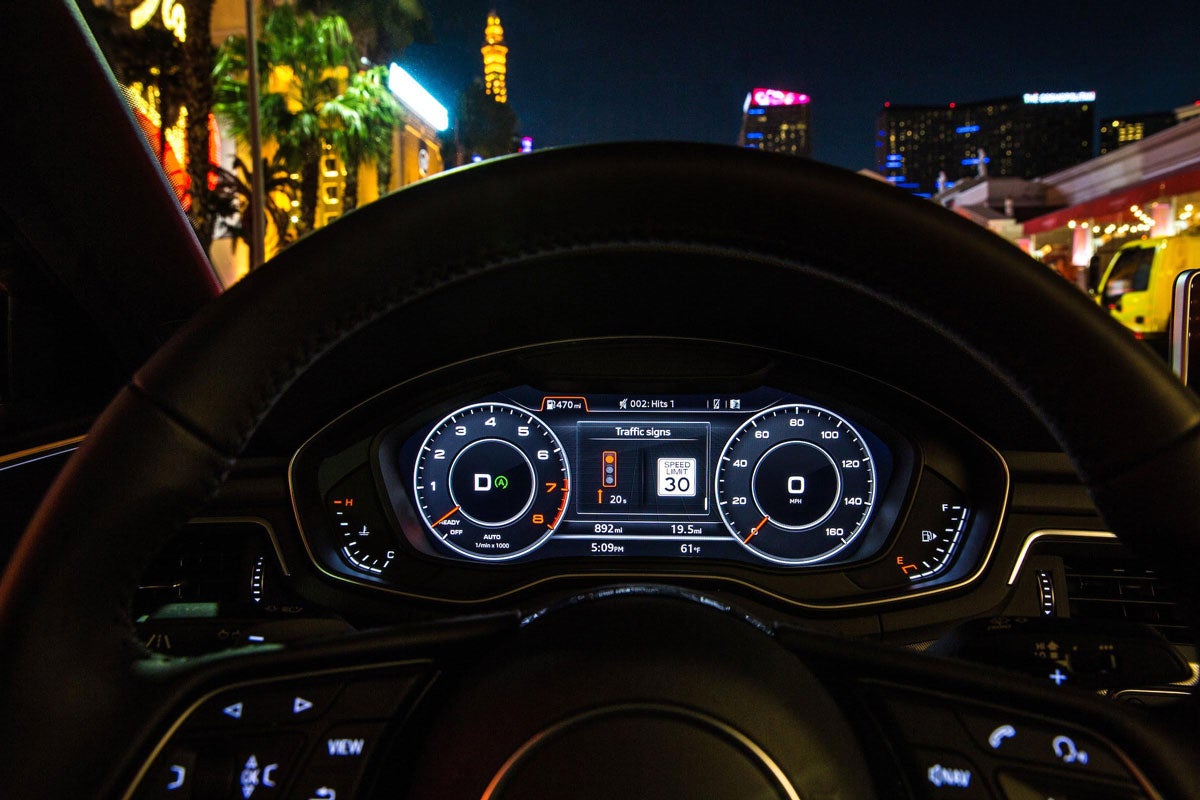 Traffic lights are one of the biggest frustrations of commuting, as drivers stress over whether the upcoming traffic light will turn red before they reach the intersection or watching time slip away at a seemingly endless red light.

Audi can’t help you avoid red lights entirely, but its Traffic Light Information system, which is available on all of Audi’s models except A3 and TT, can tell you what to expect from traffic signals. The technology is currently working in 13 metropolitan areas with more than 4,600 intersections, and those numbers are growing.

Audi piloted this program on a few models with the city of Las Vegas back in 2016, but it has been adding cities and models ever since, until now it is gaining critical mass. And Audi is now adding features to the TLI, so now it can also tell drivers when a green light is going to turn red.

It works like this: As you’re driving along toward an intersection the car communicates with a light that’s equipped with the technology. If that light is red—or is going to be when you get there—a traffic signal icon appears either on the car’s head-up display, dashboard display, or both. As you’re waiting, a countdown will let you know how long you have before it turns green.

To save you having to calculate on the fly, the system will also tell you what speed to maintain to avoid stopping at upcoming lights. The Green Light Optimized Speed Advisory uses traffic signal information and the vehicle position to calculate a speed recommendation allowing drivers to reach traffic lights while they are green. Stopping distance, the speed limit, and the signal timing plans are all considered in determining the speed recommendation displayed to the driver.

Audi gets the information wirelessly from traffic signals that have been upgraded to support vehicle-to-infrastructure communications. These lights send their status to the municipalities that operate them and those local governments relay the information to Audi’s technical partner, Traffic Technology Services.

TTS provides that information to Audi, which forwards it to its cars using their built-in 4G LTE cellular connections. The car puts a countdown on the display for the driver. As you might expect, there is some lag in the system and some amount of educated guesswork going on, so you’ll notice the occasional correcting stutter in the countdown as the numbers count toward zero.

You’ll also notice that the display disappears with three seconds to go, prompting the driver to focus on the road and not the display. It is like the verbal countdown to live television that goes silent at the count of three for Wayne and Garth in Wayne’s World.

Future upgrades to the TLI could include connecting the car’s automatic engine stop/start system, so the car could turn off and then automatically restart at go-time. Navigation systems could also use the data to help plan time-saving routes before you even get on the road.

Only some of the traffic signals in the supported markets are wired for service, but the connections are growing quickly, reports Balaji Yelchuru, Senior Strategist for Audi Connected Data. Some cities, like Portland and Phoenix, have increased their connected intersections rapidly, while Dallas has been nearly static, he said.

Traffic signals typically last for 25 years, and municipal governments are not typically anxious to spend money replacing functional equipment sooner than necessary, Yelchuru explained. So far, Audi is the only carmaker with a traffic light information system, so “it is a bit of a chicken and egg problem,” he said. “But as more manufacturers add the technology, cities should have more incentive to install smart traffic signals.”

In the meanwhile, Audi drivers can appreciate slightly more relaxing commutes as they enjoy a bit more information about what the traffic lights along their route are doing and when they’re going to do it. Just remember, don’t say the last three seconds of the countdown out loud.