Are car headlights getting brighter?

Headlight technology could be changing in exciting ways. 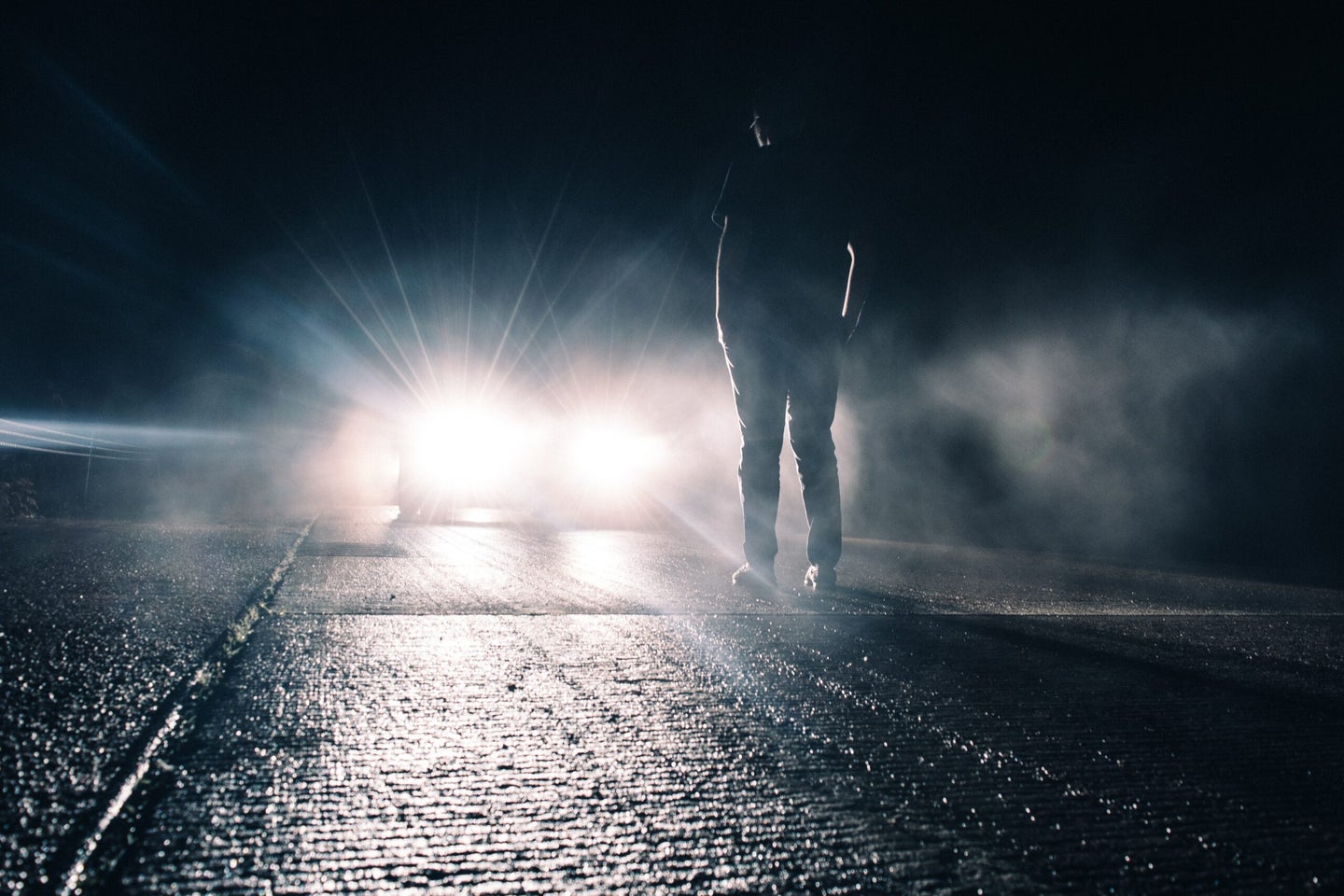 Believe it or not, headlights could be changing. Photo by Eugene Triguba on Unsplash
SHARE

You probably don’t think too much about headlight technology, but you might ponder it the next time you’re driving at night and someone’s high beams pierce your eyeballs. Glare—when someone else’s lights shine brightly in your peepers—is a serious issue. In fact, the National Highway Traffic Safety Administration, or NHTSA, points out in a recent proposed rule regarding headlights that they have gotten “thousands of consumer complaints” about the problem.

Then there’s the opposite problem: you’re driving down a dark road and feel like you can’t see clearly with your low beams. In fact, according to the AAA, if you’re cruising at just 39 miles per hour on an unlit road with only your low beams, you could “outdrive” them, meaning that by the time an object in your path is illuminated, it’s too late to stop for it.

While new technology could be a solution, it’s worth slowing down and exploring the current state of vehicle illumination.

So are headlights actually getting brighter?

The short answer is no—although there was a tweak to headlight regulations in 2008—but multiple factors can cause them to seem brighter.

Headlights are governed by a overwhelming slew of regulations known as FMVSS 108 that dictate how bright they can be, at a maximum and minimum.

One key point pertains to how much light is allowed above the horizontal plane of the low-beam headlights—picture looking at your headlights from the side of the vehicle, and imagine that light shouldn’t be allowed to escape above a line parallel to the ground that comes out of your headlight covers. “Anything above that horizontal level is supposed to be restricted brightness,” says Matthew Brumbelow, a senior research engineer at the Insurance Institute for Highway Safety, or IIHS.

But there’s a “major shortcoming” to the regulations, he says—even if the headlamps themselves meet that requirement, an automaker could actually mount them on the vehicle at an angle, potentially tweaking them upwards in a way that causes glare. The misalignment can be unintentional. “It’s near the end of the assembly line—they’re just trying to crank vehicles off,” he says. That’s an issue that he thinks is actually improving, thanks to a headlight test program the IIHS has been running. “The manufacturers have started to pay much better attention to how the headlights are aimed at the factory.”

The color of headlights is changing, too. While all of them must be considered white, different bulb types have various hues. Halogens are more yellow, while newer high-intensity discharge bulbs and LEDs skew more towards the white and even slightly blue range. Headlights with a different color, even if no brighter, may appear to be more glaring because they look novel. It’s a perception issue, Brumbelow speculates. “Even though the actual intensity is not different, we can perceive the bluer LEDs to be brighter than the halogen bulbs,” he says. Imagine seeing a line of cars with halogen bulbs, followed by one with LEDs: “It’s going to seem different.”

Other issues can cause glare, too. As headlight technology has progressed, that horizontal line—dark above, bright below, where the light is on the road— can become even more distinct. Modern headlights, like LEDs, have “allowed manufacturers to create a sharper cut-off,” Brumbelow says, meaning you may notice the distinct difference between dark and bright.

During daylight hours, the sun can lead to problems too—ultraviolet light can cause the plastic headlight covers to “haze over as they age,” Brumbelow explains. That can make the light exit the car less precisely, causing glare. This can be more of an issue in a sunny places, like Arizona, especially if people don’t park their cars in garages.

Finally, there was an adjustment to the regulations about a decade ago; the last significant change to headlight brightness happened in 2008, according to Brumbelow, when the rules shifted to allow for slightly brighter low beams in the area near that horizontal line cutoff. But Greg Brannon, director for automotive engineering at AAA, notes that those updates would not have ended up giving drivers brighter beams.

There is a solution on the horizon to all of these issues—one that promises to reduce glare while actually giving drivers better visibility in the dark.

The possible fix is called adaptive driving beam, or ADB. “Adaptive driving beam really holds the promise to make the first real step towards increasing safety on the US roadways related to illumination in decades,” says Brannon, of AAA.

Here’s how it works: adaptive driving beam tech uses sensors at the front of the vehicle to detect where other vehicles are, and dynamically dim part of an array of LEDs, or shutter parts of the headlights, to avoid glaring those vehicles. The result is that other drivers won’t be blinded, but the road will be brighter. Brannon compares it to being able to leave your high beams on all the time. The technology is already in use in Europe.

In fact, late last year, the NHTSA submitted a notice of proposed rulemaking that would allow for adaptive driving beam systems on U.S. roads.

Brumbelow, of IIHS, says they support the tech. “Adaptive driving beam is the single biggest new technology that could be introduced to improve glare and improve visibility,” he says. That said, IIHS feels that the NHTSA proposal is likely “too restrictive,” he says, as it would “make requirements that aren’t made in other markets for how the lights work.” (NHTSA was not available to comment on the topic in general due to the government shutdown.)

Ultimately, adaptive driving beam technology could be a ray of hope for everyone who gets behind the wheel at night. “It will be a major step forward for drivers in the US,” Brannon, of AAA, says. (See their comments on the proposal here.) “Over 50 percent of the accidents happen at night, and while headlights are not going to solve every one of those problems, if you don’t know a danger’s there, you can’t react to it.”