What’s the point of a riderless motorcycle?

BMW's prototype will never see the streets, but tech like this could make bikes safer. 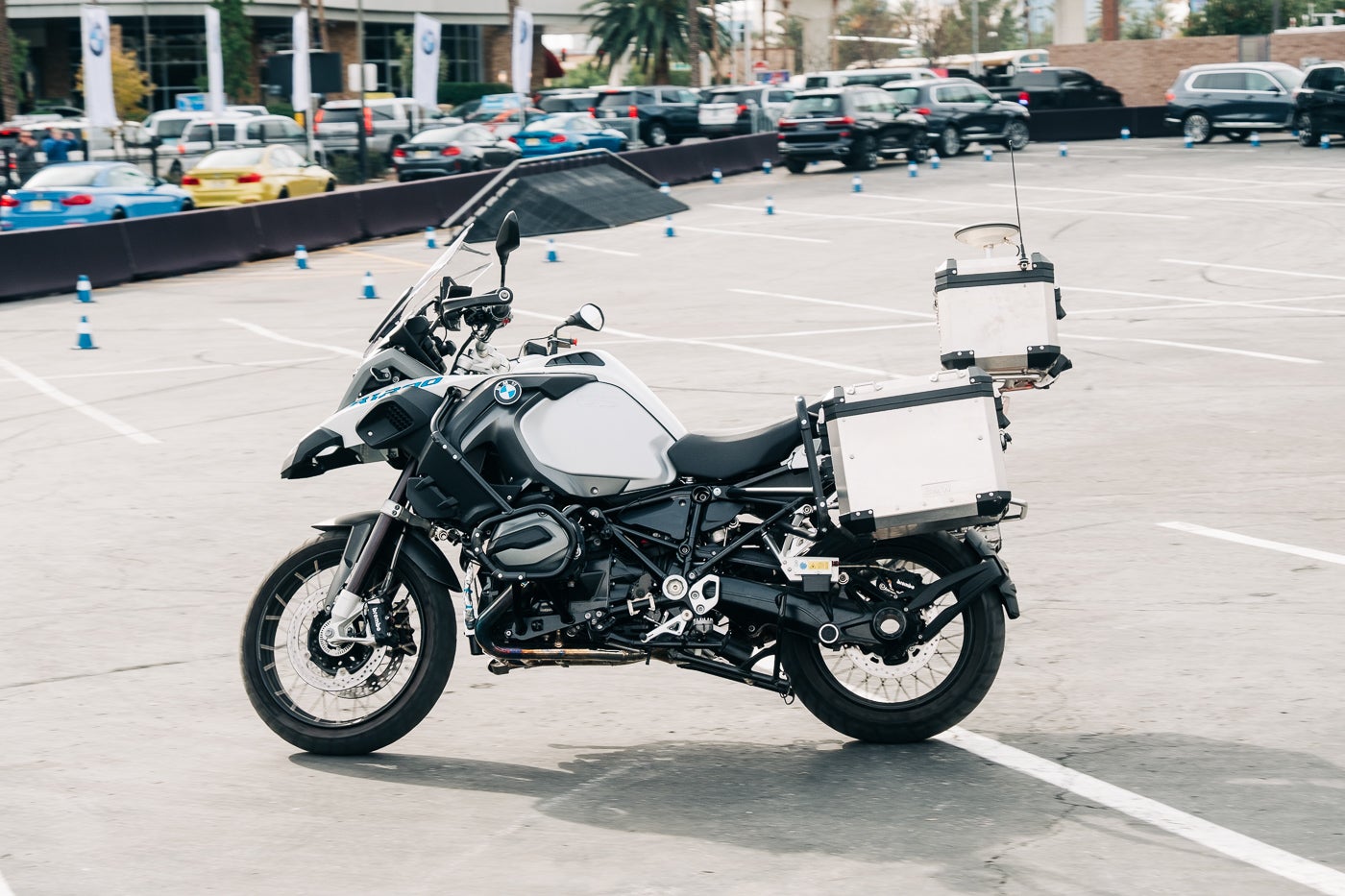 We already live in a world of self-driving vehicles. Autonomous cars have a pretty clear function to offer: they can carry passengers from one place to another, with no driver required to do something old-fashioned like turn a wheel (or earn a paycheck). Other robo-vehicles are designed for a more discrete purpose. A rover from Postmates can carry burritos and other goodies, and a vehicle from Nuro can deliver groceries. Those little bots have no space for people, but are designed for cargo.

So what, then, could possibly be the purpose of a riderless motorcycle?

BMW demonstrated just that today at the Consumer Electronics Show in Las Vegas, where a motorcycle with no human aboard drove across a parking lot, making tight turns left and right and cruising over the asphalt. When it came to a stop, its kickstand even deployed to catch it while it slowed down.

This project has been in the works at BMW since 2014, and the goal is definitely not to unleash a vehicle like this on the streets. Instead, it is to use individual pieces of the technology to help motorcycles navigate a streetscape where other autonomous vehicles are on the road, and to also develop safety features to help riders.

“The intent is not to deliver pizzas, or have the next Uber,” says Michael Peyton, the vice president of the Americas for BMW Motorrad. Instead, they’d like to “help the rider be a better rider,” as well as help them in a world of self-driving vehicles, where communication between cars will be key.

Possible applications for technology like this, Peyton says, could include adaptive cruise control for motorcycles. Or, consider the way that some cars will warn you if you try to change lanes and a vehicle is in your blindspot. Motorcycles could benefit from tech like that too, but in a more connected world, they might be able to do even more. “If the motorcycle was communicating with the car, then the car would know, ‘oh, there’s a motorcycle in this space,” Peyton adds.

Autonomous cars—and even the rover from Postmates—rely on high-tech sensors like lidar to perceive the environment around it. But this bike doesn’t have sensors like that, nor does it have equipment such as a gyroscope to keep it balanced. Instead, it’s driving with the help of a remote human controller, and the speed was set beforehand.

To make this motorcycle capable of riderless driving, they began with “a normal stock bike, and we integrated a motor for the steering,” explains Felix Deissinger, who heads up motorcycle safety and rider assistance at BMW Motorrad. They also automated elements like the clutch.

Deissinger notes that they didn’t begin the project with the aim of creating a self-driving motorcycle—“it just came out that way,” he says—but instead the goal is to be able to someday add layers of assistance, or autonomy, to a bike to give a rider options.

“The idea is to support the rider, not to take him out of the game,” he says. Intelligent tech in this general field already has a place in one BMW motorcycle: Deissinger points to the BMW supersport S1000 RR bike and its onboard sensor that can measure lean angle of the bike, and give that information into the vehicle’s traction control system and brakes, making a motorcycle that he says is safer.