Our bridges are failing. Here’s how we could fix them. 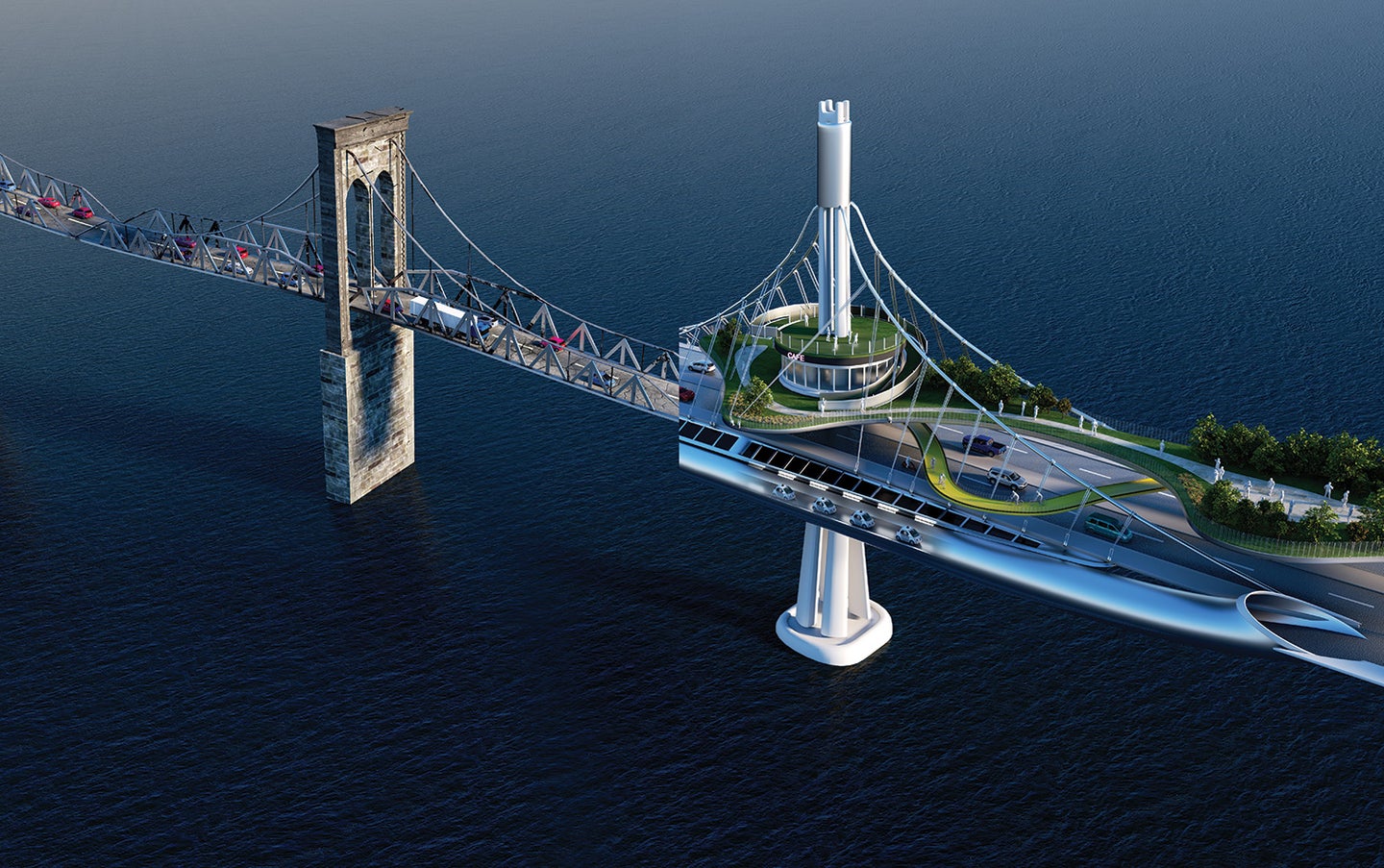 There are 614,000 bridges in the U.S., and nearly 1-in-10 of them is falling apart. When Eisenhower signed the 1956 Federal-Aid Highway Act, estab­lishing a 41,000-mile system of roads and bridges, there was roughly one car for every three people. Today, it’s almost 1-to-1. This influx of vehicles, plus shoddy maintenance, has taxed spans to the brink of collapse. This bridge is the sum of our worst missteps, and how to make them right.

Our old (and current) bridges

1. Limited Lanes
Designers of even the broadest ­­20th-​century bridges didn’t plan past the new millennium. Despite the number of cars per person more than doubling since the ’50s, most commuters still rely on undersize infrastructure. When rain, ice, low visibility, or rush hour strike, the ­result is a long line.

2. Too weak
A new four-door in 1987 weighed 3,221 pounds; its 2016 equal topped 4,000. The extra tonnage per car means many passes can’t accommodate the autos that modern drivers increasingly prefer. The Brooklyn Bridge, for one, bans vehicles more than 3 tons; that’s lighter than many SUVs.

3. No backups
In 1967, a single link in the chain suspending Ohio’s Silver Bridge snapped, bringing down the whole span and killing 46 people in the process. Doubling up on essentials, such as structural supports, would have provided crucial redundancy and avoided a single point of failure.

1. Car-free levels
Getting commuters out of cars is key to avoiding overtaxed spans, but bridges aren’t exactly friendly to bikes or our own two feet. Contemporary designers advocate for lifting parklike promenades above traffic and filling them with public art, health-boosting greenery, ample shading, and even cafes for socializing.

3. Quake-resistant supports
Bridges shake under normal conditions, giving a little to keep from shattering, and a quake is the ultimate test. To stay upright, engineers dig towers into the bedrock, install dampers throughout the structures to absorb tremors, and outfit spans with seismic and traffic sensors that alert authorities to any danger.