Pickup trucks are using apps, cameras, and other tech to make towing easier

The average pickup truck driver only tows once per month. 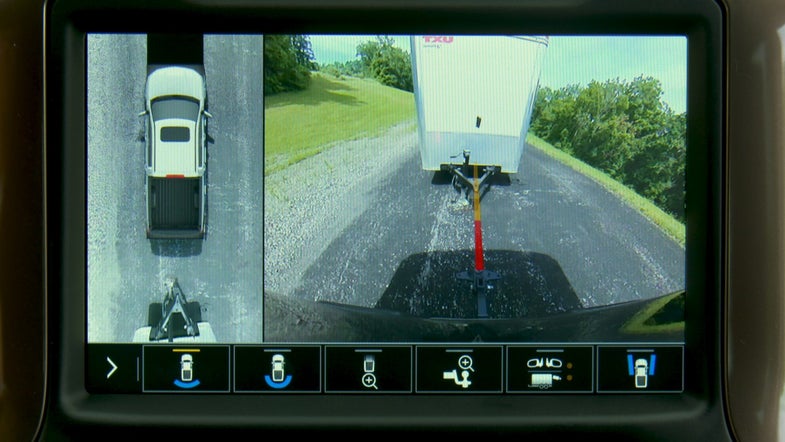 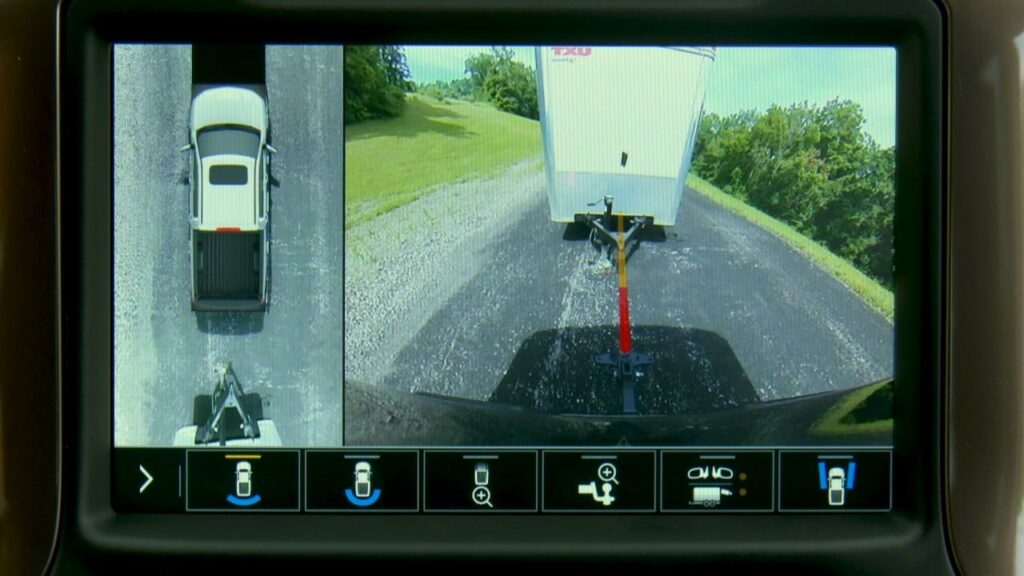 Chevy’s towing system shows you the trailer’s position on the nav screen inside the truck.

Commercials typically depict pickup truck buyers as towing fiends, hauling their boats and horses and ATVs around constantly. In reality, however, only around a quarter of half-ton truck buyers (think the popular Ford F-150 and Chevy and RAM 1500) tow more than once per month according to the truckmakers.

That means that the vast majority of truck owners don’t actually tow that often. For the inexperienced, towing can be an intimidating and difficult process — and anything that makes the towing process faster or easier is a meaningful improvement for a new truck.

In the new 2019 Silverado 1500, for example, Chevy has an “trailering app” both in the truck and on the Chevy smartphone application that includes a clever step-by-step “pre-flight checklist,” giving instructions on how to hook up and test a trailer. 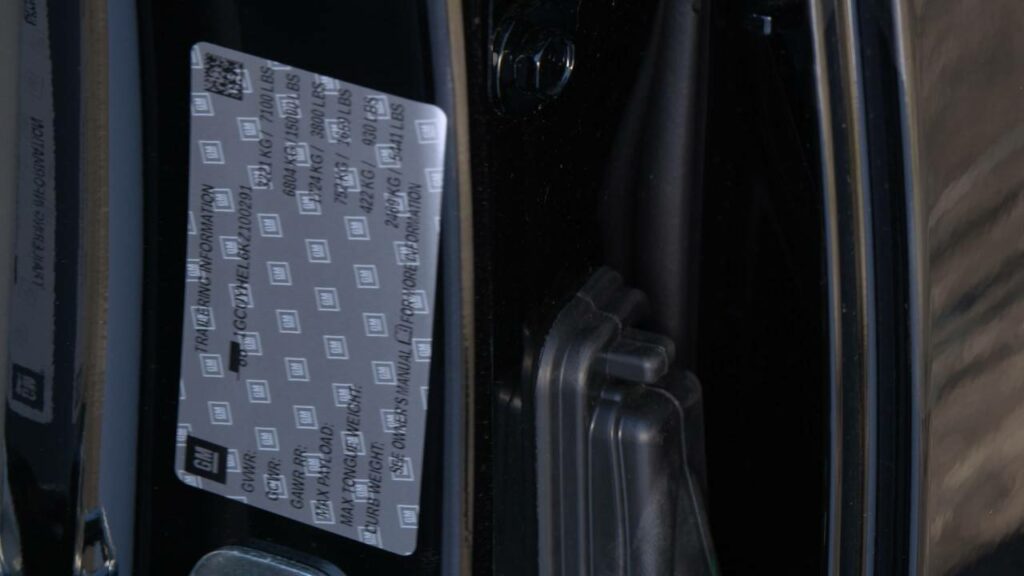 A label inside the door of the truck lists crucial towing information.

While repeat users may eventually outgrow need for the guide, the app still offers useful features for handling essential pieces of the tedious hook-up process. A special trailer light test feature cycles through an exterior light sequence to test turn signals, as well as brake and backup lights. Would-be towers don’t need a buddy to stand behind the vehicle and make sure everything works as you flick the switches. Hopefully other truckmakers will adopt this system as well.

Other clever towing features include an automatically activating parking brake that holds the truck in position after backing up to a trailer. The idea is to prevent the vehicle from moving a few inches after putting it in Park, ruining your perfect alignment between ball and hitch.

Then there’s a feature that activates the anti-theft alarm if the trailer is disconnected while the truck is locked, which Chevy calls an “industry-first.” 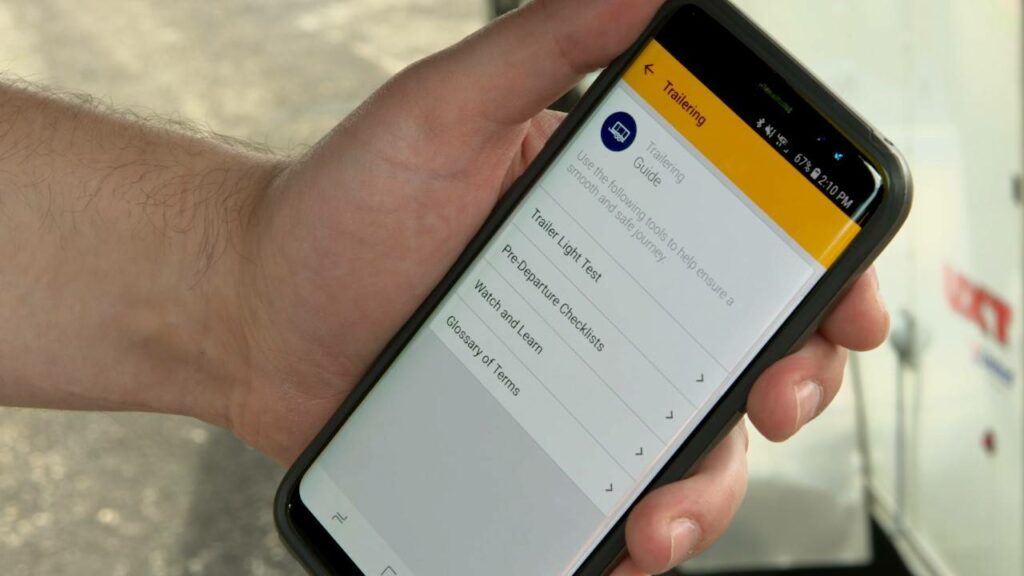 The app provides step-by-step instructions for hooking up the trailer if you need them.

Perhaps the most useful new Chevy feature is the simplest. It’s a label on the door of every 2019 Silverado, custom to the truck’s VIN, that lists things like gross vehicle weight rating, maximum payload, tongue weight (the weight of the trailer on the hitch), and more. As trucks, even ones that look identical from the same manufacturer can have different towing capabilities because of varied engines and drivetrains, the sticker lets owners know at a glance what their truck is capable of. And if you’re only towing sporadically, it’s easy to forget where those limits fall.

A few years ago, Ford released something called Pro Trailer Backup Assist for its F-150 pickup. It involves using a knob to “turn” the trailer left and right as you’re backing up, rather than turning the truck to turn the trailer. It makes backing a trailer super easy, though it is a quite involved process to set up, making it near-useless for borrowed and rented trailers.

It takes a long time to add a new hardware feature to a car. A years-long feedback loop between design, redesign, hardware iteration, fitment, validation, safety, and more. But, if a new feature can be added that doesn’t require any new hardware — say, taking advantage of the advanced on-board systems that come in many new cars — then things can be added a lot faster.

Related: The evolution of the great American pickup truck, from 1925 to today

And it means that life is easier for the 75 percent of half-ton truck buyers who don’t tow more than once a month — and there’s a better chance that you won’t need to wait as long at the lake for some first-time tower to get their boat out of the water.