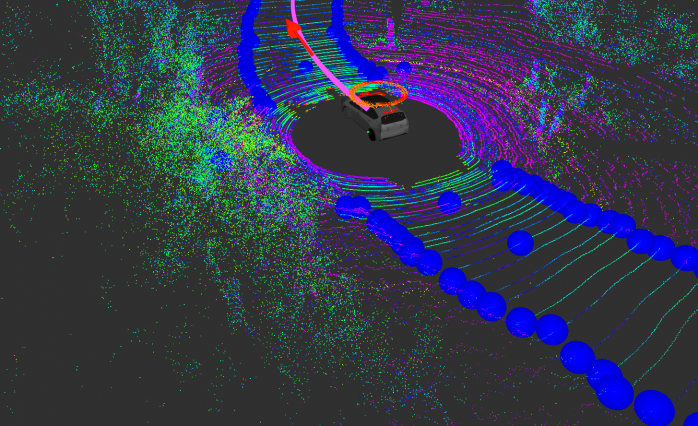 If you hope to ride in a driverless car someday, chances are that the trip will take place in an urban area. When offering jaunts to the public in autonomous cars, companies like Waymo and Drive.ai choose regions such as Phoenix, Arizona, and Frisco, Texas, respectively, where there are plenty of people who might want to jump into a futuristic car to go from one point to another. And Cruise, a part of General Motors, plans to offer an autonomous taxi service next year in a major U.S. city.

But what about running an autonomous car on a stretch of rural road—just an asphalt strip with natural objects like grass and trees nearby, and no detailed, three-dimensional map for the vehicle to reference?

Researchers from MIT have been working on that problem, and their strategy involves teaching cars to drive like humans.

The area where the MIT team worked was Devon, Massachusetts, and they didn’t have detailed maps. Consider the way a map app, like Google Maps, appears on your phone. That kind of map, called a topographical map, “gives just a line segment that shows which roads connect to which roads and roughly what their shape is,” says Teddy Ort, a doctoral candidate at MIT who studies robotics and their perception systems and is the lead researcher on the rural self-driving work. “There’s a huge difference between that kind of map and the map that you would use for self-driving cars in the city.”

Detailed maps can help self-driving cars know precisely where they are in a city, where curbs are, and what’s coming up ahead, like a stop sign. For example, for Drive.ai’s project in Frisco, Texas, their cars—first piloted by people— used their sensors to create three-dimensional high-def maps that they needed to later operate autonomously.

“In urban areas, it is a good, reliable solution,” Ort says. But they weren’t working in a city. “The solution for urban mapping really doesn’t scale very well to a huge portion of the country.” (It doesn’t help that trees and shrubs are constantly growing, either.)

So the team took a drive-without-a-detailed-map approach. They used their research vehicle’s LiDAR sensor, which is a common instrument on autonomous cars, to detect the difference in texture between the asphalt and the grass on either side. Their LiDAR unit consisted of 64 lasers spinning around at 10 times per second. That instrument works because the laser light bounces off the world and then tells the car what the surroundings look like.

The laser system is “looking at the texture of the surrounding areas,” Ort says. The road is flat, and the stuff next to it—grass and shrubs and leaves—is not.

That’s how the car perceived where the road was in front of it, but it still had to know how to drive to its destination without a great 3D map in its silicon brain (although it did have GPS). To do that, it picked a “local goal”—a point in the road up ahead that the car could see, and drove towards it. But it didn’t just drive to that point and stop. The vehicle constantly refreshed that goal as it approached it, like paddling towards a point on the horizon on a big, flat lake.

“The local goal is actually constantly being updated to be as far ahead as the vehicle can see,” Ort says, noting that they refresh it five times per second. The faster you update that local goal, the quicker you can go, so changing it five times per second means you could travel at 55 mph, although the MIT team didn’t have quite that heavy a foot.

Think of the local goal as the carrot suspended in front of a horse’s head.

“This is actually quite similar to how humans drive,” Ort points out. People might have an ultimate destination in mind, but when actually maneuvering the car on the road, they’re likely just looking ahead and driving towards an ever-changing point they can see in front of them.

Ultimately, he sees the tech as one way to “bring the autonomous vehicles out of the city.”

That’s a philosophy that Christoph Mertz, a principal project scientist at Carnegie Mellon University’s Robotics Institute, agrees with. Rural areas can be “neglected,” he says. “If these autonomous vehicles don’t drive in rural areas, then the elderly there might be stuck in their houses because nobody can drive them.”