Why The U.S. Won’t Dare Kill Edward Snowden With A Drone Strike

There are about 1,100 compelling reasons why the NSA leaker shouldn't fear death from above. 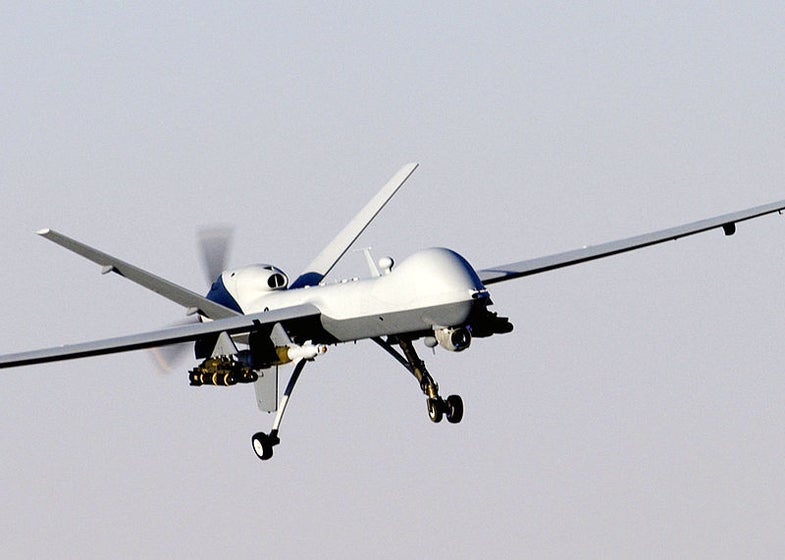 Edward Snowden, a former CIA contractor turned National Security Agency leaker, is hiding out in Hong Kong. Former congressman Ron Paul fears that the United States will try to kill Snowden with a drone missile. He couldn’t be more wrong.

Drones are slow, somewhat clumsy planes, and the armed ones aren’t stealthy. It could not be done secretly; the Chinese military, already watching the Pacific for any sign of hostile movement, would see the drone on radar from miles away. Then, without hesitation, the People’s Liberation Army Air Force would scramble some of its 1,100 fighter planes. In the meantime, Chinese anti-air missiles based in a valley north of Hong Kong would lock onto the target, and attempt to destroy the drone. The drone would then be shot down by either plane or missile, probably over water, and the U.S. would find itself on the brink of war with China.

None of this should be surprising. Drones are not designed to fight aircraft. When the U.S. deploys drones, it’s either because the American Air Force already controls the skies, or because the host country has agreed not to shoot down drones. American drones frequently strike targets in Pakistan’s Federally Administered Tribal Area (FATA).

Pakistan, with hundreds of fighter aircraft and an air defense system, could choose to shoot down the drones but actively doesn’t. There are complicated reasons behind this—U.S. aid money, military support, internal politics, and a general ambivalence towards FATA all contribute, but the truth remains: If Pakistan wanted to stop drone strikes by shooting down U.S. drones, it could. China, which doesn’t have the same incentives or long, tenuous working relationship with the U.S., would make a different choice if the U.S. tried to conduct a drone strike on sovereign Chinese territory.

Accidentally killing innocent civilians, so long a criticism of the American targeted killing program, would become a terrifying certainty in Hong Kong. FATA suffers more drone strikes than anywhere except Afghanistan, and has a rough population density of 300 people per square mile. Hong Kong, by contrast, has 17,000 people per square mile. It’s unlikely a drone, flying above Hong Kong at 30,000 feet, could even locate Snowden in a population that dense.

If a drone could find Snowden, it’s reasonable to assume that that hundreds of innocent people would be killed or injured in the missile attack, which almost certainly constitutes an act of war between the U.S. and China.

Hong Kong is probably an unsafe place for Snowden because of other reasons, but death by American drone strike isn’t something he has to worry about there.