Goodyear To Replace Its Blimps With Zeppelins

Rigid airships are back, baby! 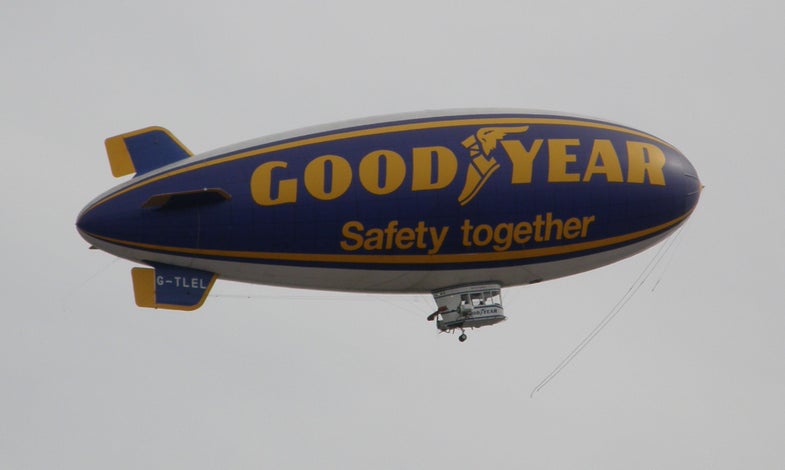 Goodyear is about to succeed where the American military has failed. Rigid airships, also known as zeppelins, seem perpetually stuck in the past, associated more with the optimism of the 1920s and then the fiery doom of the Hindenburg crash. Now, it looks like Goodyear will have their first zeppelin flying in 2014.

The U.S. military tried to revive zeppelins in the 2000s. Those programs (one each for the Navy, Air Force, and Army) had drawn-out and frustrating development cycles, before the winding-down in Iraq and Afghanistan made their missions less relevant. Without a mission and with a troubled history, the airships were mothballed and abandoned.

Thanks to Goodyear, the airship revival is no longer dead. Working with ZLT Zeppelin Luftschifftechnik, a German Zeppelin manufacturer, Goodyear’s new airships will carry more and maneuver better than their non-rigid predecessors. The zeppelins will be 55 feet longer than the old blimps, have a much larger “envelope” (or inflated sack of air that keeps the whole thing aloft). As a result, the new design can haul nearly 7,000 pounds more than the current Goodyear blimps.