Where In The World Is Edward Snowden? 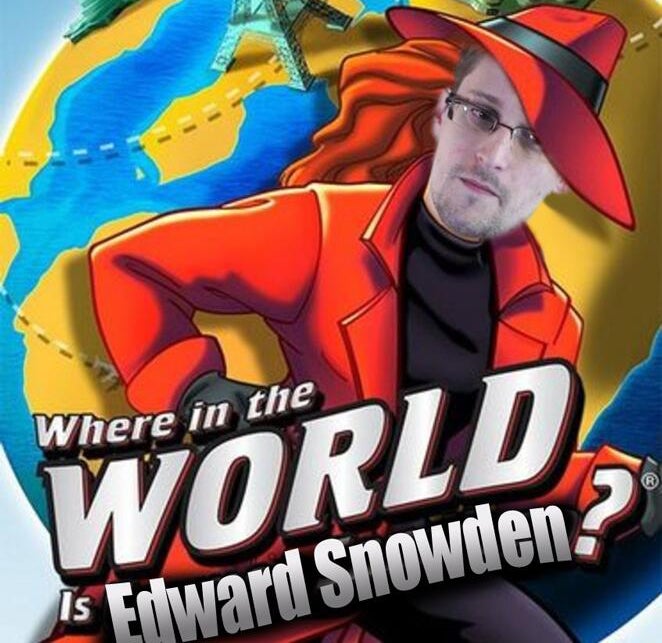 Edward Snowden, the NSA contractor who has acknowledged that he leaked classified information on government surveillance programs to journalists, has had one hell of a busy weekend.

The government filed espionage charges against Snowden. Well, really, they filed the charges on June 14th, about a week after the bombshell of the PRISM program was revealed in the Washington Post and the Guardian, but the espionage charge was only unsealed on Friday, timed perhaps to keep its media profile low.

The espionage charge is serious enough that the government will try to extradite Snowden to the U.S. so he can be tried. Espionage is a felony, so any American aiding and/or abetting his travel could be tried as well.

Snowden hung out in the undisclosed home of a supporter in Hong Kong, not necessarily the safest place for an American fugitive to be. He didn’t leave the apartment.

Snowden leaves Hong Kong late Sunday morning. He heads to Russia. We know this from a series of press releases from governments.

At around 10 a.m. on Sunday morning, Hong Kong officials released a terse and not entirely friendly statement that read as follows:

This is sort of a technicality; most extradition agreements require that both nations/territories agree that the crime was in fact a crime. Hong Kong is kind of waffling, stalling for time by requesting “additional information,” but clearly not making any effort to keep Snowden in Hong Kong. Experts agree that it seems as if neither Hong Kong nor the mainland Chinese government particularly wanted to get involved in the case.

The Chinese government, which is separate and at times at odds with the Hong Kong government, alleged in its own statement that China was a victim. Given how often American companies and government agencies accuse China of hacking, this must have been a fun statement to write. “We express grave concern about the recently disclosed cases of the U.S. government agency in question engaging in cyber attacks against China, and this again demonstrates that China is a victim of cyber attacks,” it reads.

Where did he go? Well, later that same day, Interfax, a Russian newswire, posted a quick blurb that Snowden had entered Russia and was seen at Sheremetyevo Airport, a major hub which serves Moscow. Here’s where it gets fun, like a John le Carre novel: a “source” told Interfax that Snowden was booked on the next flight to Cuba. Cuba made our list of the best places for an American to hide from the U.S. government; there’s no extradition treaty and the Cuban government and people have no desire at all to assist the American government.

This, it appears, was a red herring. Journalists boarded this plane to Cuba and found that Snowden’s alleged seat was empty. Soon after, the Ecuadorian foreign minister tweeted that Ecuador had received an asylum request from Snowden. Immediately after, WikiLeaks released a statement saying Snowden “is bound for the Republic of Ecuador via a safe route for the purposes of asylum, and is being escorted by diplomats and legal advisors from WikiLeaks.”

Assange and WikiLeaks have a history with Ecuador, which is one of a few South American countries that’s no friend of the U.S.; its president, Rafael Correa, is described as a “vocal critic” of U.S. foreign policy.

This morning, Julian Assange, the platinum-headed wood-nymph in charge of WikiLeaks, gave an extensive statement about what he calls “a part of the Obama administration’s war on whistelblowers.”

So, we don’t know exactly where Snowden is; we’re taking Assange’s word for it that he’s “healthy and safe” and on his way to Ecuador. Enjoy Ecuador, Edward!