Weirdly, it bears a striking resemblance to non-stealth drones. 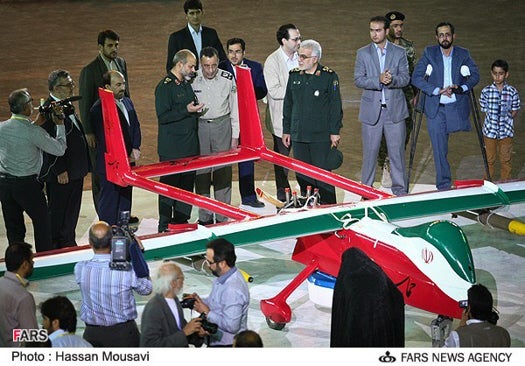 Last week Iran unveiled the brand-new Hamaseh Stealth and Combat Drone. You can see it above.

Note the non-retractable landing gear and externally carried missiles. However stealthy the Hamaseh’s bulbous head may appear, exposed landing gear, missiles, and a push propeller are the opposite of stealth. Why? Because they stick out from the drone in a way that catches radio waves and makes them visible to radar.

For contrast, here is the U.S. Navy’s state-of-the-art X-47B stealth drone in flight. With the landing gear retracted into a smooth belly, there are hardly any broad perpendicular edges for enemy radar to detect. There is no tail, which which would catch radar as well, and it’s propelled by an integrated jet engine, not an exterior propeller. The X-47B carries weapons in two internal bays. All of these features lead to a smooth design and a minimal radar profile. 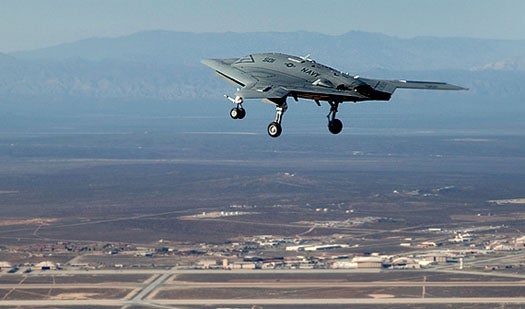 The Hamaseh looks nothing like the X-47B. Instead, it bears a striking resemblane to the a Pioneer drone used by the U.S. Navy: 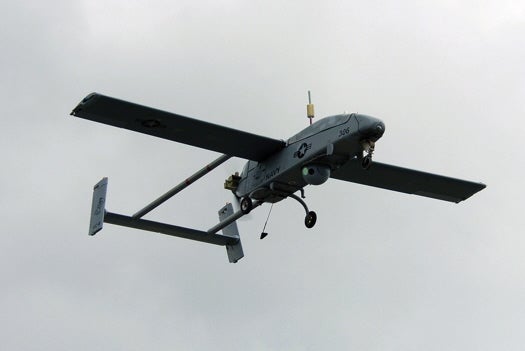 The drones are very similar in appearance and general body type. The Pioneer also lacks retractable landing gear, and while it doesn’t carry weapons, it is frequently equipped with cameras or other sensors that make it more visible to radar. It is not a drone that the Department of Defense regards as stealth.

This wouldn’t be the first time Iran announced a stealth vehicle or a drone with capabilities it couldn’t prove. Heck, it’s not even the first time this year.