Even though giant companies like Lockheed and General Dynamics produce the majority of U.S. military hardware, the Department of Defense... 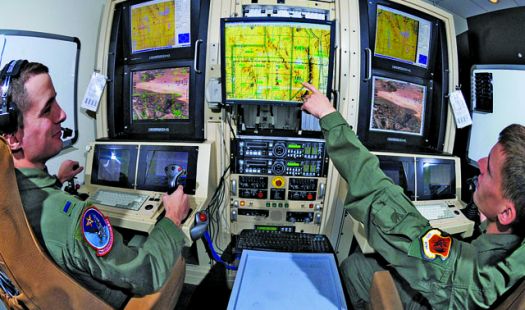 Even though giant companies like Lockheed and General Dynamics produce the majority of U.S. military hardware, the Department of Defense still turns to small businesses for some of its more speculative, futuristic programs. Uniforms that detect the exact place and type of wound, computer targeting for air-to-air machine guns and non-lethal mini-drone missiles are just some of the new technologies the DoD hopes to farm out this year to more boutique firms.

The Small Business Innovation Research program released its latest slate of solicitations yesterday. These solicitations represent a peek into what the U.S. Armed Forces imagine for their future. And based on this latest bunch of requests, the military anticipates a future force of digitally integrated soldiers operating an ever-more-versatile array of robots.

For the human soldiers who have yet to get replaced by robots, the solicitations describe a new era of smart uniforms that monitor the health of the wearer. The new uniforms would have integrated sensors woven into the fabric, and when the soldier gets hit, the sensors would detect the location of the wound, the damage done and even the kind of weapon used in the attack. Medics arriving on scene would get the wounded soldier’s vital signs and wound diagnosis from the uniform, allowing them to skip a preliminary hands-on assessment and deliver targeted first aid. Meanwhile, the clothing would immediately notify the commander that a soldier had gone down, allowing officers to monitor casualties in real time.

The solicitation imagines a civilian use for this technology as well, with regular clothing managing “heart/muscle monitoring for athletes, vitals measurements for babies, and blood sugar levels for Type I and Type II diabetics.”

To transition from todays’ “many operators, one drone” model to a future “one operator, many drones” model, the DoD is looking for richer drone control interfaces and more autonomy from the robots. One Navy solicitation requests a new kind of visualization software that more closely resembles StarCraft than Call of Duty, presenting variables like ammo and fuel levels, location and system status from multiple drones in an easy-to-understand fashion. Meanwhile, another solicitation details the need for better automation of air-to-air machine guns, allowing for more accurate dogfighting with less human input.

The Army, on the other hand, is in the market for smaller, less complex, less deadly drone weaponry. In one of their solicitations, the Army requests a new, non-lethal warhead for a man-portable kamikaze drone. The drone would launch out of a bazooka like a rocket, and then loiter in the air above the battlefield. An operator on the ground controls the drone until it finds a target, at which point the drone turns into a missile and non-lethally strikes. If the military applications of a non-lethal drone missile seem few and far between, don’t worry, since the solicitation helpfully notes that “commercial applications might include, but are not limited to: crowd control for local law enforcement; border protection for Homeland Security; or temporary incapacitation of non-violent criminals for local SWAT teams and/or law enforcement.”

Of course, why a SWAT team would need a hybrid drone/missile to incapacitate a non-violent criminal is anyone’s guess.