Oklahoma Students Design Drones That Can Fly Into Tornadoes

The remotely piloted vehicles could one day replace storm chasers, who risk their lives to capture valuable data about tornadoes. 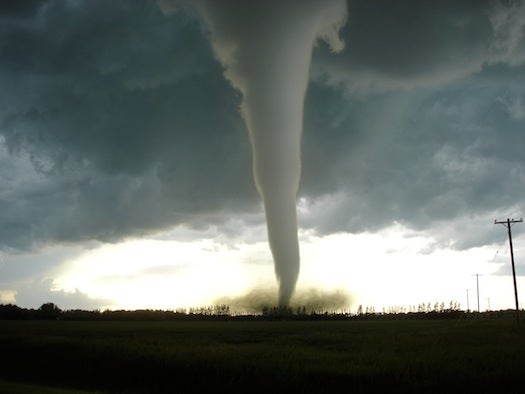 The best way for researchers to get information about a tornado is to send sensors high up into the storm—a maneuver that is too dangerous for a manned aircraft and, up until now, has been too complex for most remote-controlled craft.

Engineering students at Oklahoma State University have designed three concept drones that may solve this problem. Three teams of students came up with plans for Storm Penetrating Air Vehicles (SPAVs). The goal is for these remotely piloted machines to ultimately replace storm chasers, who risk life and limb driving after tornadoes to capture data. 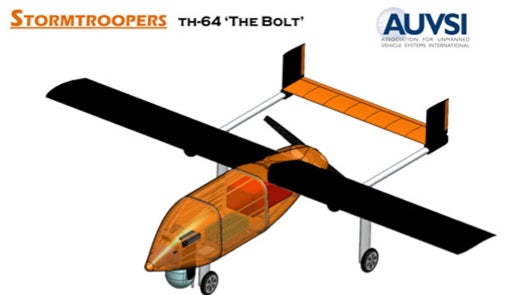 Here’s what the drones needed to be able to do:

Dropsondes? Dropsondes are cylinders full of sensors that can be dropped or carried (by aircraft or balloons) into storms, where they rapidly collect and transmit data about humidity, temperature, windspeed, and wind direction. The National Center for Atmospheric Research uses dropsondes to study hurricanes. 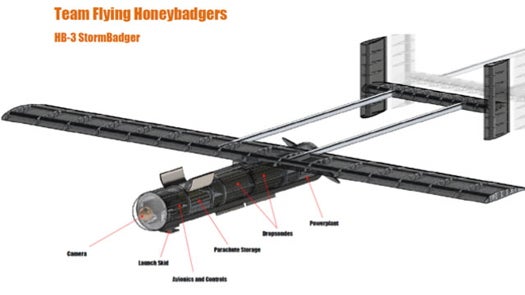 The SPAVs could serve as more powerful, reusable dropsondes, with onboard sensors for temperature, pressure, humidity, wind speed, altitude, GPS, and dew point depression, as well as an optical and infrared camera. 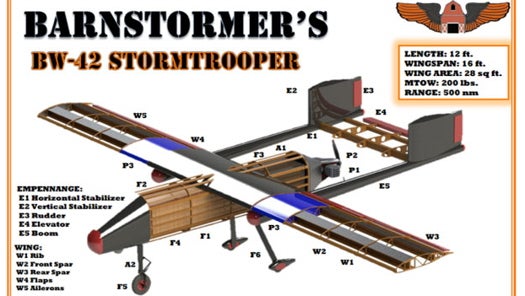 Currently, there’s no direct way for the Federal Aviation Administration to authorize such flights into storms, though Jacob told Popular Science that a professor at UC Boulder has received special exemptions in the past. It seems likely that these kind of unmanned vehicles will be covered by new FAA rules, which are set to allow drones into commercial airspace starting in 2015.