Robots record the folly of man 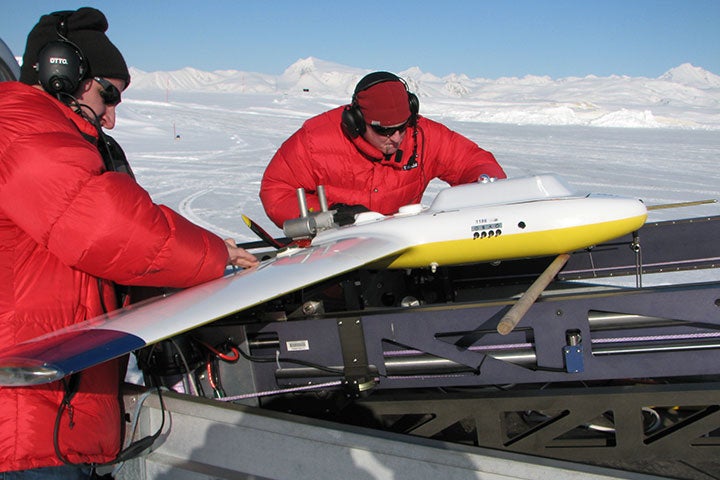 North of Norway, the robots wait. From a laboratory on Svalbard, a team of researchers led by Christopher Zappa of Columbia University’s Lamont-Doherty Earth Observatory are sending at least two Manta UAVs over the Arctic Ocean. Between Svalbard and Greenland, the drones measure melting ice with every flight to help humans better understand climate change and its impact on the Arctic.

The Manta drones Zappa uses have a maximum weight of 60 pounds. They can fly for over 6 hours with a top speed of 80 mph, and transmit video at a range of up to 23 miles. With a price tag below $250,000, the gas-powered prop-driven Mantas are a budget alternative for climate research when compared to some drones, like NASA’s Global Hawk, which cost somewhere between $45 and $80 million. And with downward-facing visible and infrared cameras, plus an altimeter that measures the ice’s surface texture, the Mantas are also much more capable than off-the-shelf drones available for consumers.

The drones will track ice melt, ice reflectivity, water temperatures, and other metrics on short, autonomous flights from Svalbard. One drone will also drop small floating sensors into the ocean itself, where they will collect data on salt levels in the water and relay that back to the researchers. Arctic ice is melting at unprecedented rates, and studying it with precision drones will give scientists a better grasp of just exactly how the Earth is changing. Hey, it beats sitting in a ball on an iceberg.