As the sky goes dark, robots will conduct atmospheric science. 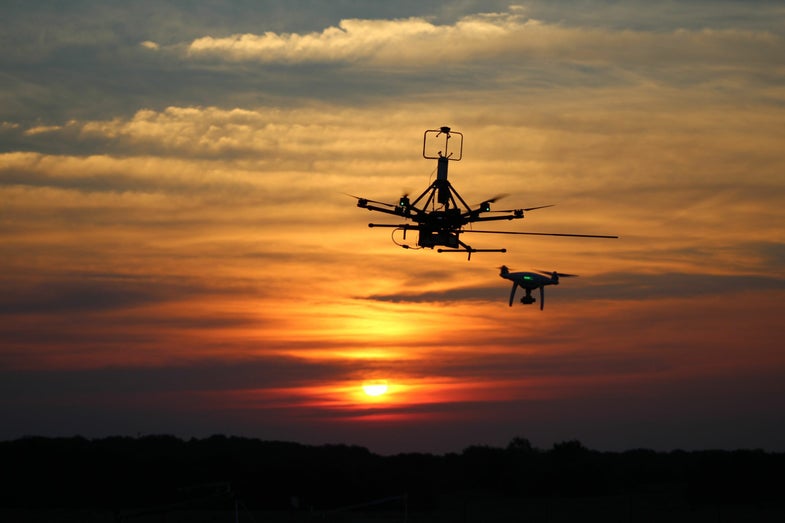 When the sun disappears behind the moon on Monday, scientists will be ready. The astrophysics of the eclipse are known, so for space watchers it will be a time to relax and partake in the strange beauty of day gone suddenly dark. For the atmospheric scientist however, the eclipse provides a shining opportunity to directly study how the sun influences weather patterns by heating the atmosphere. To that end, a team of researchers from Oklahoma State University and the University of Nebraska is going to spend Monday tracking changes in the atmosphere in the path of the eclipse. And to get just how the eclipse changes the weather in the low sky, the team will fly drones during the totality.

This flight is part of the broader “Collaboration Leading Operational Unmanned Development for Meteorology and Atmospheric Physics” (CLOUD MAP) project, where four universities are trying to figure out how to use drones to better study weather. Drones are ideal because they can fly above towers and below where manned aircraft and balloons operate. It’s this lower atmospheric boundary layer that the drones are built to study.

“There’s an impact during what we call the diurnal cycle, the night-day boundary, the sun comes out, starts heating up the ground, and that’s where a lot of our unstable weather phenomena starts to form,” says Jamey Jacob, a professor of Mechanical and Aerospace Engineering at Oklahoma State University. “The sun comes out, starts to heat the ground up, moist bubbles of air detach from the air as they get hot and go up and form thunderstorms, tornadoes, all kinds of things.” 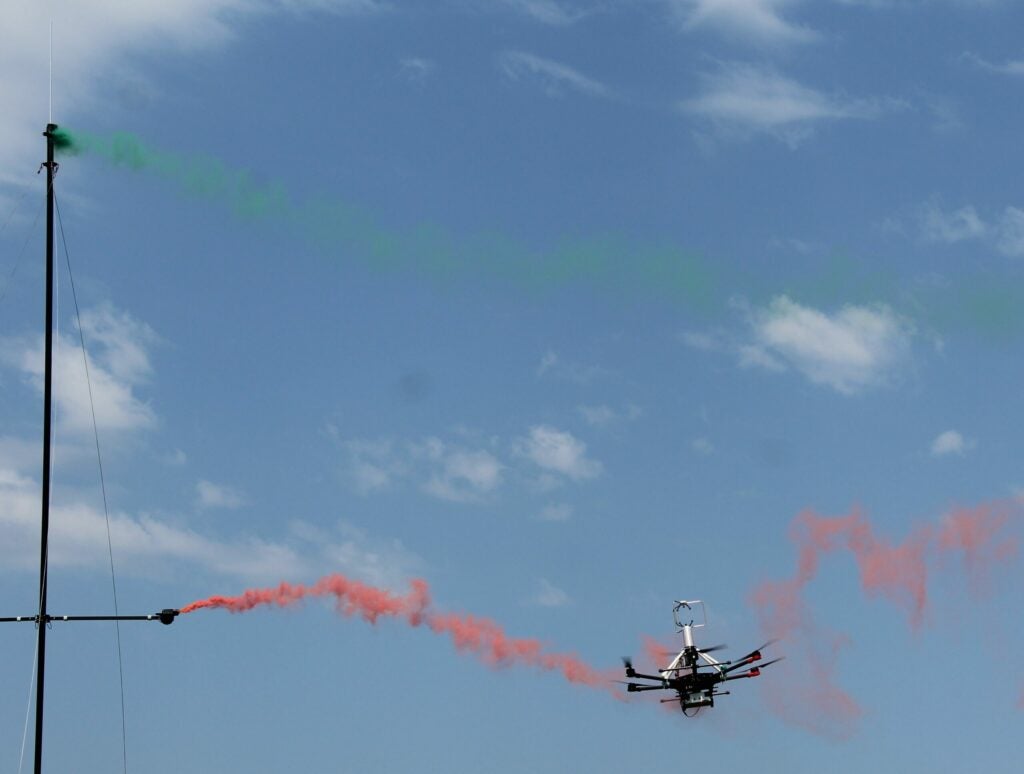 This drone is measuring the wind, like it will do during the eclipse.

Those changes normally happen with the day-night cycle. The eclipse offers a rare moment to observe the change against the backdrop of the day, to see how a sudden absence of that direct, solar heat changes the air and in turn changes the weather. For the measurements, the drones are equipped with sensors to collect temperature, humidity, and pressure readings, as well as special ultrasonic sensors, designed to measure the wind.

“It may sound relatively simple but essentially you take away that radiation, that heat in a certain area,” says Jacob, “it starts to cool down, as it cools down you essentially get a giant sucking effect from the hot air around and into this colder region.”

By the end of Monday, the drones should know if the eclipse sucks, though it will take more time to thoroughly analyze all the data collected. To match the drone flights to the sequence of the eclipse, they are equipped with light sensors, and some drones will have visual light and infrared cameras to see if they can stop any interesting phenomena. And the drones will fly, not just during the totality of the eclipse, but throughout the day, comparing readings from the drones to stations on the ground to balloons sent into the sky, building a complete picture of what a little solar darkness means for the weather that follows.

“Nothing,” says Jacob, “could be cooler or geekier.”