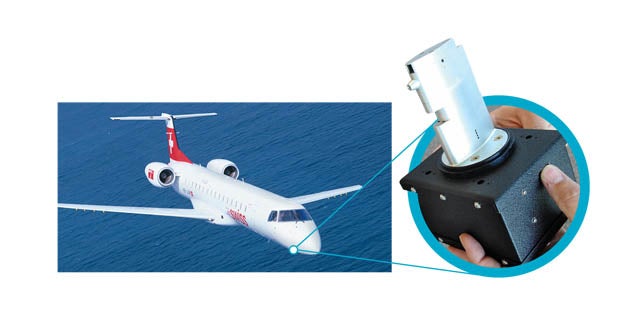 Last September, five days before Hurricane Ike pulverized the Texas coast, the National Hurricane Center pegged a point near Corpus Christi as the storm’s most likely landfall. Residents of the low-lying region around Galveston, some 250 miles north, breathed a sigh of relief.

But then, 20 hours before Ike reached land, it hooked a right turn in the Gulf of Mexico, plowed into Galveston, and buried the city under a deadly storm surge. If only a different prediction had gotten the headlines. The hurricane’s eye made landfall less than 10 miles from the location predicted by AirDat, an eight-person team of private-sector forecasters in Raleigh, North Carolina. AirDat has nailed the path of a number of storms and, as the Atlantic hurricane season hits its peak this month, national weather agencies will probably look to the company for help.

For the past 60 years, meteorologists at the National Oceanic and Atmospheric Administration have created forecasts primarily from weather balloons that measure atmospheric pressure, moisture, temperature and wind speed. But the balloons get released only twice a day and from just 70 locations around the country, leaving vast swaths of atmosphere unsampled. 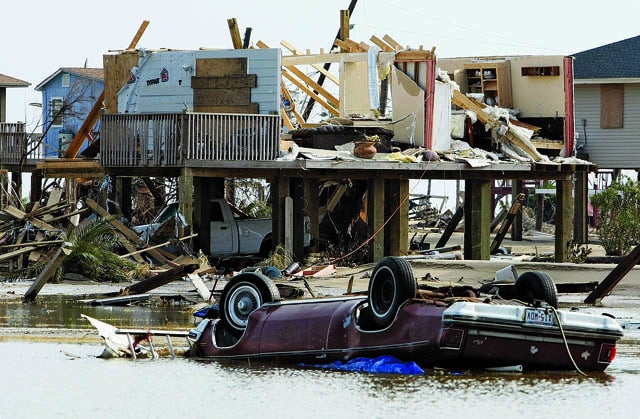 Galveston residents could have better prepared for Hurricane Ike had they known that they were in its path.

Since 2004, AirDat has honed an entirely different method for gathering more-accurate daily atmospheric data and delivers it to airlines, energy companies with mid-ocean drilling rigs and wind-turbine platforms and, on occasion, to NOAA. The key to AirDat’s success is its wallet-size, airplane-mounted Tropospheric Airborne Meteorological Data Reporting (Tamdar) sensors. The sensors, which test the same variables as weather balloons, provide data from the ground up to 25,000 feet, the key atmospheric segment for short-range forecasting because it’s where most severe weather forms. AirDat now collects info from 160 sensor-equipped planes making daily flights out of 225 airports from Alaska to Florida, and it is in the process of adding another 320. The fleet produces some 6,000 “soundings”—reports created from millions of Tamdar measurements—per day. AirDat scientists run these high-resolution data packages through computer weather models to make up-to-the minute forecasts.

In recent studies, NOAA scientists determined that Tamdar data reduces short-range forecasting errors in temperature, relative humidity and wind speed, the three most critical drivers in creating dangerous weather, by up to 28 percent, 50 percent and 10 percent, respectively. That jump in accuracy is “like someone running a two-minute mile,” says Neil Jacobs, an atmospheric scientist with AirDat. When NOAA began incorporating Tamdar data into its cutting-edge Rapid Update Cycle predictive model last fall, one of the first times the government had used private-sector data in its forecasts, its predictions became up to 30 percent more accurate.

Although AirDat’s main goal is to improve the daily weather report, it could also make flying safer by providing pilots with real-time turbulence and icing conditions. When Continental Flight 3407 crashed outside Buffalo and killed 50 people in February, the National Transportation Safety Board used GPS-stamped data from Tamdar-equipped planes to confirm that there was icing in the area. “Without Tamdar, we never would have been able to verify the icing,” says Donald Eick, a senior meteorologist with the NTSB. Had Flight 3407 been equipped with Tamdar, he suspects, the pilots might have avoided the foul weather altogether.

Currently NOAA has room in its budget to purchase just some of AirDat’s data, and only on a month-to-month basis. Many meteorologists would like to see NOAA get the federal funding to make AirDat the national standard but, says National Weather Service forecaster David Helms, “it’s NOAA and the FAA’s case to make.” Ike’s destruction serves as a good argument for ordering the full slate of data: When AirDat looked back to learn why its forecast was so accurate, the key piece of data was a single low-pressure trough it recorded in Alaska.