The U.S. government, understandably, doesn’t want its drone technology to fall out of the sky and into other peoples’ laps.... 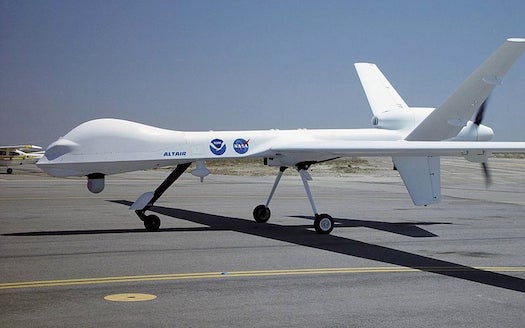 The U.S. government, understandably, doesn’t want its drone technology to fall out of the sky and into other peoples’ laps. But being able to hijack a drone and control it? That’s even worse. And a team of researchers has done it for 1,000 bucks.

The University of Texas at Austin team successfully nabbed the drone on a dare from the Department of Homeland Security. They managed to do it through spoofing, a technique where a signal from hackers pretends to be the same as one sent to the drone’s GPS.

We’ve seen spoofing before; it was reportedly used to bring down the drone that crashed in Iran last year. As the researchers point out, we’ll be seeing (or maybe not seeing) more and more drones in the skies as the technology becomes more widely used, so making this technique ineffective will be high on Homeland Security’s priority list.