A new helicopter engine design that's both safe and simple 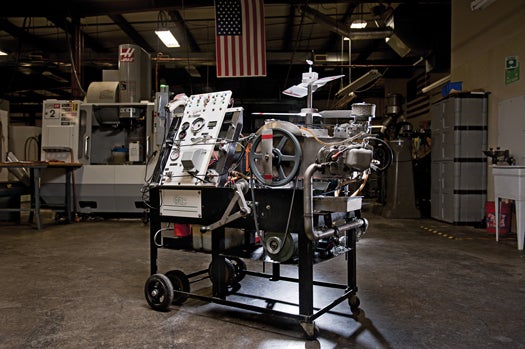 When James O’Neill, a retired marketing executive, first learned how helicopter powertrains worked a decade ago, he immediately started redesigning them. Most helicopters have a huge transmission that reduces the engine’s high speed to a level more fit for the main propeller and turns the tail rotor to keep the aircraft from corkscrewing out of control. Engineers had found a way to get rid of the tail rotor years ago: Place a coaxial propeller on the main propeller, and spin it in the opposite direction. But doing so still required a complicated assembly to achieve the proper speed and to create spin in opposite directions. O’Neill realized that a cam engine, which trades a crankshaft for a series of lobed cams, could power both propellers at the right speed without the need for a weighty, maintenance-heavy gearbox. If he could just design a cam system that produced counter-rotational force, he’d have a new kind of helicopter that was simpler and lighter.

In O’Neill’s NorEaster engine, eight opposing pistons drive a pair of four-lobed cams. (The system could also work with four pistons.) A piston stroke cycle creates a quarter of a cam rotation. Piston engines run efficiently at 2,000 rpm; the four-lobed cams reduce the piston speed to 500 rpm at the rotor, ideal for smaller (up to 2,000 pounds) and unmanned helicopters. Between the two cams is a bevel-gear assembly whose sole function is to make the cams, and the rotors they drive, turn in opposite directions.

The current NorEaster prototype has a power-to-weight ratio comparable to most conventional helicopter power systems, even though O’Neill made it in a local machine shop from generator and weed-whacker parts. But it’s not yet light enough. To make the NorEaster a salable alternative, O’Neill will build a version made from lighter-weight, custom-machined parts with the goal of generating one horsepower per pound.

Cutting weight without losing power is a challenge, but O’Neill isn’t going it alone. A group of students at Worcester Polytechnic Institute in Massachusetts recently analyzed and redesigned the NorEaster system for their senior project. O’Neill is now overseeing a team of volunteer machinists, engineers and friends to build the next prototype. They could test it in a helicopter as soon as next year. “These are basic pistons and cylinder heads and cams that have been used for 100-odd years,” O’Neill says. “It’s not rocket science.” 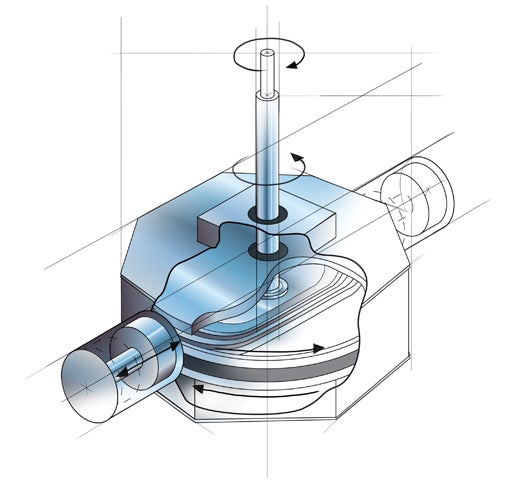 The NorEaster: How It Works

The NorEaster proof-of-concept prototype eliminates the crankshaft in favor of two rotating cams. A bevel-gear assembly makes them rotate counter to each other, providing equal rotational force in opposite directions. The next prototype will have four-lobed cams that work with four or eight pistons.