A Plan For Airships That Might Finally Take Off

Sky Captain and the World of Today 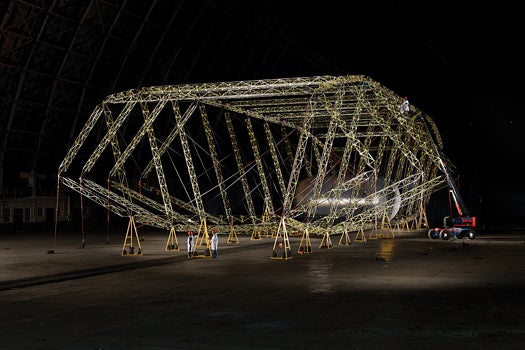 “Some kids wanted to be firefighters,” Igor Pasternak says. “I always thought about blimps.” Pasternak grew up in Lviv, Ukraine, near a weather station. When he was six, he convinced the Soviet meteorologists there to let him launch one of their balloons. “I was hooked,” he says. “I wanted to build airships.”

We are standing in the vast wood-beamed hangar where one such vessel, a 400-foot-long “variable buoyancy functional cargo airship” called the Aeroscraft, is being assembled. The looming aluminum and carbon-fiber skeleton, not entirely unlike a half-completed Death Star, is the prototype for what Pasternak says will be a new and better kind of flying machine: one that can carry substantial cargo to any place on Earth. The reason there are so few blimps flying today, he says, is that “no one has improved the concept. I am solving a problem more than a century old.” 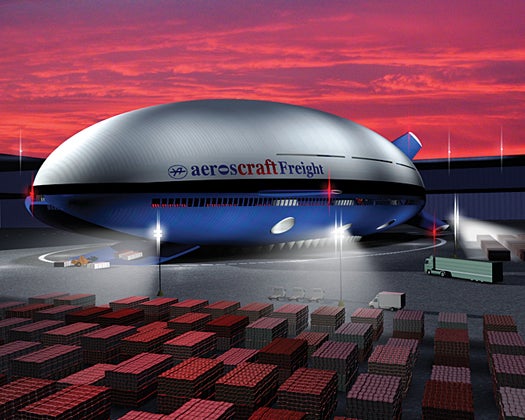 Pasternak is wearing a T-shirt that says Ballast Control Matters, which pretty much sums up that problem. “Blimps fly with buoyancy,” Pasternak says. “But when the blimp is empty, if you don’t hold it down, the ship flies into space. I realized we could compress the helium inside special chambers and give the ship more or less lift.”

Hot-air balloons are completely at the mercy of the winds, and even dirigibles (a general term for all steerable airships) still require ground crews—guys with ropes and ballast. If Pasternak’s variable-buoyancy system works, the pilot will be able to maneuver in all directions, vertically and horizontally, with no external assistance. He will be able to go anywhere and land anywhere, and take a very big cargo along with him. “Then you have progress,” Pasternak says.

Revolutionizing transportation with airships is an old idea but a persistent one, and it’s usually the military that brings it closer to reality. More than a century after George Griffith described armed conflict fought with “war balloons” in his popular novel The Angel of the Revolution, the U.S. military was considering the merits of transporting materiel with airships. In 2005 Darpa, the Pentagon’s experimental branch, initiated Project Walrus and set about finding a contractor to build a “hybrid ultra-large aircraft” that could transport 500 tons of cargo at least 12,000 nautical miles. Pasternak’s Aeros got the biggest contract of the project. (“There is only one solution,” Pasternak had explained to the Los Angeles Times, “and we have that one solution.”) But in 2010, the Pentagon chose not to renew Project Walrus, a fate not uncommon to airship schemes. 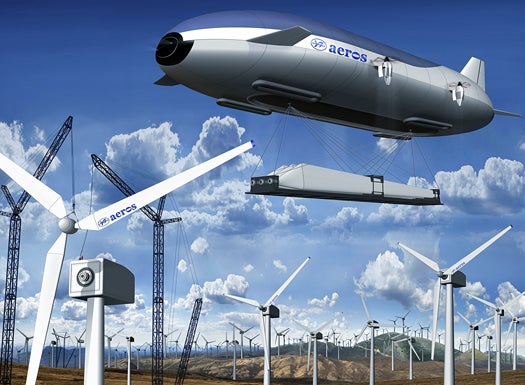 Builders around the world nonetheless continue to investigate various ways to get airships off the ground. Northrop Grumman, Lockheed and other major aviation companies, alongside such smaller entrepreneurs as Cargolifter and Aeros have all at various times participated in the race to build a commercially viable airship.

Bill Crowder, a logistics expert who is inspecting the Aeros prototype with us today, has been following Pasternak’s efforts for years. Logistics is the industry term for the business of getting the world’s freight and equipment where it needs to go. Imagining the sky filled with Titanic-size dirigibles induces “the giggle factor,” Crowder now says, craning his neck up toward the frame, but that doesn’t mean it’s not a good idea. And in fact, a ship like this could stay in the air for a week and then deliver a substantial payload—a 50-ton crane, say, that’s needed in the Arctic.

Pasternak launched Worldwide Aeros Corp. in Ukraine in 1987 and at first made just unmanned “aerostats,” small tethered blimps. He moved the company to the U.S. shortly after the collapse of the Soviet Union and, in a moment of détente, became the lead Pentagon contractor for the development of lighter-than-air vehicles. Aeros is the biggest seller on Earth both of aerostats and manned blimps—its customers include the U.S. Department of Defense and authorities in several foreign governments—but all of that, Pasternak says, is a means to an end. “I always wanted to build the Aeroscraft,” he says. “I put all the profit of my company into this new ship. Everything.” 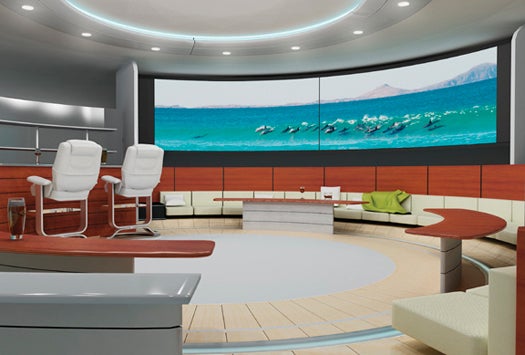 The first customers for Aeroscraft airships will be cargo companies, but the vehicles could eventually be developed into flying hotels that silently transport guests from New York to Los Angeles overnight.

For the moment, his ship is leading the race. Cargolifter went out of business, as did Advanced Technologies Group, the U.K.’s main firm attempting to revive airship innovation. Lockheed and Northrop have fixed their sights on a type of airship that still requires a runway. “None of them have the capability of the Aeroscraft,” Pasternak says.

The widely used C-17 cargo plane can carry 75 tons. The one-off Soviet AN-225 can carry a record-breaking 275 tons. But if the Aeroscraft prototype works and Pasternak completes plans to build an 800-foot model, he will advance the capacity of airborne transportation to 500 tons, delivered anywhere. “This is a lovely sight to a logistics guy,” Crowder says. “I’ve been waiting for something like this for a long time.