The high-tech joys of freeze-dried foods 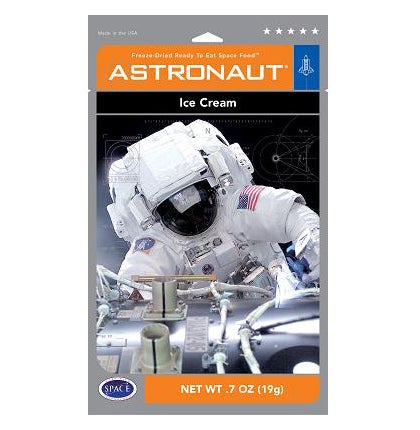 This freeze-dried treat was created in 1975 in conjunction with the National Air and Space Museum to replicate an authentic snack was had been packed in the astronauts' lunch pails. Today, the Boulder, CO, company that makes them basically freeze-dries just about anything it can think of and labels it astronaut food. Backpackers Pantry
SHARE

In 1986, the movie Space Camp was released and freeze-dried ice cream became all the rage around the country. These small packages of impossibly light and dry Neapolitan ice cream were everywhere. For many of us, this unusual, crunchy confection was our first introduction to freeze-dried food. Freeze-dried ingredients were originally popular with the military and NASA, and later gained a foothold with camping outfitters as an extremely lightweight way to carry a variety of foods into the wilderness that could be easily prepared with the simple additions of water and heat. These products are known for retaining the texture and flavor of the original ingredients. Freeze-dried foods also have the double advantage of retaining the majority of their nutrients and being resistant to spoilage due to their inherent lack of moisture.

This freeze-dried treat was created in 1975 in conjunction with the National Air and Space Museum to replicate an authentic snack was had been packed in the astronauts’ lunch pails. Today, the Boulder, CO, company that makes them basically freeze-dries just about anything it can think of and labels it astronaut food.

The technique of freeze-drying is not limited to the food-service industry. In fact, commercial freeze-drying was developed during World War II. It was used to preserve blood plasma and medications like penicillin without the need for refrigeration. Freeze-dried coffee was invented by Nescafe in 1938 in order to help deal with surpluses of coffee in Brazil. Today you can purchase a wide variety of freeze-dried food products in the marketplace, ranging from fruits and vegetables to entire freeze-dried meals from lasagna with meat sauce to Jamaican-style chicken and rice. 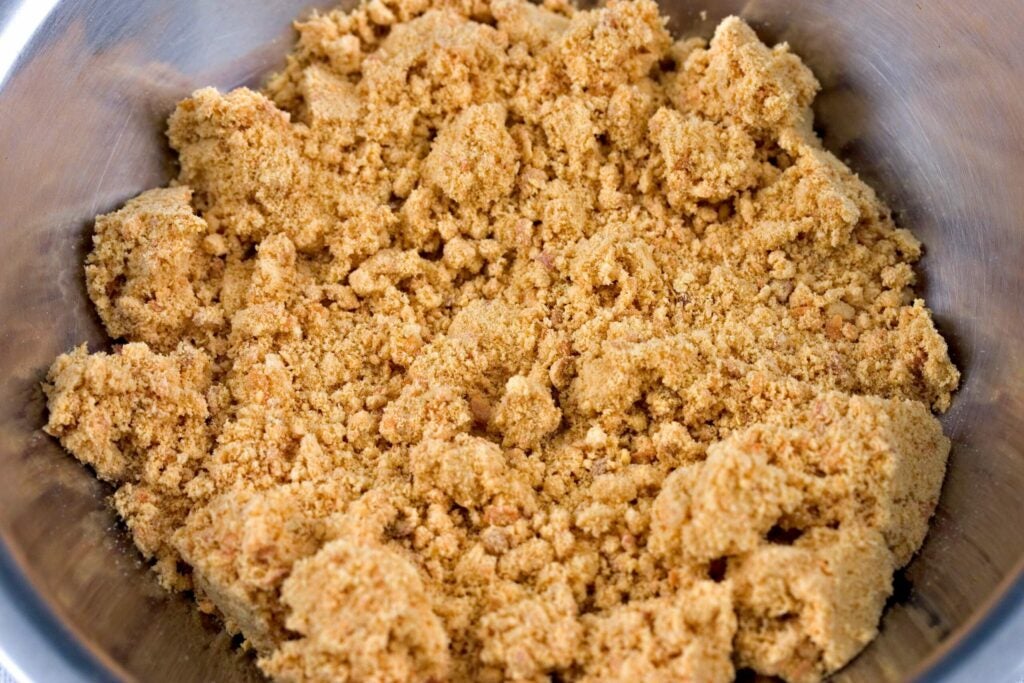 A substance’s shift directly from a solid to a gas is known as sublimation. Sublimation occurs when you take frozen food and allow the temperature to increase above 32°F while keeping the surrounding pressure below 0.06 atmospheres. The water inside will melt, and because it lacks the pressure needed to form a liquid, it will phase directly into a gas. Natural freeze-drying has been known to occur at high altitudes. For example, in Peru, the Incas would store their food crops in the mountains during the winter. The food would freeze and the over the course of time, the low air pressure would allow the water to evaporate out of the food.

A freeze-drying machine will first freeze the material to be dried. This process allows the formation of ice crystals, which separates water from its surroundings on a molecular level. Although larger ice crystals are more easily removed, they can damage the cell structure of the food, so rapid cooling and the formation of small ice crystals is preferred. Then a vacuum is created, to force the air out of the chamber and reduce the atmospheric pressure to 0.06 atmospheres, causing sublimation to occur. Heat may be carefully applied during this stage in order to accelerate sublimation without damaging the ingredients. The water vapor is drawn off to condensation plates where it condenses as ice. When the food is completely dry, its interior is filled with tiny holes where the ice crystals used to be. The food is then sealed in airtight packaging until it is ready to be used.

Freeze-dried foods have the advantage of intense flavor. They can be rehydrated with water and used in their original form. They can be powdered and added to recipes to punch up flavor levels. They can also be added to recipes in their dried form to introduce a new texture to a preparation: their texture is similar to that of foods which have been frozen quickly and then gently re-thawed. Freeze-dried foods can also be reconstituted with flavored liquids. For example, freeze-dried shrimp can be rehydrated with teas or dashi broth. The reconstituted shrimp will be infused with the flavor of the liquid. Freeze-dried foods are not inexpensive, but when you consider the fact that they are sold by weight and you consider the price by the pound of the original fruits and vegetables, the price becomes much more reasonable. 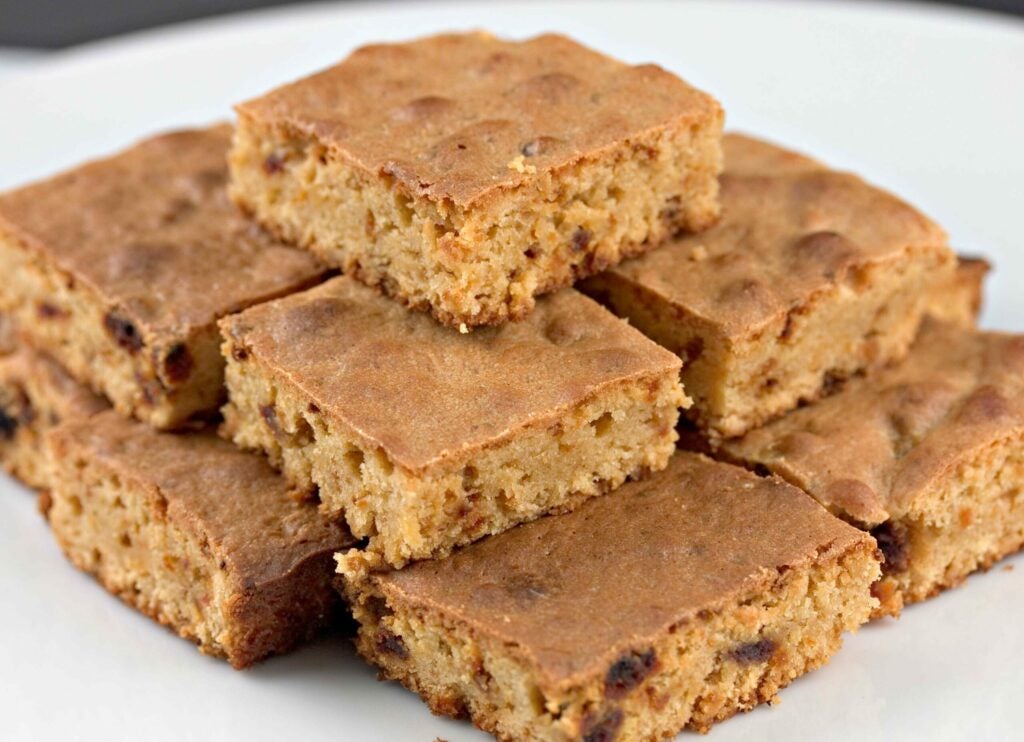 On the sweet side, freeze-dried fruits can add intense flavor to desserts. They can be used whole in Rice Krispie treats, cookies, and scones, or they can be powdered and added to recipes for cakes, pastries, and breads. We’ve included a recipe for white chocolate apricot bars. Depending upon your taste and your wallet, you may substitute freeze-dried cherries or strawberries for the apricots. These bars are a playful spin on the traditional brownie. The white chocolate adds a creamy richness to the bars, while the fruit gives them a unique, chewy texture and potent fruit flavor.

Preheat the oven to 325°F. Spray an 8-inch square baking pan with pan spray or lightly grease the inside with softened butter.

Melt the white chocolate either over a simmering water bath or in the microwave for 1-2 minutes. While the chocolate is melting, combine the sugar, salt, and apricot powder. Stir the fruit and sugar mixture into the melted chocolate, blending to avoid any lumps.

Add the cold eggs, stirring quickly until the eggs and chocolate are thoroughly combined. Sift the flour over the chocolate mixture and stir gently. Once the flour is incorporated, beat by hand for forty strokes until the mixture is smooth and shiny.

Pour the batter into the prepared pan and bake for 40-45 minutes until the cake is set and the center is just firm to the touch. Let cool on a rack for 30 minutes before cutting.