A weather balloon built and powered by amateur radio balloon enthusiasts made an epic three-day journey from California to the... 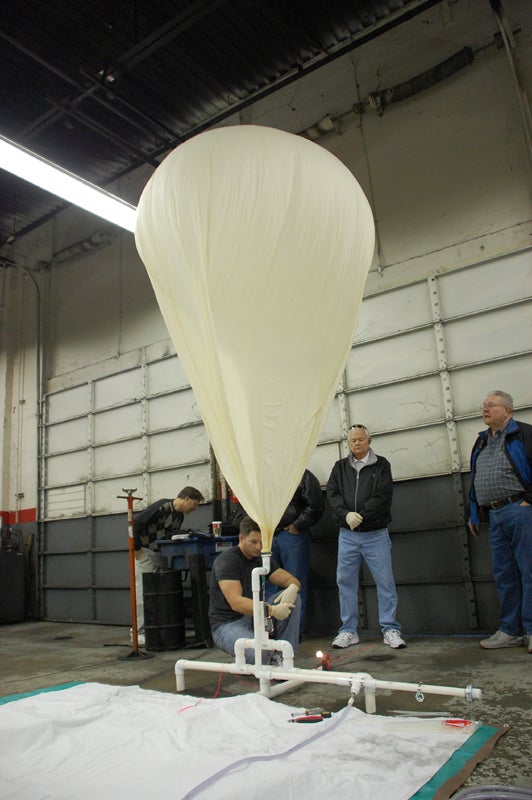 A weather balloon built and powered by amateur radio balloon enthusiasts made an epic three-day journey from California to the Mediterranean, splashing down after it apparently burst somewhere off the Algerian coast. The transcontinental transatlantic flight covered a record-shattering 6,236 miles.

The California Near Space Project launched four balloons Sunday, Dec. 11, from a site near Silicon Valley, two of which were high-altitude explorers and two of which were “floaters,” long-distance travelers designed to reach a certain altitude and then float with the prevailing winds.

One of the two floaters apparently crashed in southern Indiana, but the second balloon, call sign K6RPT-11, made its way across half the planet. It was last tracked traveling above the Mediterranean, moving 35 MPH at 14,558 feet.

The balloon was a 1,600 gram Hwoyee model carrying a small radio that enabled tracking via the Automatic Position Reporting System. Radio operators in Nova Scotia apparently lost track of the balloon sometime Tuesday, but it reappeared 11 hours later, moving east toward the Azores, according to the Register.

Ron Meadows, 55, and his son, Lee Meadows, 32, both swimming pool service repairmen, have launched several weather balloons in an attempt to break records, as the San Jose Mercury News reports. In October, their latex balloon set a new altitude record by soaring 136,545 feet and beating the previous record-holder, a Cornell University project, by 1,500 feet. The long-distance balloon nearly doubles the range of the previous record-holder, a transatlantic floater that flew 3,361 miles. 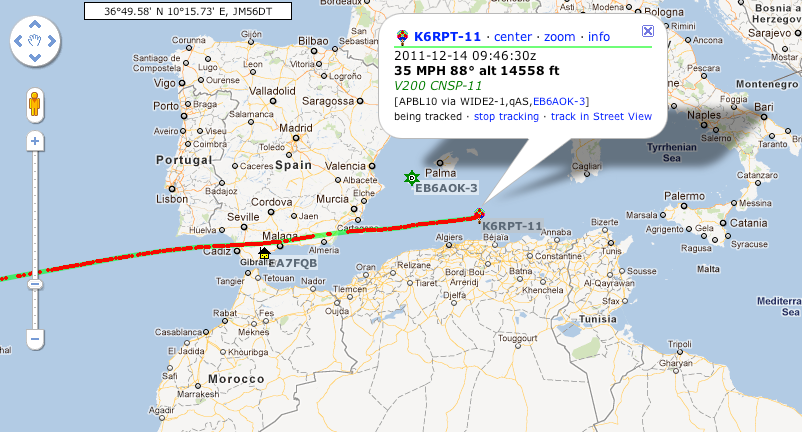