A Surf Park High In the Pyrenees

The latest in artificial wave technology

High in a misty valley in the Basque Pyrenees, miles from the ocean and surrounded by verdant sheep pastures, lies a prime surf spot. Its swells break with no wind or reef, and you can turn them on and off whenever you want. While a surf spot might form over hundreds of thousands of years, a team of Spanish engineers took the Wavegarden from concept to reality in just ten.

Considering that the world contains over 200,000 miles of coastline, good surfing waves — i.e., waves that break cleanly and predictably while offering the rider ample room and time to maneuver — are exceedingly rare. Even the best spots often only produce great waves under very specific convergences of wind, weather, and tides that may only take place a handful of times each year.

Waves break when they move from deeper water into shallower water. Even if a swell is perfect, an uneven or angled sea floor can cause it to break unevenly. If a wave hits a straight, shallow sandbar perpendicularly, it will break along its entire length at the same time, or “close out” in surfing parlance, making it useless to someone hoping to ride along its face. The best surfing waves break along the edges of reefs and sandbars. As a swell traverses an edge it can peel from one end to the other without closing out. The straighter and more uniform the edge, the better the wave breaks.

“Creating one good surfing wave in an artificial pool is not a problem for wave engineers,” says coastal engineer, Erik Van Ettinger. The hard part, he says, is the “trajectory control” — which means generating one good wave without producing a lot of secondary waves. Remember your pebble and your bucket: when the stone hits the water it creates more than one ripple. In the ocean, each ripple is actually a rideable wave. In the confines of a pool, secondary waves are not strong enough to be ridden and only distort the first. The small space creates another problem: wave reflection. “You need to find a way to dampen the energy of each wave so that it doesn’t reflect off the walls and cause a big mess,” says Van Ettinger. In his home country of the Netherlands, Van Ettinger created a functioning artificial surfing reef at Scheveningen Beach in 2010. He is currently designing his own wave pool.

Click to launch a tour of a surf park high in the Pyrenees.

The first wave pool to produce surfable waves opened near Tokyo in 1966. It used a system of large pistons to push water into waves. Three years later Clairol, the hair color company, built another pool in Tempe, Arizona. This $2 million design dropped millions of gallons of water down a giant chute, producing chest-high waves through water displacement, much like a giant waterfall. According to the Encyclopedia of Surfing, roughly 500 wave pools have been built since then. Most have employed one of three energy sources: the pistons or chutes mentioned above, or large hydraulic pumps.

“Historically, wave pools haven’t failed because they weren’t able to produce good waves; they have failed because the water propulsion systems, like pistons or hydraulic pumps, have created enormous running costs that made the projects unsustainable from an economic standpoint.” says Wavegarden’s head engineer, José Manuel Odriozola. “Because of their cost, we wanted to get away from pistons and pumps. We spent a lot of time studying how waves were created in nature and trying to copy that. So instead of pushing water into a wave using more water, as they do with hydraulic pumps, we decided to use mechanical energy to push it.”

This takes the form of a special hydrodynamic mold, similar in shape to an airplane wing, that sits in the pool just below the water line and moves through it to create a wave that is continuously generated in front of it. In order to stop waves reflecting and disturbing the surface of the water, Odriozola says that they completely avoided the use of vertical walls, which are present in most pools. “Wave energy bounces off of vertical walls almost perfectly so we angled the sides of the pool and are still experimenting with the best angles and materials to optimize our ability to dampen energy reflection.”

“On a scale of one through ten, the shape of the wave itself is a ten, the way it peels off is amazing!” says Jordy Smith the number-two ranked surfer in the world. “The only downfall is the size and power of the wave.”

Odriozola asserts that making the wave bigger and more powerful is a matter of simply making the pool larger, but money is a limiting factor.

“The idea is to create a surfing wave pool that is actually cost-effective. If we had enough space and enough money, we could create a wave like G-Land (a spot known for perfect, eight-foot waves) but running that would cost more than three hundred euros an hour for the electricity alone. We aren’t trying to create a substitute for the ocean,” Odriozola continues. “If we can use a Wavegarden to bring pro surfing into the Olympics, that will be great, but the average surfer can enjoy a wave that is only shoulder-high. If we can produce that in a way that consumes less energy than an indoor pool, we will be able to bring surfing inland, to a whole new population.” 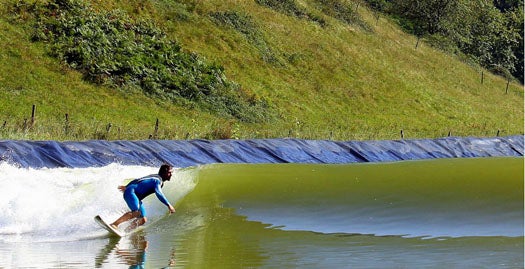 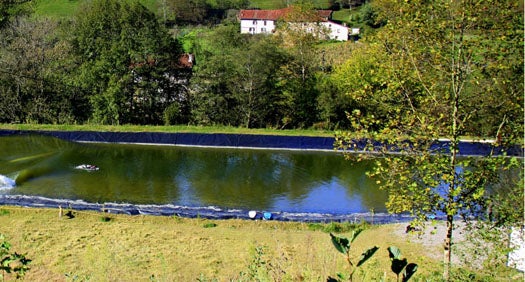 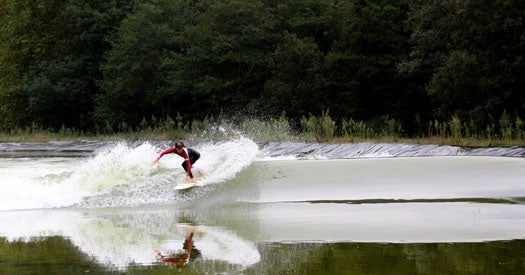 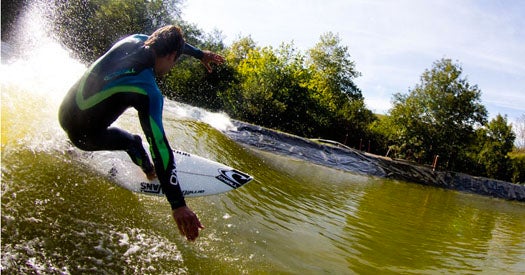 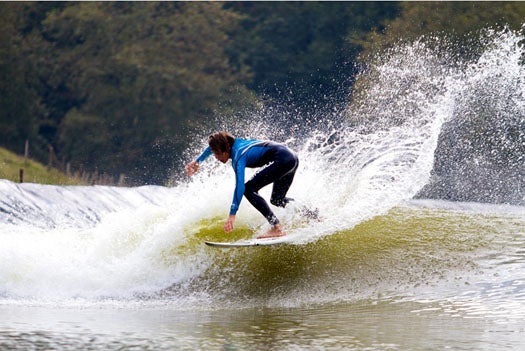 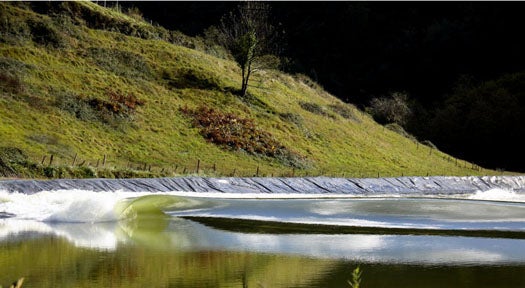 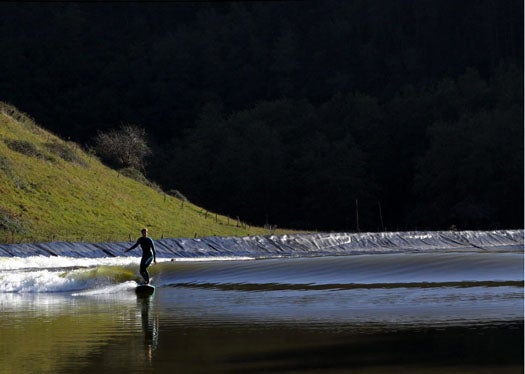