Sometimes the whole is more than the sum of its parts, and the U.S. Army is about to find out... 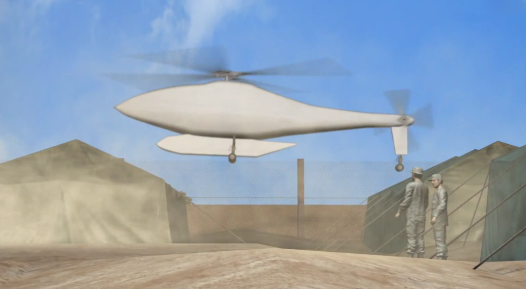 Sometimes the whole is more than the sum of its parts, and the U.S. Army is about to find out if they can create some amazing ISR synthesis by combining two pieces of bleeding-edge technology from its own stores: Boeing’s A160 Hummingbird unmanned helo and ARGUS–the Autonomous Real-time Ground Ubiquitous Surveillance Imaging System. Together, the duo will reportedly be able to collect 80 years’ worth of HD video each and every day.

That doesn’t do much to help out with the military’s current ISR (that’s intelligence, surveillance, and reconnaissance) data overload, but it’s certainly impressive. In places like Afghanistan, where military intelligence needs to surveil huge swaths of territory when scouring for a particular vehicle or looking for the telltale signs of insurgency, the military needs to be able to juggle multiple potential leads at the same time without losing any of them.

Enter ARGUS, developed for U.S. Army Special Forces by none other than DARPA. ARGUS is a 1.8-gigapixel imaging array constructed from 92 individual 5-megapixel sensors. In a given moment, ARGUS can monitor up to 36 square miles, and because different imagers can be pointed in different directions and focused on different objectives, the system can offer at least 65 separate video windows at once, each independently scaleable.

That means ARGUS can follow multiple threats simultaneously, even if they’re moving in different directions, but only if it has a good enough vantage point. And that’s exactly where the Hummingbird comes into the picture. WIth a ceiling of 15,000 feet and a loiter time of 20 hours, the remotely-piloted Hummingbird can keep ARGUS aloft and recording for almost an entire day uninterrupted. Meaning ARGUS can capture six petabytes of video at a time.

Three of the Hummingbird/ARGUS drones are headed to Afghanistan to begin testing this year, and if all goes to plan there may soon be fewer and fewer places for insurgents to hide. More at Danger Room.