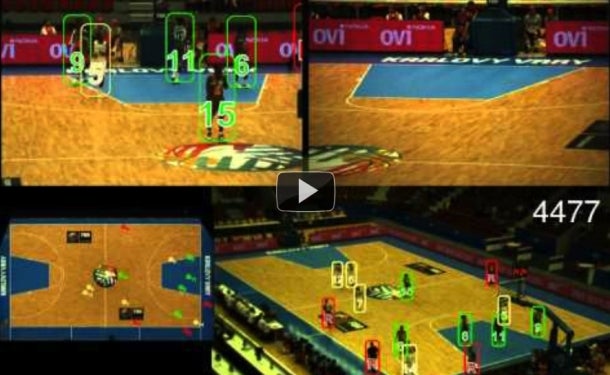 If you’ve been convinced for years that John Madden has been replaced by an iPod filled with generic football commentary, you might be excited to learn that Switzerland’s Ecole Polytechnique Federale de Lausanne has been working on an even more advanced version. This one is equipped with artificial intelligence so it can actually see what’s happening on the field and provide commentary.

The school, which we will henceforth refer to as EPFL, came up with a complex algorithm that uses several different video feeds, constantly monitored, to follow a soccer, basketball, or football game in the same way a human commentator might. It divides the field into a grid, and tracks individual players based on uniform color, number, and other cues, predicting the likelihood of each player’s entrance into each section of the grid.

The next step is to feed all that data into a program that can synthesize the data and create commentary from it. At the moment, the system is intended to be used by coaches to analyze teamwork from a wider view, but we’d personally love to see a robotic commentator. Maybe it can become friends with the robotic journalists of the future?