China Daily: There Should Be a Beijing-Washington Hotline to Avoid Cyber-Misunderstandings

Generally we would shy away from “New Cold War” rhetoric, but sometimes it’s hard not to draw comparisons. The ongoing... 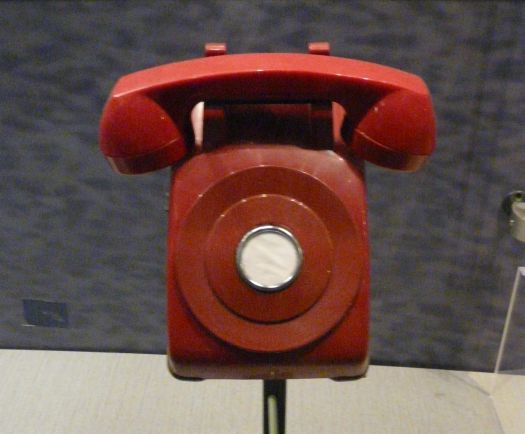 Generally we would shy away from “New Cold War” rhetoric, but sometimes it’s hard not to draw comparisons. The ongoing cyber defense arms race and the establishment of an official cyber warfare strategy by the U.S.–and we all know specifically who that is aimed at–more or less smack of the old days when the U.S. and U.S.S.R. were trapped in that tenuous relationship held fast by the threat of mutually assured destruction. And now there’s this: China Daily, in an editorial dated last week, is calling for a Sino-American cyber “red phone.” All that’s missing is cyber duck-and-cover drills.

Perhaps that’s pouring it on a little thick, but a Beijing-Washington hotline–designed to establish immediate and direct communication between leaders on both sides in the event of a cyber emergency–is more or less a modern re-imagining of the Moscow-Washington “red phone” that ensured that in the event of a nuclear escalation there would be limited confusion and that leaders could quickly de-escalate the situation. That hotline was put in place to prevent a critical misunderstanding–the kind that could have led to global disaster–and it’s really not such a bad idea.

While a cyber attack might seem far less threatening than a nuclear missile launch, the specter of serious global chaos is there. The U.S. has already clearly defined cyber attacks by a foreign actor upon American interests as acts of war, meeting the criteria for a military response. Moreover, unlike the nuclear missile arena, virtually anyone can get into the cyber game. That makes the potential for a misunderstanding–and perhaps a misplaced military response–far greater in the cyber age.

Officially, the Chinese state has been less than enthusiastic about setting up such a cyber hotline. But even as the editors at China Daily take a few shots at the U.S. for continually painting itself the cyber victim, they are talking some kind of sense: “With regard to cyber attacks which might trigger unintended cyber conflicts or even larger conflicts among states, China and the US should strive to build greater mutual trust by communicating more closely, especially in cases of an emergency, so as to avoid being precipitated to the point of a cyber conflict or even devastating military clashes.”

Hear, hear. All nations have the right to engage in cyber defense to secure their critical networks. But while I am sure that justifications for war exist, I’m fairly certain some Shanghai teenager’s best impression of Stuxnet isn’t among them.

[China Daily via The Diplomat]