We do a lot of Hubble gawking here. Arguably NASA’s most enduring mission, the telescope has provided humans with the... 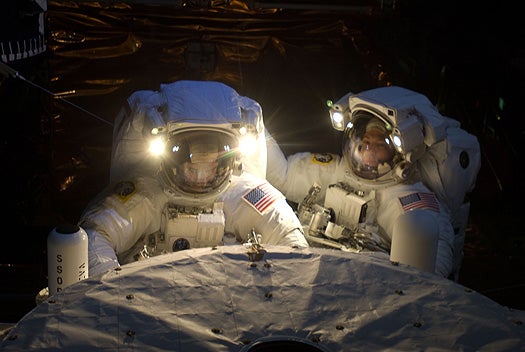 We do a lot of Hubble gawking here. Arguably NASA’s most enduring mission, the telescope has provided humans with the deepest possible look into the corners of the universe and papered many a desktop background. It’s beamed back so much beauty that it’s easy to take it for granted.

But Hubble 3D reminds us how miraculous a thing the Hubble telescope truly is. It is the apotheosis, the pinnacle of Hubblegasms. It’s IMAX 3D in space.

We’ve already talked to the filmmakers and seen an advance cut, so by now you know the story: space shuttle Atlantis astronauts hauled up a giant 3D IMAX camera to document their daring and dangerous Hubble repair mission in the spring of 2009. They had only 8 minutes of film (every pound hauled into space is precious), but none was wasted. Just like every astronaut has trouble articulating the consciousness-rattling power of seeing Earth from space, difficult too is describing the footage these astronauts captured. It’s beautiful and thrilling, and worth the price of admission alone.

In addition, the Hubble 3D team has taken archival footage and some traditional 2D shots and digitally converted them to three dimensions. This footage looks incredible, with a camera mounted on the shell of a solid rocket booster during launch providing an unbelievably guttural thrill. Before the film even gets to space, the shuttle launch sequence had me giggling with pleasure. (Actually, my first awed giggle was seeing the NASA logo, in animated 3D, right in front of my face during the opening credits. But that’s just because I’m a nerd).

And as the coup de grace, Hubble’s mountain of data is used to create spectacular 3D simulated fly-throughs of the universe. Similar to the 3D renderings of the Ultra Deep Field image we’ve seen previously, the two sequences take us first through the Orion Nebula and then from our Milky Way to the edge of space. 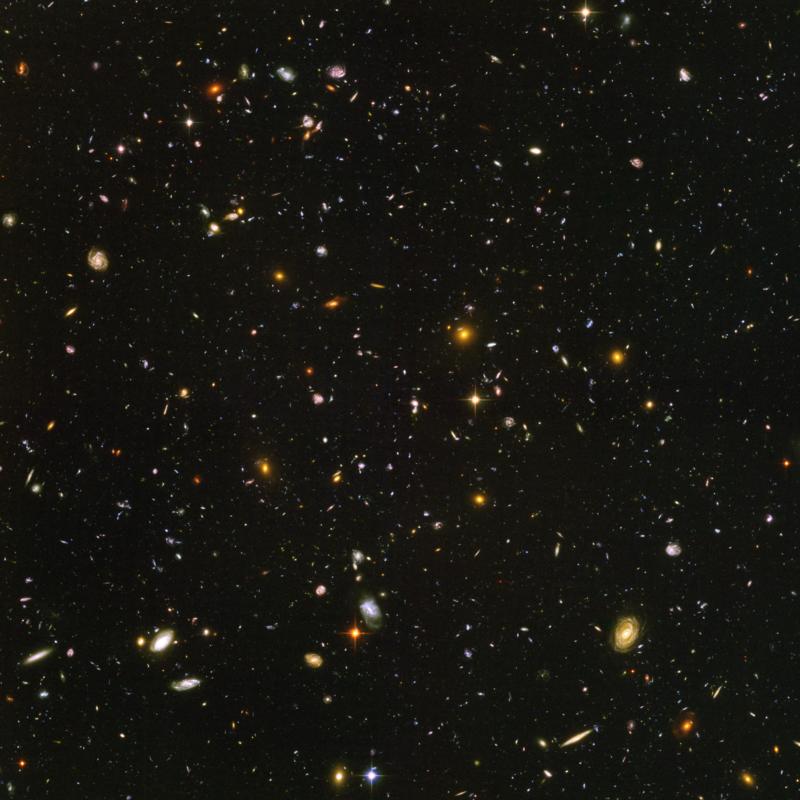 It’s sequences like these that articulate just how difficult it is for our minds to even begin to comprehend the scale of the universe. It sounds like a cliche, but it’s true: when faced with something like this film’s final edge-of-space tour, the mind in some ways simply shuts down–trying to grasp the sheer inconsequentiality of our little grain of sand on the world’s largest beach is such a shock that the brain simply can’t continue; it can only sit slack-jawed.

It’s good for humans to be presented with the sheer scale of these thoughts. We’d all be saner if we could see, as we do in the film’s final sequence, our vast galaxy reduced to a speck in the background from billions of light years away, and that we are but even smaller specks inside.

This is Hubble’s lasting contribution. And to this contribution, Hubble 3D pays a fittingly supersized tribute. Go see it.