FYI: How Would NASA Rescue An Astronaut Who Floated Away From The International Space Station?

It’s never happened, and NASA feels confident that it never will. For one thing, astronauts generally don’t float free. Outside... 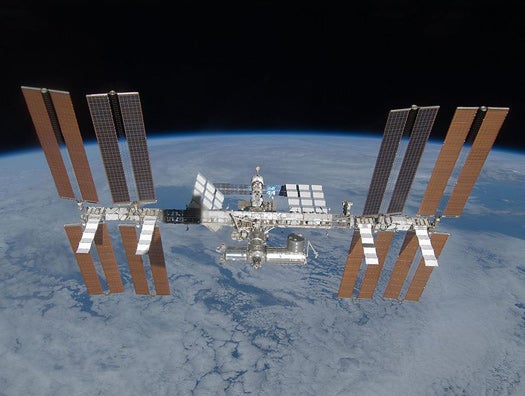 It’s never happened, and NASA feels confident that it never will. For one thing, astronauts generally don’t float free. Outside the ISS, they’re always attached to the spacecraft with a braided steel tether, which has a tensile strength of 1,100 pounds. If it’s a two-person spacewalk, oftentimes the astronauts are also hooked to each other.

Should the tethers somehow fail, however, astronauts have an awesome backup plan: jetpacks! Each one wears what’s called a Safer, for “Simplified Aid for Extra-vehicular activity Rescue,” a backpack with built-in nitrogen-jet small joystick to propel himself back to the station.

Of course, Safer is useful only if the astronaut is conscious. What if an astronaut gets bonked on the head, becomes untethered, and can’t operate the jetpack? “A rescue effort could and would be undertaken by the second spacewalker and/or other members of the spacestation crew,” says Michael Curie, a spokesman for NASA’s space operations. He wouldn’t speculate on the exact steps a rescue team would take, because they would depend on the circumstances. But he adds, “we are really happy with the tether-and-Safer approach.”

Jim Oberg, a space journalist who worked at the space shuttle’s mission-control center for 22 years and specialized in rendezvous procedures, weighs in on the options for rescue. The station’s robotic arm, he explains, is usually not within range of where the astronauts work and moves too slowly to grab someone. The Soyuz vehicles need a full day to power up and undock. By then, the carbon dioxide filters in the astronaut’s spacesuit would run out, asphyxiating him. And the ISS cannot redirect its positioning rocket quickly enough to catch up to a runaway astronaut.

In a worst-case situation, the only rescue option, according to Oberg, would be for a second astronaut to link together several tethers end-to-end, attach them to the station, and then use his Safer pack to jet over to his crewmate and haul him in. Certain conditions could make a rescue easier, he says. If an astronaut floated away more or less at a right angle from the station’s orbit, orbital dynamics (which require too much math to explain here) dictate that he would float back toward the station in about an hour.

Ask Us Anything
NASA
Space