China has been dabbling in space station technology for years now, but until this week the nation’s aims were less... 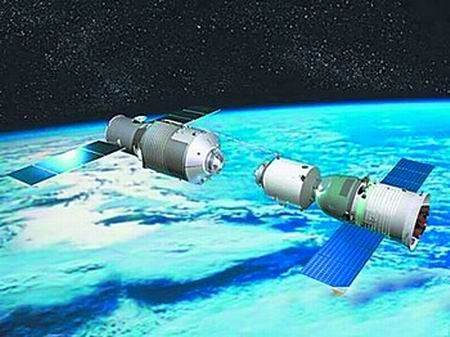 China has been dabbling in space station technology for years now, but until this week the nation’s aims were less than concrete, mostly consisting of plans to launch testbed technologies into orbit at some nebulous future date. Yesterday, China cleared up any doubt about its space station ambitions, unveiling an ambitious plan to build its own orbiting space station within the next ten years.

Currently known as Tiangong, or “heavenly palace,” (Chinese officials are asking the public for suggestions for a permanent name) the 66-ton space station will support a crew of three and host two laboratories for astronomy, microgravity, and biological experiments. And, depending on the politics and economics surrounding the ISS, it could be the only space station in orbit in the decade following 2020 (the ISS is scheduled to be decommissioned then, though its life could be extended to 2028).

Tiangong will be modular like the ISS, composed of one central module and two science lab modules. The central module will be about 60 feet long, the labs about 50 feet long each, and the whole thing about 14 feet maximum diameter throughout. In other words, it won’t be nearly the size of the ISS, or even Russia’s Mir.

But the very idea signals a shift in the balance of power in Earth orbit as NASA reduces its own role in orbital spaceflight activities to focus on deep space missions. China only put a human into orbit for the first time less than a decade ago and conducted its first spacewalk three years ago. Now, flush with cash, it is planning to develop homegrown orbital space technologies at an extremely rapid pace.

How fast? The Tiangong-1 module is going up later this year to begin testing docking technologies with an unpiloted spacecraft. Two manned spacecraft will follow that. Tiangong-2 will follow, demonstrating the ability to support a crew of three for 20 days. Tiangong-3–slated for 2015–will support a crew for 40 days. By the time China gets around to building the real station toward the end of this decade, those three test modules will have provided the data and technology that should enable the construction of the final product.

Chinese officials said they welcome international exchanges and that they plan to use rendezvous and docking hardware that is compatible with the ISS, meaning foreign vessels will be able to dock with the heavenly palace. In other words, China plans to adhere to the precedent of openness in space.

But the technologies the Chinese develop and the capabilities they offer would put China in a powerfully autonomous position in space, which could lead to political tensions on the ground. One NASA adviser called the project “a potent political symbol.”