With the news that the White House has canceled the Constellation Program, NASA seems to be moving out of the...

With the news that the White House has canceled the Constellation Program, NASA seems to be moving out of the human space flight business. However, the unveiling of a next-generation robot astronaut shows the android space program to be alive and well.

Designed through a partnership with General Motors, the Robonaut2 is the cutting edge of android technology. Equipped with a wide array of sensors and dexterous five fingered hands, NASA plans for the Robotnaut2 to work along side humans in space operations, or by itself in missions too dangerous for people.

The Robonaut2 began life as, surprise surprise, a DARPA project almost ten years ago. The original Robonaut debuted in 2004, and sported a very Bobba Fett-like head. For the new model, NASA appears to have turned to the Power Rangers for design inspiration, with future models presumably looking more and more like Ian Holm or Lance Hendrickson.

No word yet on when NASA plans on deploying the Robonaut on an actual mission, or if its first job will be programing binary load lifters and moisture vaporators.

To see the Robonaut2 in action, check out this video: 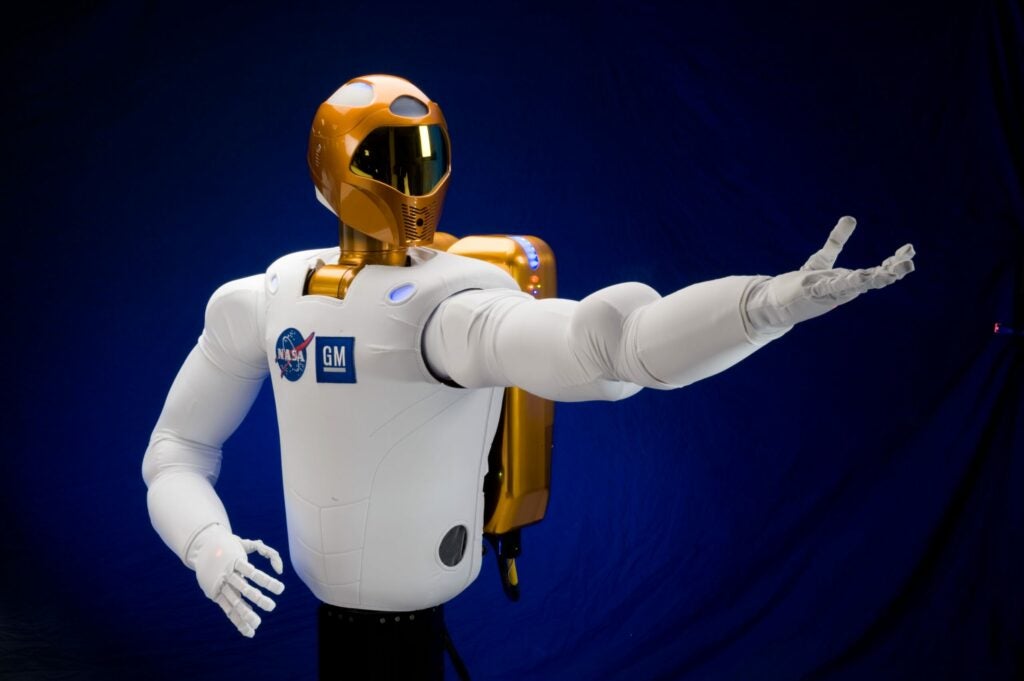 R2 was developed through a Space Act Agreement by NASA and General Motors. It is faster, more dexterous and more technologically advanced than its predecessors and able to use its hands to do work beyond the scope of previously introduced humanoid robots. 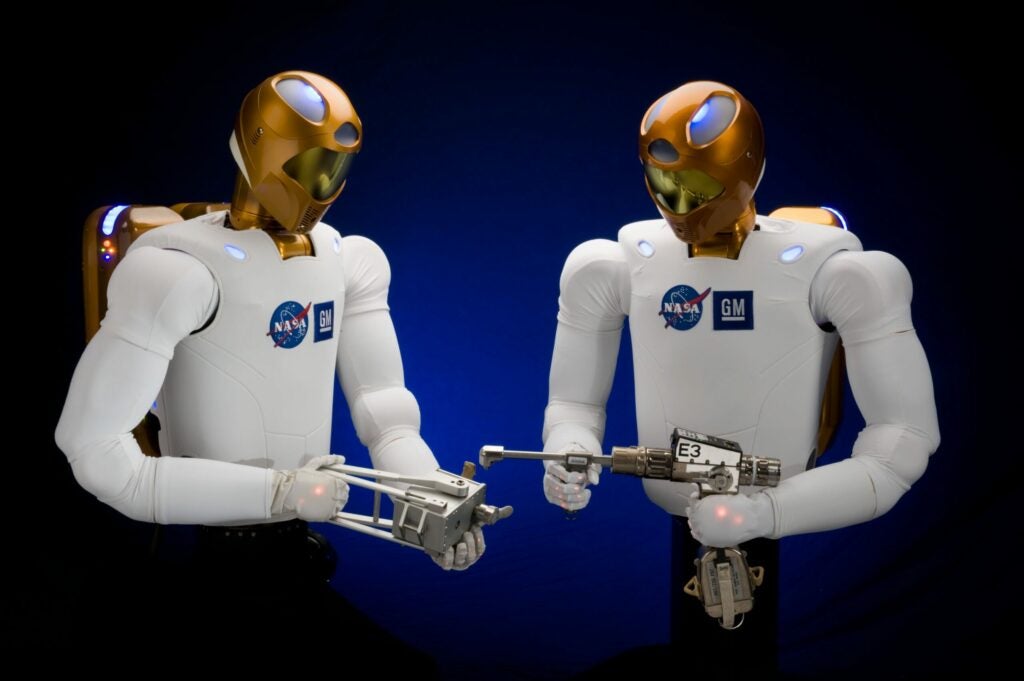 Robonaut2 can use the same tools as humans, which allows it to work safely alongside humans on Earth and in space. 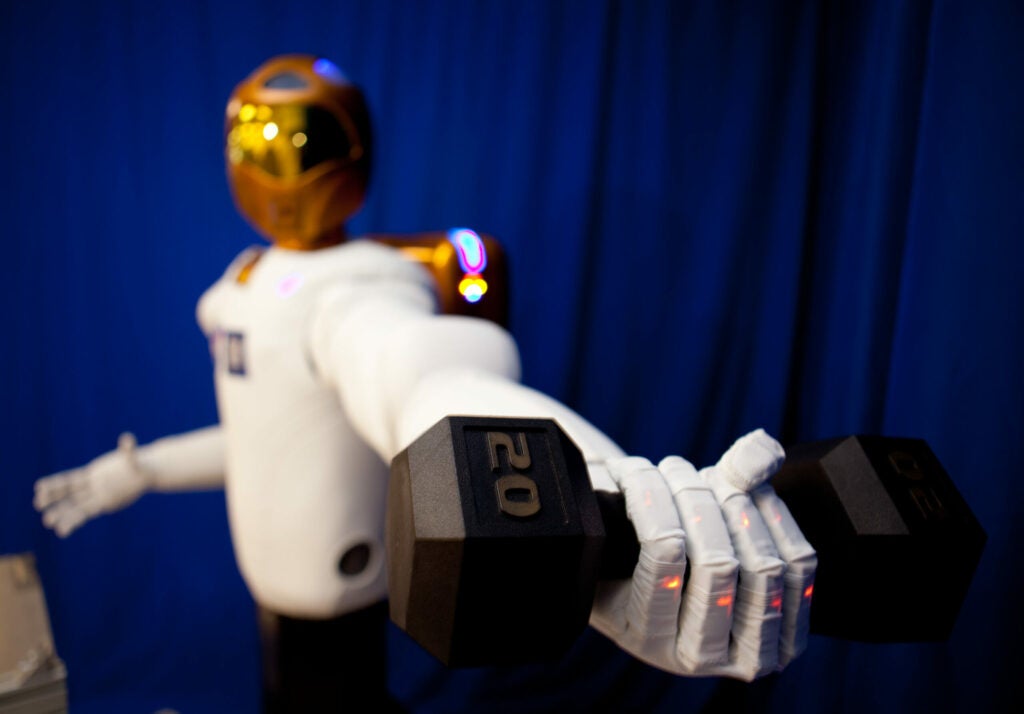 R2 is able to lift, not just hold, this 20-pound weight (about four times heavier than what other dexterous robots can handle) both near and away from its body. 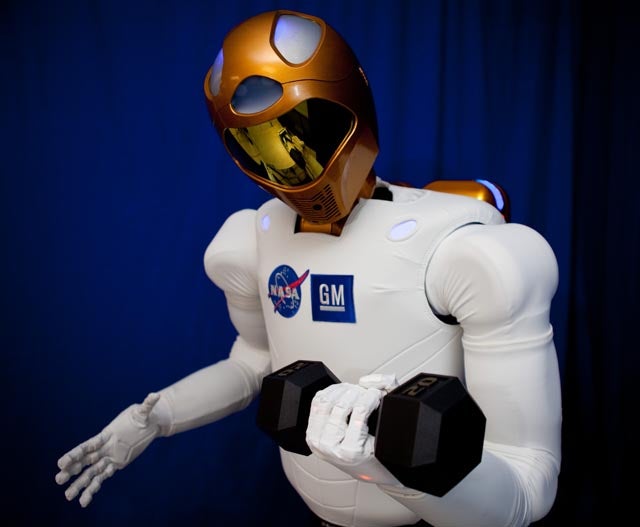 R2 working on its curls, demonstrating its lifting power. 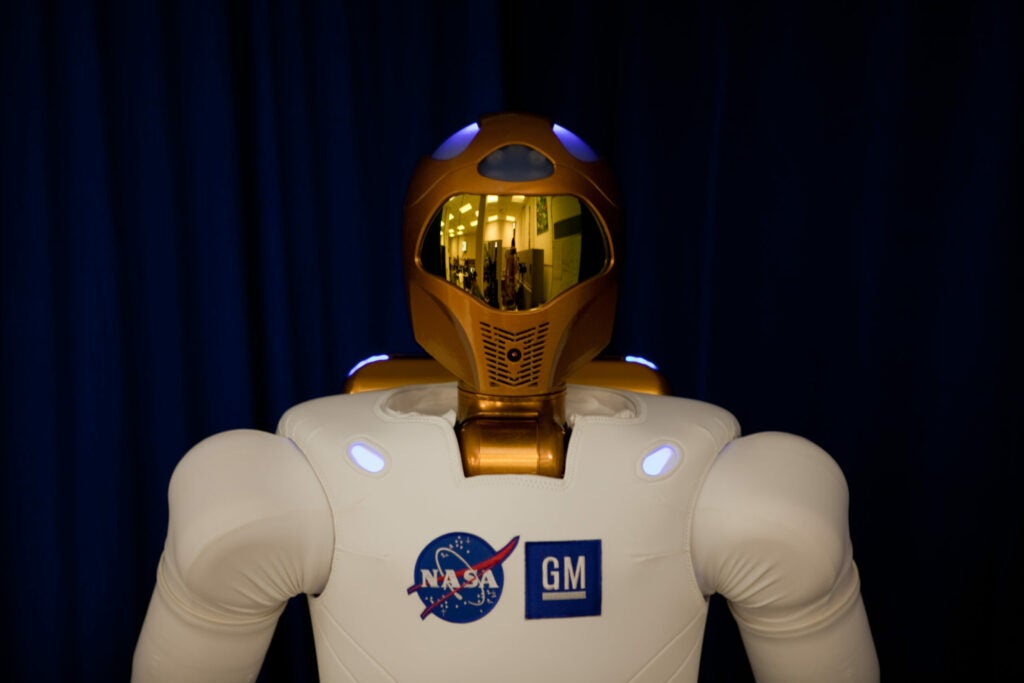 R2’s human-like shape was a product of the fact that it was built to work with people, assisting with dangerous work both on Earth and in space. 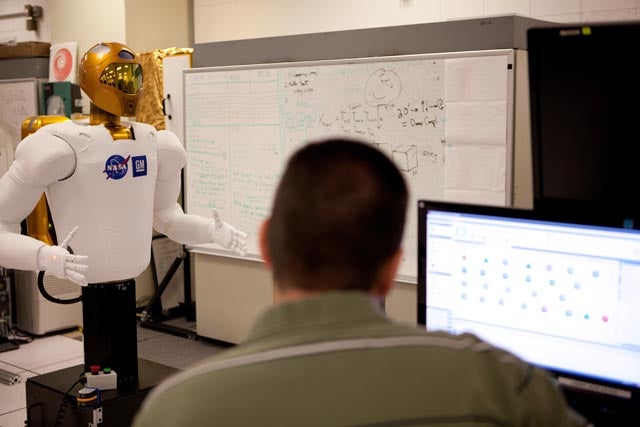 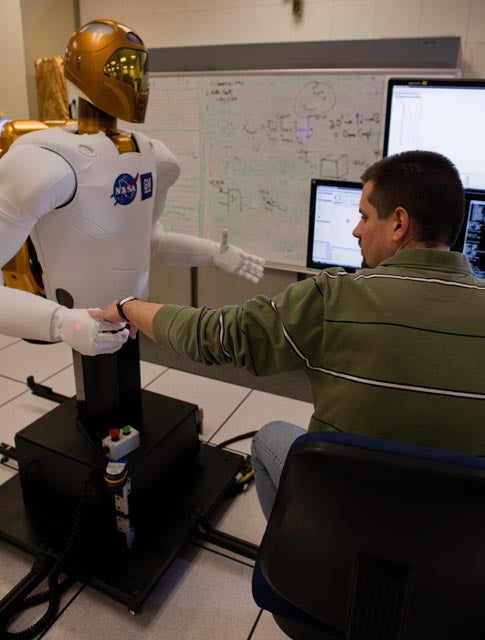 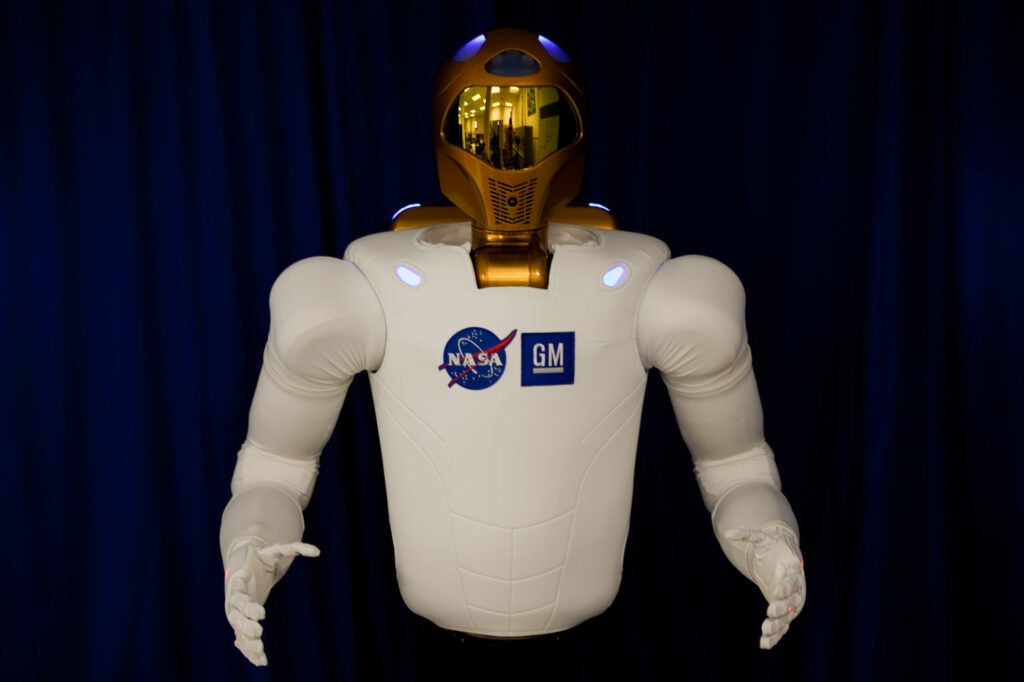