In 1951, Henrietta Lacks, a poor woman with a middle-school education, made one of the greatest medical contributions ever. Her... 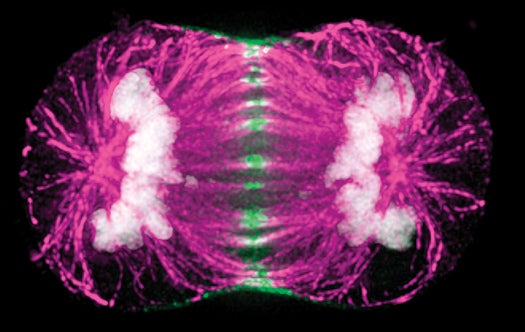 In 1951, Henrietta Lacks, a poor woman with a middle-school education, made one of the greatest medical contributions ever. Her cells, taken from a cervical-cancer biopsy, became the first immortal human cell line—the cells reproduce infinitely in a lab. Although other immortal lines have since been established, Lacks’s “HeLa” cells are the standard in labs around the world. Together they outweigh 100 Empire State Buildings and could circle the equator three times. This month, PopSci contributor Rebecca Skloot’s book, The Immortal Life of Henrietta Lacks, tells the story behind the woman who revolutionized modern medicine. Here, five reasons we should all thank Henrietta Lacks.

1. Before HeLa cells, scientists spent more time trying to keep cells alive than performing actual research on the cells. An endless supply of HeLa cells freed up time for discovery.

2. In 1952, the worst year of the polio epidemic, HeLa cells were used to test the vaccine that protected millions.

3. Some cells in Lacks’s tissue sample behaved differently than others. Scientists learned to isolate one specific cell, multiply it, and start a cell line. Isolating one cell and keeping it alive is the basic technique for cloning and in-vitro fertilization.

4. A scientist accidentally poured a chemical on a HeLa cell that spread out its tangled chromosomes. Later on, scientists used this technique to determine that humans have 46 chromosomes—23 pairs—not 48, which provided the basis for making several types of genetic diagnoses.

5. It was discovered that Lacks’s cancerous cells used an enzyme called telomerase to repair their DNA, allowing them, and other types of cancer cells, to function when normal cells would have died. Anti-cancer drugs that work against this enzyme are currently in early clinical trials.