Neptune and Uranus May Have Oceans of Liquid Diamond

Future humans won’t have to wait to travel to Pandora for the chance to mine unobtanium, because Neptune and Uranus... 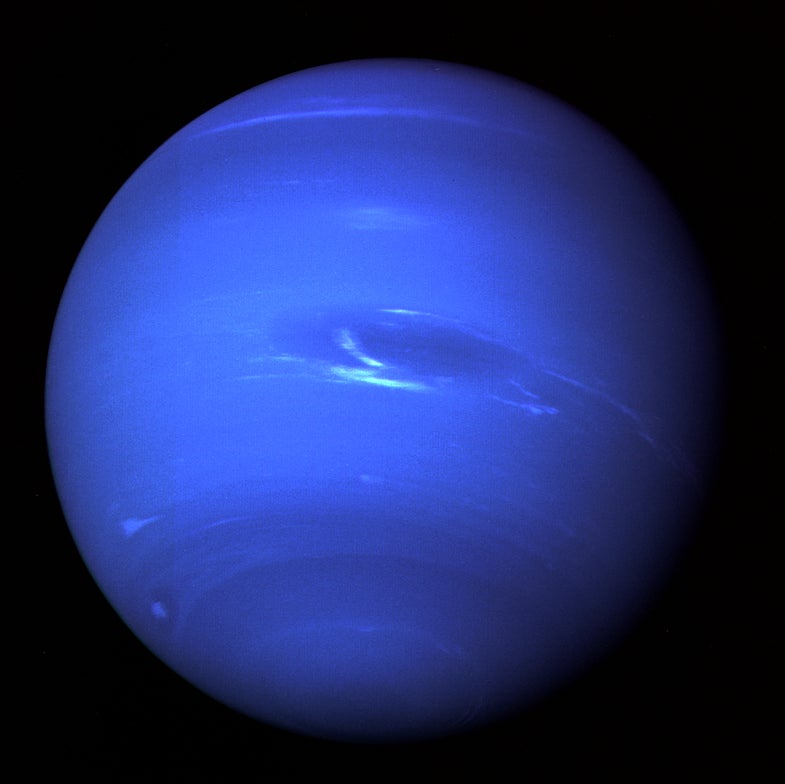 Future humans won’t have to wait to travel to Pandora for the chance to mine unobtanium, because Neptune and Uranus may have diamond icebergs floating atop liquid diamond seas closer to home. The surprise finding comes from the first detailed measurements of the melting point of diamond, Discovery News reports.

Scientists zapped diamond with a laser at pressures 40 million times greater than the Earth’s atmosphere at sea level, and then slowly reduced both temperature and pressure. They eventually found that diamond behaves like water during freezing and melting, and that chunks of diamond will float in the liquid diamond.

Diamond oceans could explain why the magnetic fields of Uranus and Neptune appear tilted so far off their north-south axes, given that they could deflect or tilt the magnetic fields. Both planets may consist of up to 10 percent carbon, the elemental building block of diamond.

Scientists won’t know for sure until they can launch missions to the planets, or try to simulate planetary conditions on Earth. But we’d wager it’s worth a shot for NASA, if there’s any chance that U.S. space missions could begin to pay for themselves in the distant future.