Physics Student Petitions For “Hella” to Be Next SI Unit Prefix

Beloved by Bay Area natives and loathed by the rest of the country, the term “hella” has entered the general... 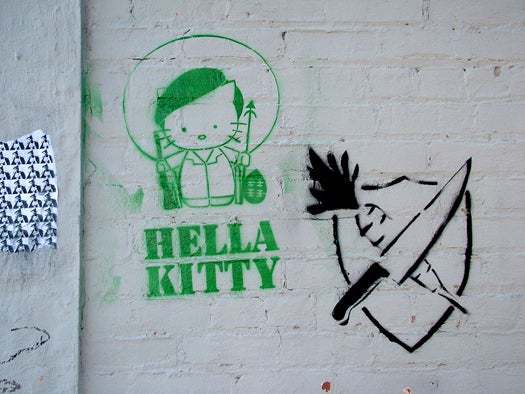 Beloved by Bay Area natives and loathed by the rest of the country, the term “hella” has entered the general American lexicon thanks to the combined efforts of No Doubt and South Park. And now, if University of California, Davis, physics student Austin Sendek gets enough signatures, it might enter the scientific dictionary as the prefix for numbers with 1027 zeroes.

The International System of Units (SI) provides standards for scientific weights and measurements, like Kelvin and the mole, as well as the prefixes for naming quantities of different magnitudes. Thanks to advances in computing speed and storage, high order prefixes like peta-, giga-, and even yotta- have become familiar to lay people, as well as scientists. Primarily, those prefixes come from the Greek word for a particular number.

That’s where Austin Sendek’s petition comes in. Currently, the SI prefixes stop at 1024, or yotta. Sendek selected 1027 for hella-, rather than the obvious next step of 1025, because the 10^27 magnitude appears frequently in measurements relating to the sun. Under Sendek’s proposed naming schema, the sun would weight 2.2 hellatons, and release 0.3 hellawatts of energy.

You can help Sendek by going to this Facebook page, and signing his petition to the SI unit’s international regulatory body. Or, if you cringe at the thought of this obnoxious slang term proliferating further, just like, chillax dude, it’s all good.