Over five years ago, scientists succeeded in teleporting information. Unfortunately, the advance failed to bring us any closer to the... 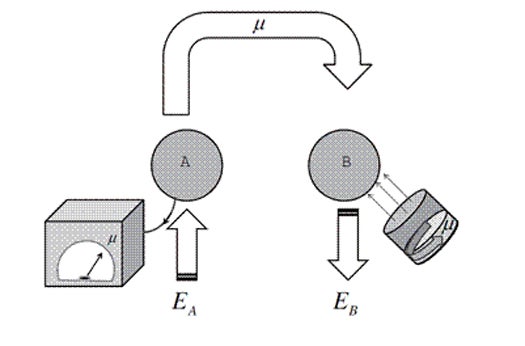 Over five years ago, scientists succeeded in teleporting information. Unfortunately, the advance failed to bring us any closer to the Star Trek future we all dream of. Now, researchers in Japan have used the same principles to prove that energy can be teleported in the same fashion as information. Rather than just hastening the dawn of quantum computing, this development could lead to practical, significant changes in energy distribution.

According to the theory, developed by Masahiro Hotta of Tohoku University, Japan, a series of entangled particles could be stretched across an infinite amount of space. By inducing an energy change in one of the particles, the other entangled particles would change as well. Eventually, to preserve conservation of energy, the original particle would be destroyed, with its energy passing to the final particle in the chain. Thus, the energy has been teleported from one particle to another.

Naturally, Hotta doesn’t present any blueprint for replacing power lines with teleporting energy, concentrating instead on the implications for studying quantum mechanics. However, with a concept this profound, the implications beyond theory are nearly endless. So let’s hear what you’ve come up with! Commenters, I want to know: how would you use energy teleportation?