The liquid-metal machine could one day help make aluminum components on a ship out at sea. 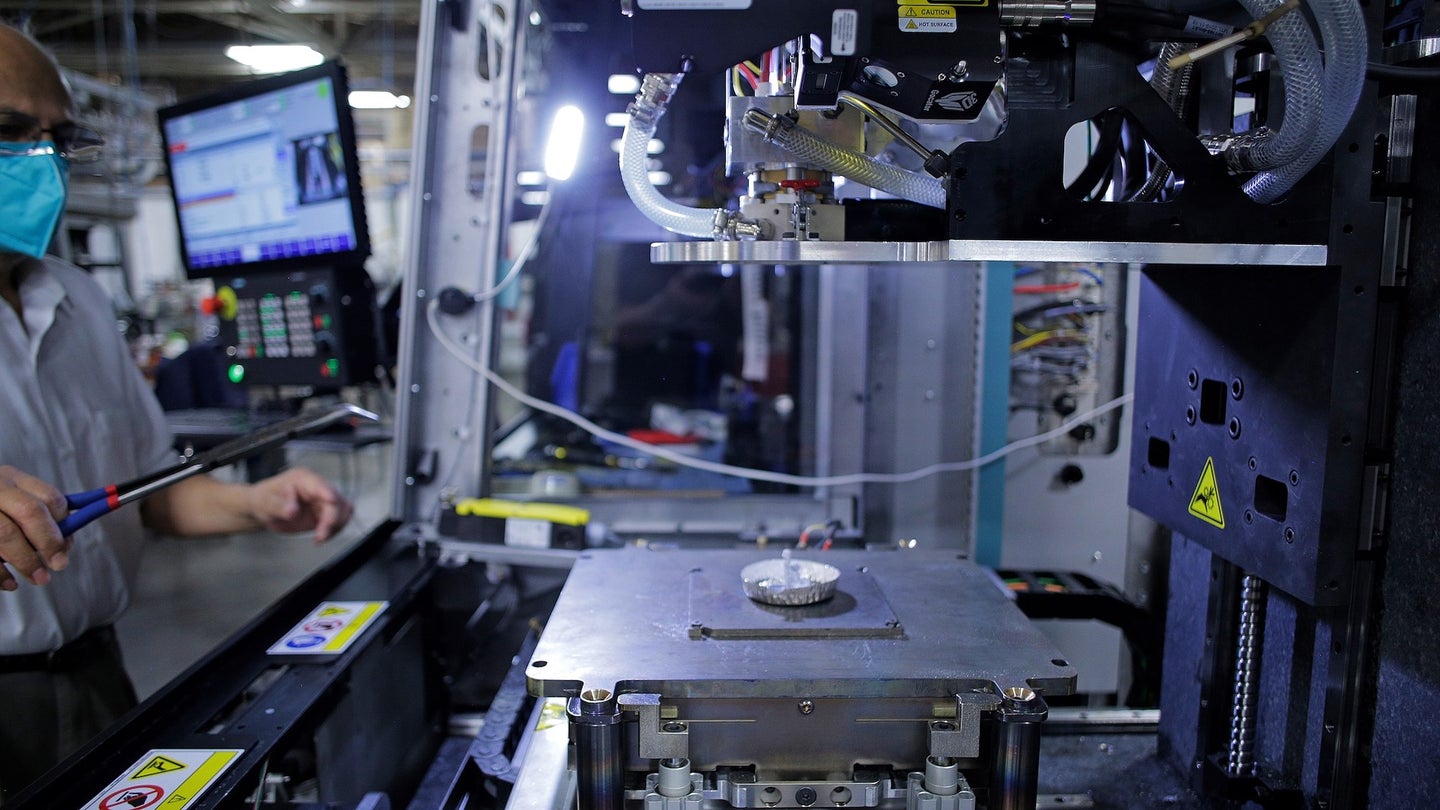 Xerox’s new printer is 9 feet wide, 7 feet tall, and reaches an internal temperature of more than 1,500 degrees Fahrenheit. It’s not an inkjet, of course—it’s a 3D printer that can produce bespoke metal components. The Naval Postgraduate School, a grad institution for Naval officers and others, is the first place to put one of these massive Xerox machines into service.

Aluminum wire is the base material that the printer, the ElemX, uses to create metal parts. It’s like a tiny aluminum foundry in a machine that might someday find a home on a ship out at sea, where the ability to create a custom aluminum part that’s strong and light could come in handy. “Aluminum is very resistant to oxidation and corrosion,” explains I. Emre Gunduz, an associate professor of mechanical and aerospace engineering department at the Naval Postgraduate School. “In maritime environments, that’s a very significant factor.”

While the Navy clearly couldn’t use it for large jobs—it won’t print a torpedo any time soon—it may be a good solution for small problems that need a durable part. “There are many bits and pieces on a ship and a submarine,” Gunduz adds.

The liquid metal printer works by starting with a spool of aluminum wire. “We melt the wire, and then, in the liquid form, we jet droplets of aluminum, drop by drop, layer by layer, building the part,” explains Tali Rosman, vice president and general manager for 3D printing at Xerox.

Most commercial 3D metal printing requires powders, which can pose an “explosion risk,” Rosman says. That means that the common aluminum wire required for the Xerox contraption is a better, safer fit for a Naval ship. Plus, metal powders also can present a “breathing hazard,” Gunduz points out. In the tight environments of a ship or sub, wire makes more sense.

Right now, the printer is on land at the Naval Postgraduate School in Monterey, California, and Gunduz says they need to do further research before a machine like it would be deployed at sea. “There are certain considerations, like vibrations, and shaking, and things like that—those are the things that we need to evaluate before we can put it on a ship,” he says.

The widgets and gizmos it prints can have a volume of about 12 inches by 12 inches by 5 inches, and the length of time it takes to produce a metal piece varies. The printer may need about 3 to 4 hours for a “nice-size part,” Rosman says, but littler items “would be much faster.”

Here’s more on how it works:

This article has been updated since it was first published.