How It Works: An Amphibious Vehicle That Can Carry Three Tanks

No coastline will be safe from this beach-storming behemoth. 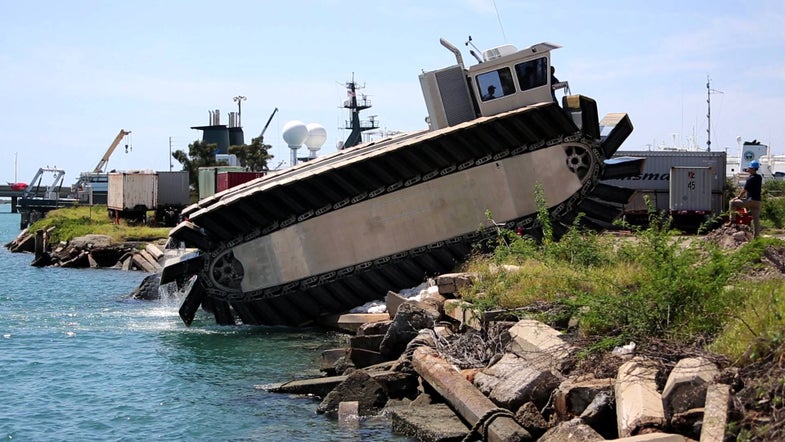 When U.S. Marines landed at Inchon during the Korean War, they had to abandon their amphibious vehicles and cross tidal mud flats on foot. Today, the Navy uses the more versatile Landing Craft Air Cushion (LCAC) to move troops and supplies from ship to shore. But these hovercraft can’t carry much cargo or crawl over obstacles. So the logistics of water-to-land transfers continue to bedevil planners and put lives at risk.

Since 2008, the Office of Naval Research (ONR) has been working with ship-design company Navatek to develop an entirely new kind of beach stormer called the Ultra Heavy-Lift Amphibious Connector (UHAC). The vehicle is unique for two reasons. First, it’s massive. UHAC should be able to haul three U.S. Abrams main battle tanks at a time, compared to just one on an LCAC. Second, it’s light. Air-filled foam treads give the fully loaded vehicle a ground pressure of just a few pounds per square inch—lighter than an adult human’s footstep. “In places where a person would sink into the mud, UHAC would walk right over,” says Frank Leban, deputy UHAC program manager at ONR.

The beast of a vehicle should be able to power up steep slopes, climb over 12-foot seawalls, and traverse just about any terrain: mud, sand, and even ice. The ONR most recently tested a half-size prototype in July, but it has yet to announce a release date for the full-size vehicle. Once it arrives, the amphibious craft could support military or disaster relief operations on almost any coastline in the world. 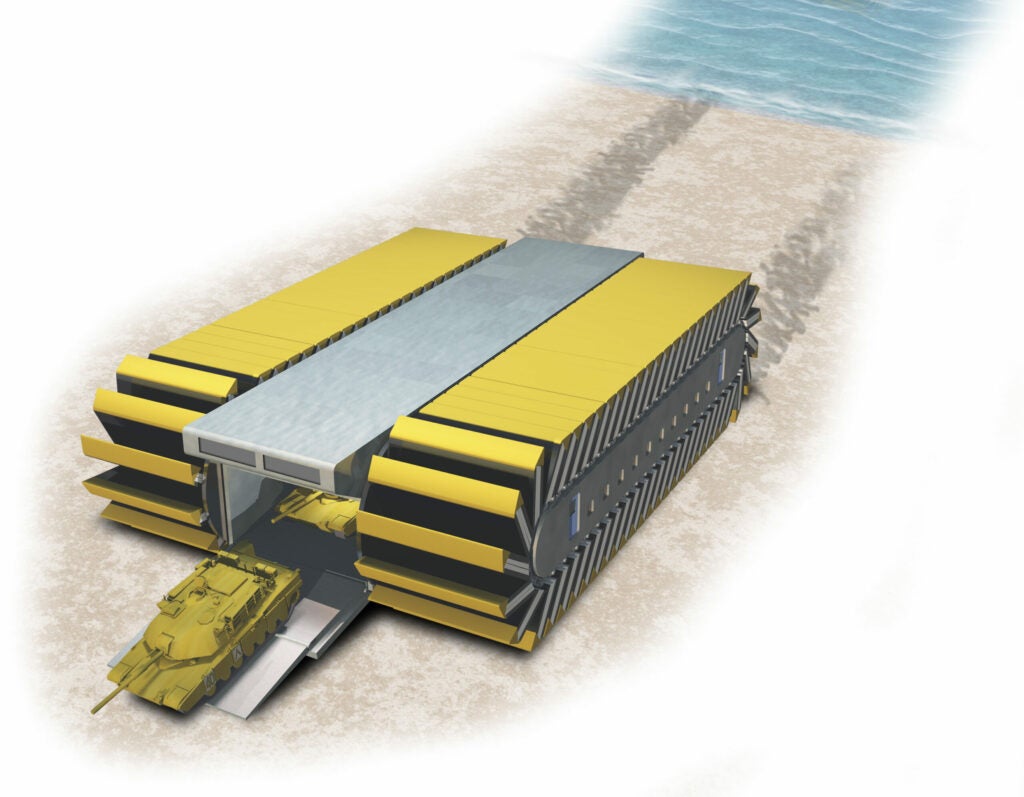 A combination of diesel engines (for fuel efficiency at low speeds) and gas turbine engines (which enable high-speed travel) could generate 12,000 horsepower.

Pressurized air in the treads’ blocks helps keep the craft afloat, and durable outer materials protect them against wear and tear.

Two caterpillar tracks of 16-foot-wide foam blocks allow the vehicle to function like a paddleboat in water and like a tank on land.

With 2,500 square feet of deck space, UHAC should have almost twice the storage area of LCAC to load up supplies and equipment.

Download a 3-D–printable model of the Landing Craft Air Cushion in .STL file format here. You can also find full instructions on printing and assembling this model here and an interactive model, below (best viewed on a desktop browser).

This article was originally published in the November 2014 issue of Popular Science, under the title “A Beach-Storming Behemoth that Leaves No Trace.”