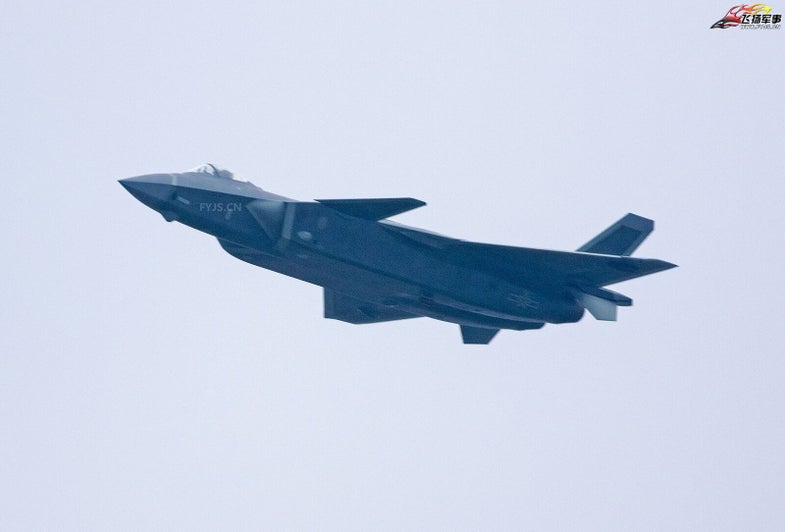 The J-20 will be stealthy, fast, heavily armed with long range air to air missiles, and state of the art radar and infrared sensors. Perhaps more than any other weapon, the J-20 represents China's military modernization. www.fyjs.cn, via Andreas Rupprecht at China Defense Forum
SHARE 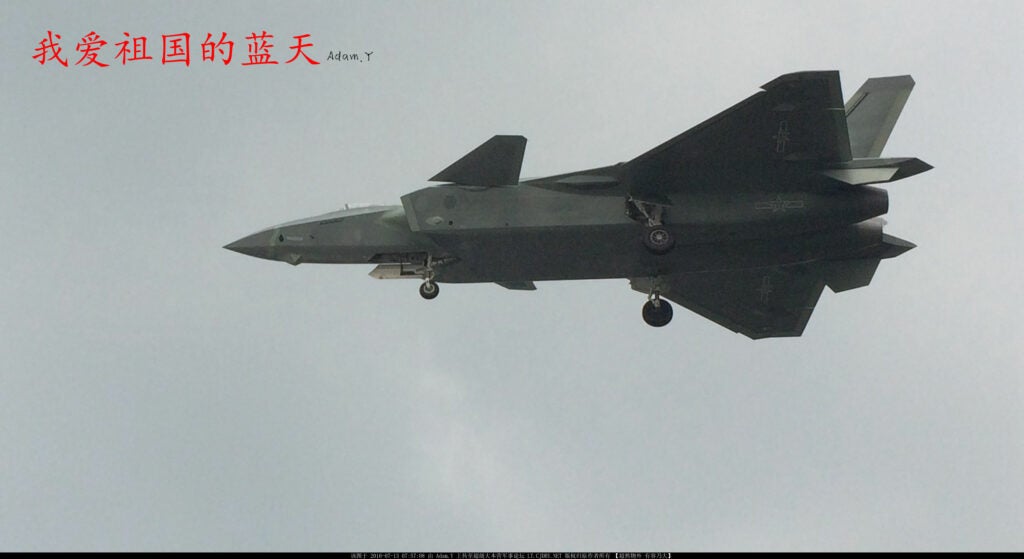 The two most recent production J-20 fighters, probably numbered “2103” and “2104”, are fresh out of the Chengdu factory. Notice the PLAAF insignia stenciled on the lower fuselage and underside of the wings.

In July 2016, the Chengdu Aircraft Corporation rolled out two more low rate initial production (LRIP) J-20 stealth fighters. This brings to a total of four J-20 fighters built for service into the Chinese air force, as opposed to the original eight J-20 prototypes, which are still undergoing a rigorous flight testing regimen. At this rate of production, China may have 12 production J-20 ready to hand off to a PLAAF squadron for operational and flight familiarization, with an initial operating capability (IOC — meaning those fighters can conduct combat operations) in 2017-2018.

The two newest J-20 fighters are painted with a very dark grey paint job, along with new low visibility PLAAF insignias on the lower fuselage, beneath the wings. If the J-20 meets its 2017-2018 IOC target date, it will give China a technological edge in air to air combat over all its Asian neighbors, who do not yet have 5th generation planes. As a heavyweight stealth fighter, it is armed with long range missiles, electronic warfare, advanced radar and passive sensors, making it a respectable competitor to even the new US F-22 and F-35 stealth fighters. CAC is already planning a series of future updates to keep the J-20 state of art; domestic WS-15 engines are just one of them.

Fighter on a Truck

Wrapped in a tarp, the second J-31 prototype leaves Shenyang, on an escorted convoy for specialized testing (since the wings are completely integrated into the fuselage, it’s too wide to be shipped by train or air).

Images have also shown that the second J-31/FC-31 prototype is being transported on Chinese highways, similar to the transportation of the first J-31 prototype in the summer of 2012. The fighter was moved from the Shenyang factory to a testing range in another part of China. China’s second fifth generation fighter, the J-31 is a twin engine, medium weight stealth fighter built by the Shenyang Aircraft Corporation. It is undergoing testing, while waiting for firm domestic and export orders. A display floor model of an improved J-31, with a larger fuselage, improved indigenous engines, stealthier features and improved sensors, was prominently displayed at the Zhuhai 2014 Airshow. The second J-31 prototype, incorporating those improvements, is expected to make its first flight soon, if it already hasn’t done so. A first flight of the improved J-31, just in time for the 2016 Zhuhair Airshow, would greatly improve its sales prospects at home and aboard. 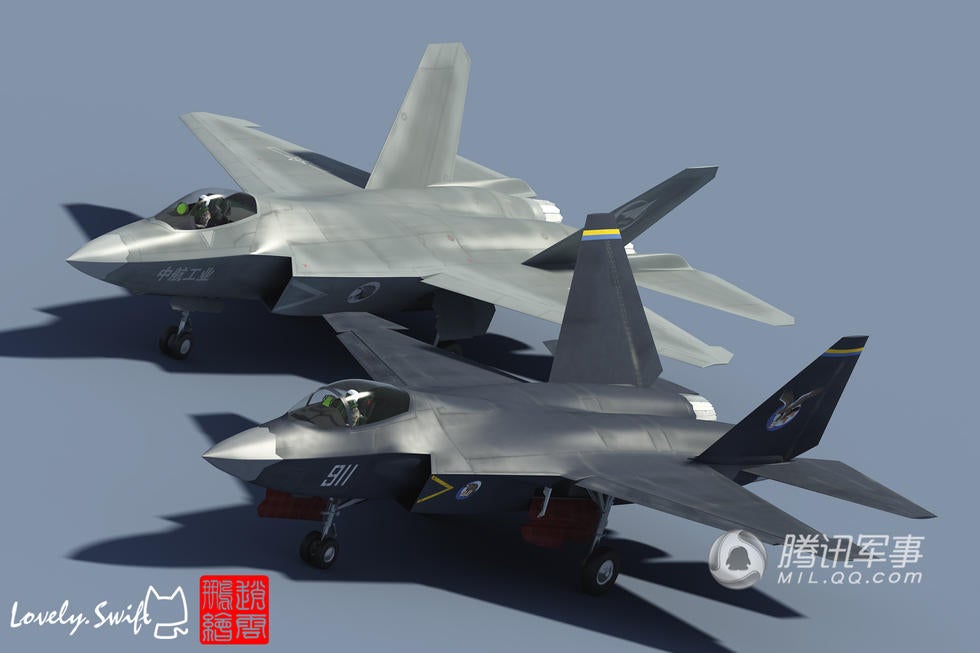 The new J-31 prototype (the one in lighter gray paint) is expected to be larger, have a nose mounted infrared search and tracking sensor, and stealthy features (such as clipped horizontal and vertical stabilizers).

With two stealth fighters soon to enter service, China is making another critical step in becoming a 21st century air superpower. And as Chinese defense exports grow, the J-20 and J-31 could start making the rounds at foreign airshows, and possibly even in foreign air forces.