What Will The Battleship Of The Future Look Like?

Will there even be battleships in the future? 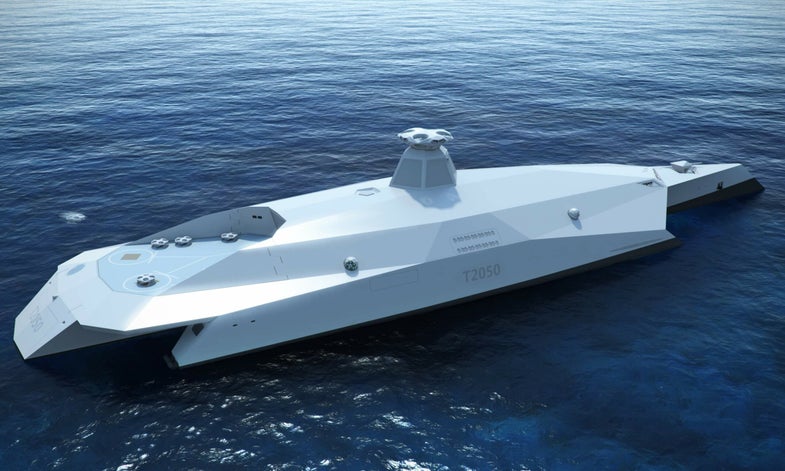 Just like video killed the radio star, airplanes killed the battleship. After a few centuries of innovation, large, gun-firing ships suddenly found themselves in World War II outranged and outmatched by flat-topped vessels with no guns at all. Aircraft carriers could send their fighters and torpedo-bombers to attack at distances far beyond the reach of cannons. It was a sea-change in naval combat, and big battleships have yet to regain their prominence. That doesn’t mean they won’t someday.

Startpoint, a maritime think-tank and design team funded by Britain’s Royal Navy and the Ministry of Defence, released concept art for the warship of 2050, and it’s a slick beauty that combines the best features of both battleships and aircraft carriers into one small, low-profile body

Dubbed the T2050, the concept looks like a cross between the U.S. Navy’s experimental Sea Shadow, a trimaran, and a G.I. Joe playset. In design, it borrows heavily from the U.S. Navy’s Zumwalt destroyer, a highly automated vessel built to carry weapons that don’t exist yet. Like the Zumwalt, T2050 features a landing pad in the back. In the configuration shown, it can launch a pair of drones at a time, but there’s also a hangar to accommodate larger, manned helicopters. 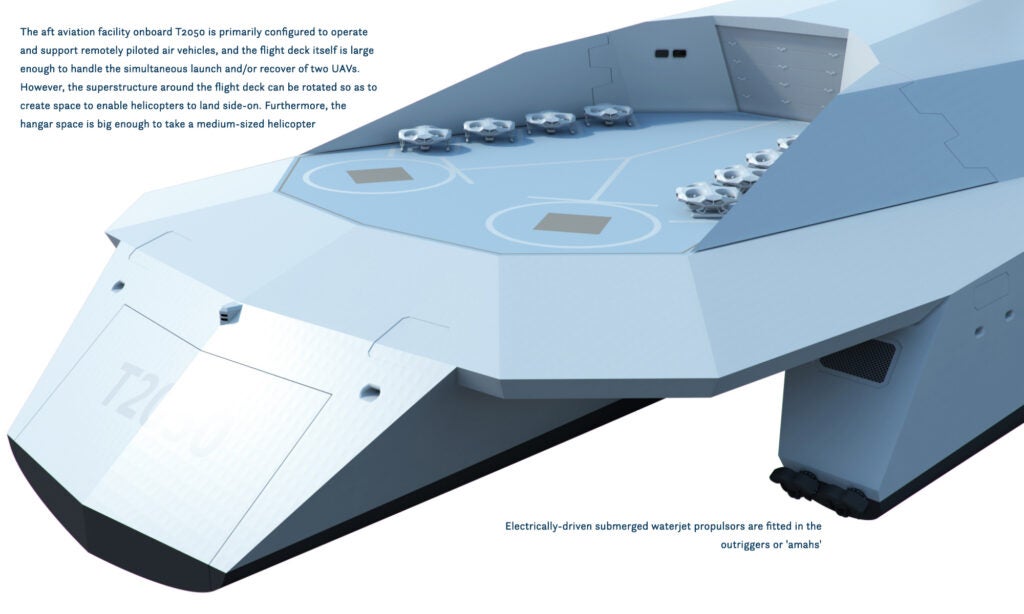 At the front of T2050 is an electromagnetic railgun. These weapons, of which several are in development right now, accelerate projectiles with electromagnetic force to speeds several times the speed of sound, making even small ships as deadly and useful as the battleships of old. The Pentagon wants weapons like this by 2020; Startpoint putting it on a ship from 2050 is as safe a bet as it gets.

The concept also includes a back dock to launch and retrieve underwater robots, and an internal command center where the small human crew can control the robots they’ve launched into the air and sea. If the pre-World War II seas belonged to the battleship, and the post-World War II seas to the aircraft carrier, the seas of the future could very well be dominated by small deadly ships with both cannons and aircraft. 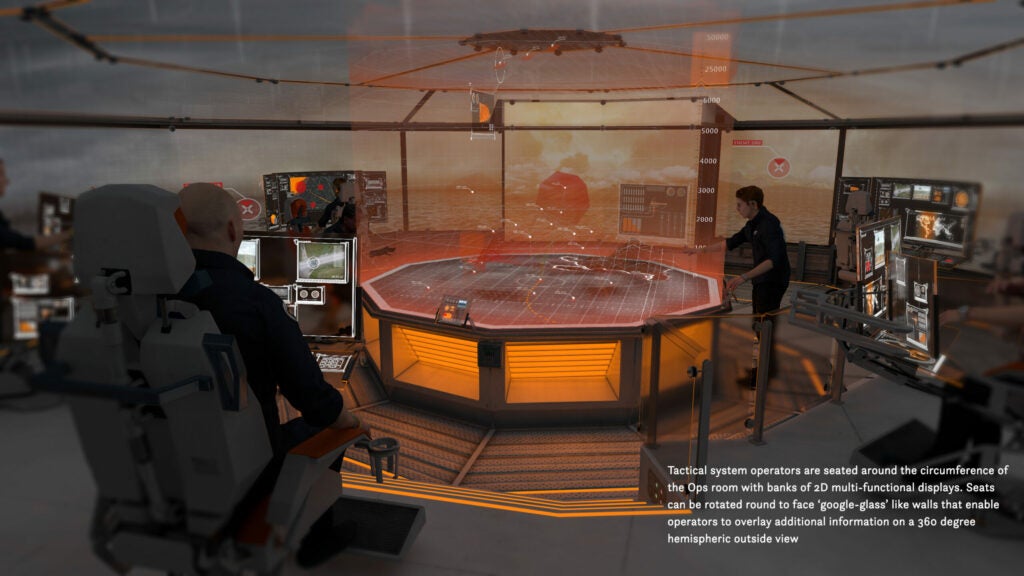