A Helmet Inspired By Woodpeckers Could Save Football Players From Concussions 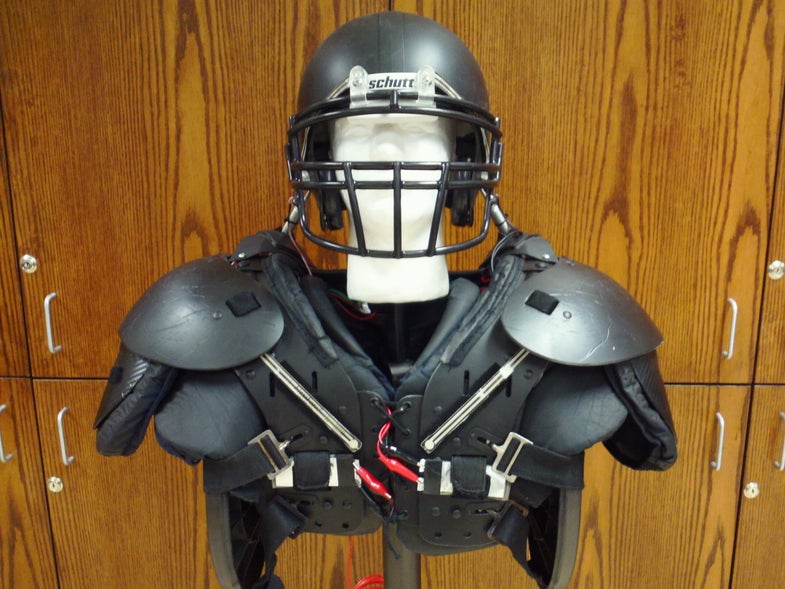 High school football players don’t have it easy. A report from 2013 states that they’re twice as likely to sustain a concussion than college players, and often these injuries go unreported, mostly because high schoolers would rather play through a game.

Berto Garcia got a concussion during his high school footballs years, and was told he couldn’t play any more. As an electronics-savvy individual, Garcia decided he wanted to come up with a solution.

“I was 15, a sophomore in high school, when I started this project—I knew what materials I needed, but didn’t know how to build it or code it just yet,” Garcia says.

He began studying animals that experience daily hits to the head without suffering damage, such as rams and woodpeckers. He found that these animals have stabilizer muscles in their necks that help reduce whiplash. Humans, unfortunately, aren’t built with these stabilizer muscles, and, to add insult to injury, the studies around concussions and their relation to depression, suicidal thoughts, and neurodegenerative brain diseases in retired football players continue to grow.

Garcia bought an Arduino microcontroller and taught himself how to program it. Once he had worked out the needed parts for the headgear, he installed custom-made force sensors inside a helmet. With the help of his mentor and high school physics teacher, Elias Perez, he calculated the G-force equations the sensors would need to execute.

Garcia had to come up with a solution for testing his device as well. “Right now, there’s not a testing method established for a system like this,” says Garcia. “Currently, football helmets are dropped on the ground during safety tests. With the help of my father, we created our own way of measuring how well the stabilizer was working.”

The two set up a cannon that shot a projectile at the helmet and shoulder pads. When the projectile hit, they could measure in inches how well the stabilizer helped reduce the movement of a hypothetical player’s neck. From their tests, Garcia notes that his stabilizer could reduce whiplash from 16 inches of motion to just 4 or 5.

Though the original intention was to reduce the amount and severity of concussions in football players, he’s had interest from the military as well, and even received a scholarship from the Navy to continue to develop his work. Now at Texas Tech, Garcia has decided to study computer engineering.